Written by Natalie Chalk, a UK journalist, and former newsdesk production editor at MailOnline and Daily Express who now writes at chalkmarks.co.uk

Zagreb is the capital city of Croatia in Central Europe, and špica pronounced sh-pit-za is about being seen, and enjoying coffee.

Špica, takes place all over Croatia, though it was mostly on show in Zagreb. Starting mid-morning, and lasting all the way till after lunch, the pedestrianized Main Square and the Flower Square in Zagreb are where it’s all at.

The špica custom began in the 19th century, and there are estimates of up to 100 coffee shops in the compact ‘Špica area.’

Croatians are among the world’s biggest coffee drinkers, and it’s evident in Zagreb.

Where To Drink Coffee In Zagreb 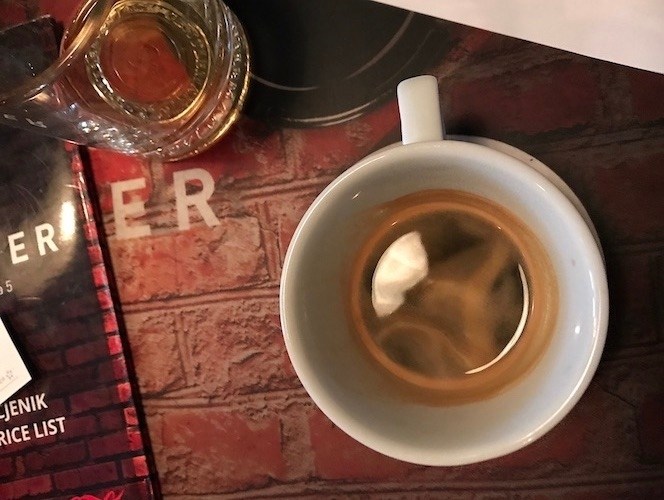 Before you head out into the capital to see the latest fashions on display, you’ll want to know the places for coffee in Zagreb. Making this list was hard – as there are so many to choose from.

Find Out How To Order Coffee Here

Okay, now it’s time to hit Zagreb. When I arrived on Saturday morning, the streets had turned into a catwalk.

The cafés quickly filled up as people stroll and have coffee in the city center. The locals have dressed to impress in the same way I’d wear my best outfit for Saturday night cocktails.

This Croatian phenomenon is špica, and captures what I’d say Croatians care about most, that is being with family and friends and looking fashionable.

You could slurp caffeine in any of the coffee shops during these hours, but it wouldn’t be Špica without the fashion. Make sure you look your best, as photographers roam the city and publish photos of the best outfits online and in magazines.

With so many cafes in this compact area, all you need to do is to take a seat in and watch the show.

The custom began in the 19th century and might explain why Zagreb is not swamped with chain coffee shops. There’s not a single Starbucks or Costa Coffee insight. Both came and left promptly, or so I am told.

This capital city has its own rules. Coffee here is not casual. It’s not to bring a laptop or to order a latte in a pint-sized paper cup to take away.

Neither is it Italian, where it’s important to drink espresso at the bar as soon as it’s poured.

Instead, there’s a sense of occasion. You take time over coffee. You can even buy a sandwich from a bakery and eat it at your table. You sit and converse for on average two hours.

If you’re alone, you read a newspaper, sit outside and smoke or put on your sunglasses and just stare.

So wearing an uncomfortable dress and my high heels, I step out to walk the walk, talk the talk and drink the coffee, Croatian style.

In the Flower Square aka Cvjetni Trg, I take a seat out in the sunshine at the Cafe de Paris. Inside there are velvet chairs and mural artwork, and outside there’s a large seating area with neat tables and uniformed waiters. Best of all though, it gives you a great view to people watch.

To my right, the florists sell beautiful roses and to the left and straight ahead are packed coffeehouses.

For my first coffee, I order an espresso. I had high expectations and was not sure what to expect, but I needn’t have worried. It was excellent. It had to be with so many venues to choose from.

Barely 10 minutes passes though, and I neck it – so I ordered another.

With the average Croatian drinking four coffees a day, you’d think this would see them ranked highly among the world’s coffee drinkers. Yet, in a recent poll they only just made the top 20. Finland, Norway, and Iceland took the top three spots. Croatia reached number 19 – not bad for such a small country I guess. But, coffee is a religion here.

Under the warm sun, I begin to relax and take in the other coffeehouses.

I watch glamorous women in trendy ripped jeans and sunglasses, bearded hipsters in colorful jumpers, teenagers in branded sportswear, men in designer suits and a juggler in a onesie.

It’s a mecca for the young and trendy set in an outdoor living room. 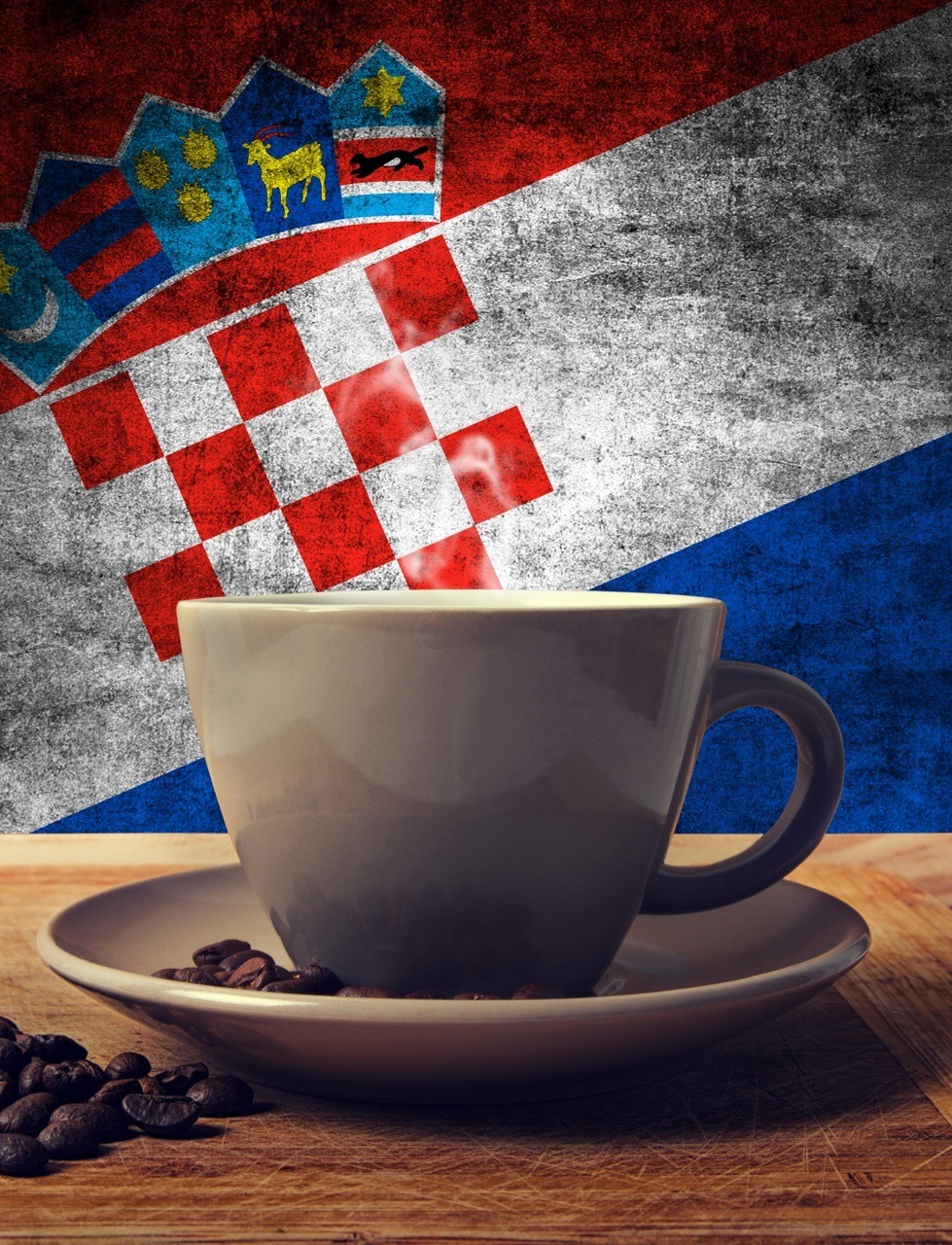 Take just ten steps forward, and there’s 30 more. It feels as if there’s a seat for everyone in town.

They’re all independently owned offering their own unique experience inspired by the coffeehouses of Paris, Vienna, London, Prague, and Budapest. There’s cute, retro and hipster coffee bars with big sofas. Some are hidden down narrow passages, others upstairs with balconies or down in dark basements, and a few are spread across many floors.

In Peper cafe, they play the Beatles, and in the Millennium cafe, coffee comes served with gelato.

As a European capital city, Zagreb doesn’t have the adrenalin of London or Lisbon. It’s buzzy but not busy.

There are no skyscrapers and the highest building in the country remains the cathedral.

After a couple of hours sitting, I need to get up. I had planned to walk the Green Horseshoe, which is a mile-long route that takes in the Botanical Gardens, the National Theatre, the cathedral, the Green Market and Stone Bridge. But I’ll go tomorrow.

Now I’ve shifted down a gear; I want to linger.

I wander, peek into cafe windows and strut across the tram filled street over to the Ban Josip Jelačić Main Square. The two big coffee houses Mala Vavana, and Johann Franck are both full.

I squeeze into a corner seat at K&K (knjiga&kava which means book and coffee). Inside it’s dark and cozy, packed with photos on the walls of the late journalist and owner Zvonimir Milcec. It is now run by his daughter Ana.

By my third coffee, I realize I have barely made it out of the Špica area.

But in that short time, I understand Špica underpins a whole way of life – one cup at a time.