Things To Do On Cres Island, Croatia

Home > Things To Do On Cres Island, Croatia

Things To Do On Cres Island, Croatia

The Island of Cres has a history ribboned with changing governing empires. The island was independent until the Romans took control in the second century. After regaining power in the 10th century, the island was almost overtaken multiple times by the Venetian Empire between 1000-1797.

In the early 1800s, the island was absorbed into the Austro-Hungarian Empire, and after World War I, Cres fell under Italian rule. At the end of the Second World War, the island was given over to Yugoslavia and was part of Croatia when the country declared independence in 1991.

As a result of trading hands so often, the island’s culture and architecture are diverse and exciting. Cres is also very sparsely populated, making it an excellent reprieve from Croatia’s typical tourist attractions.

Last but not least, its stunning landscapes are magical, making it one of the best Croatian islands to explore.

So here you have some things to see and do on Cres! 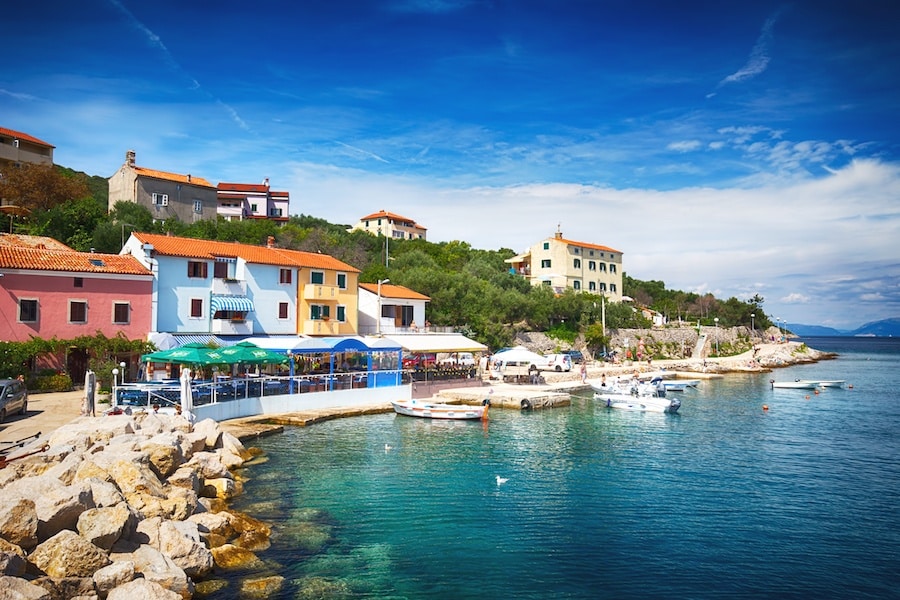 Once you make it off the mainland, you will be spellbound by the scenery on the island. The coast of Cres is dotted with numerous bays and coves that beckon you to explore them. The ancient forests and hidden towns that litter the hilltops echo back to a time when life was much simpler and, in a way, more mysterious. The cliffs are impressive, and in places, they shoot straight up out of the ocean and head skyward.

While staying on the island, you will most likely be in Cres town, known for its architecture heavily influenced by the Venetians and is beautiful beyond imagination. Things to see in Cres Old town include the Venetian Tower, Municipal Loggia, Remnants of the city walls, Old Roman Bridge, and the Beli Olive mill.

Put your adventurer’s cap on as you trek outside the city and explore Cres’s smaller settlements, Lubenice, Beli, Valun, and Martinšćica. Perched on top of a cliff 378m above sea level is Lubenice, where you’ll find a medieval fortress and the remains of the city walls.

In summer, the village hosts Lubenice Evenings, where some of Croatia’s best performers entertain scores of visitors to the island. Directly below Lubenice is St John Beach, which was ranked 15th best beach globally by Bild magazine.

The village of Martinšćica sits on a breathtakingly beautiful bay with a spectacular pristine pebble beach and makes for an enjoyable swim stop. Be sure to take your camera because this bay is stunning.

Once you are finished, continue up to one of the major peaks on Cres Island, Niksa, Križić, and Sis, which will give you the best panoramic views out over the Kvarner Bay. With over 100km of marked trails, hiking Cres is an excellent way to see the natural treasures of the island, some of which include the freshwater lake Vrana, the Tramontana Woods with its oak, hornbeam, chestnut, and archeological sites, and if you have a keen eye, look to the sky and try and spot the endangered Eurasian Griffon.

Cres’s hidden coves provide for some superb snorkeling. There is also a scuba diving center located on the island if you feel like delving deeper into the crystal clear Adriatic waters. If you just feel like meandering around the outskirts of the island, you can hire a boat for the day and find your own little private beach. Cres’s most famous beach is Mali bok, but the beaches at Martinšćice and Valun are equally lovely.

Take your pick from one of the many restaurants scattered throughout the islands that provide authentic Croatian food. Some of these establishments will let you sit literally on the seaside, while others are tucked amongst the shade of trees and allow you to dine alfresco.

All of them provide fabulous fare ranging from exquisite local seafood to the famous Cres Lamb, which you absolutely must try. You’ll find that Cres lamb is prepared one of two ways –  cooked under the bell (ispod peke) or spit-roasted; it tastes fantastic cooked, either way, so try both, and you decide. Here are a few noteworthy Cres restaurants worth trying:

Throughout summer, there are numerous festivals across the island. Some of the best events are the Cres Town Summer Nights, The Summer Carnival, The Summer Festival, Vidovici Martinscica, Days of Tramuntana, and Belej St. Rocco that feature live bands and entertainment. Belej St. Rocco is the largest of all of the festivals and happens on August 16th of every year.

Throughout the rest of the year, Cres is much quieter; however, there are still some excellent events, including the four islands MTB race, Kvarner Bay challenge, and foodies should not miss the days of Cres lamb and olive oil. 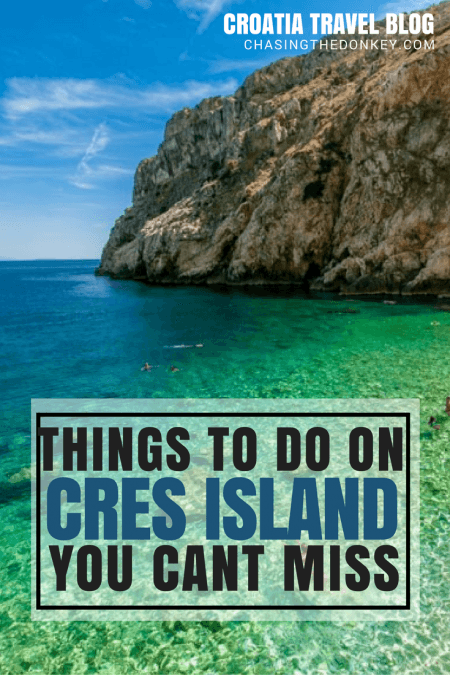 Now that we have you convinced to put Cres Island on your Croatian itinerary, you might be wondering how to get there!

To get to Cres, you are at the mercy of the ferries. So be sure to check the ferry schedules, so you don’t get stuck waiting around.

While mainland Croatia is splendid, there are loads of things to discover across the Adriatic sea on Cres!