I decided to start to learn more about my new home country before I moved to Croatia. And every time I start researching, I get so fascinated by what I find. Unknown to many people, Croatia has a rich history and culture.

Proof of that can be found in the items which are located on the UNESCO Intangible Cultural Heritage List. UNESCO established a list to ensure better protection of the critical cultural heritage around the globe.

The UNESCO Intangible Cultural Heritage List is made up of intangible heritage elements that require urgent safeguarding. The UNESCO committee has so far inscribed over 35 elements globally.

The list comprises worldwide, and I was delighted to find that Croatia’s rich culture has 17 cultural masterpieces on the list. All in addition to the ten sites inscribed on the World Heritage List. That’s the second-highest for European countries, behind Spain, which holds 18. Go Croatia!

Safeguarding the time-honored traditions are of great importance for Croatian culture. Those inscribed on the UNESCO list are:

Song themes range from social issues, politics, and love – not much different from today’s music, really. The survival of the Ojkanje singing is in part due to local groups who perform at festivals and the tradition being passed down to younger generations.

Lacemaking in Croatia began during the Renaissance period, when it spread throughout Europe and the Mediterranean. Croatian’s used lace initially to make ecclesiastical garments or ornaments for clothing and tablecloths. Recognized as an essential part of the Croatian culture, it was inscribed by UNESCO to the list in 2009.

Lacemaking traditions are a deep part of the Croatian Culture, and lace has increased in popularity over the years, thanks to some unique patterns and designs. The process of lacemaking involves embellishing a spider web pattern with geometrical motifs. It is often taught by an older woman who offers a 12-month long course to learn the complicated techniques.

Those interested in learning about lace may want to visit the beautiful International Lace Festival celebrated in Lepoglava in northern Croatia or on the Adriatic Island of Hvar, where lace is made of aloe leaves exclusively created by the Benedictine nuns. The International Lace festival on Pag Island is now in its 6th year and includes a lacemaking workshop.

For a long time, rural women have created lace as a source of income, and you can still find women in villages creating masterpieces that are for sale.

Beginning in 1715, the town of Sinj holds a unique annual equestrian event. Held on the first Sunday of August, the event consists of an equestrian competition where suited horsemen knights gallop at full speed, armed with a lance to attempt to secure a metal ring called the ‘Alka,’ which is suspended several meters from the ground.

We were invited to this Croatian Culture spectacular this year and can’t wait to visit again next year.

The entire community supports the knights selected from the local Alka club for this event. Preparations for the event and restoration of the equipment, clothing, and accessories are all carried out by proud locals.

The Sinjiska Alka is one of the only remaining examples of medieval competitions held in Croatia until the 19th century. Inscribed on UNESCO’s list in 2010, the Alka competition has become an essential part of local history.

In 2009, the procession, which takes place on Hvar Island before Easter each year, was entered onto the list. Known as the Procession Za Krizen in Croatian, following the cross is a massive event on the Croatian culture calendar.

The 500-year-old tradition begins simultaneously at 1opm on Holy Thursday (Maundy Thursday) in six villages; Vrbanj, Pitve, Svirce, Virsnik, Jelsa, and Vrboska on the Island of Hvar. Led by the barefoot cross-bearers, the processions continue to 7 am, where the cross-bearers and following members of the community return to their respective starting points.

Members of the procession are chosen approximately 20 years in advance by the form of registration. The cross-bearer, who carries the 18kg cross, is followed by two friends and those carrying candles and lanterns, as well as five choral singers. 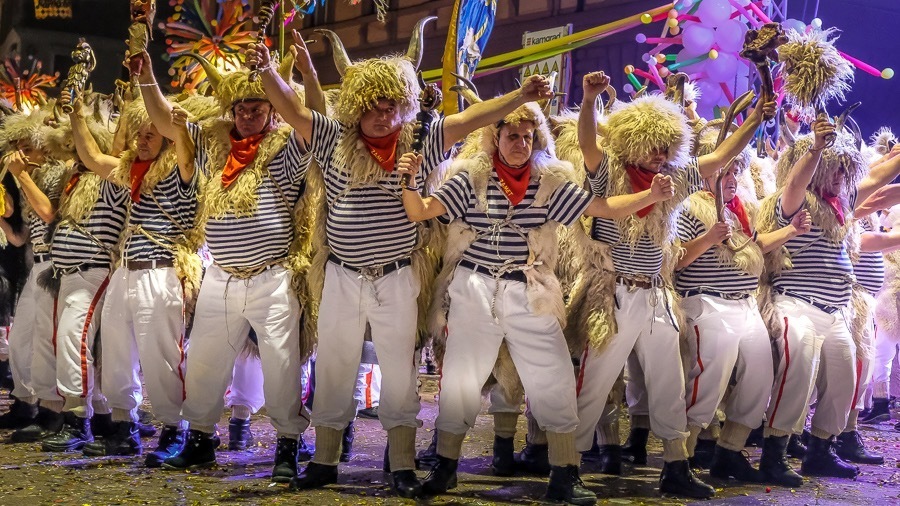 This Croatian custom which is practiced in the Kastav region of northwest Croatia was added to the UNESCO Intangible Cultural Heritage list in 2009. Beginning in January through to Ash Wednesday, groups of between 2-10 men march from village to village dressed in sheepskin throws turned inside-out & bells, after which the ringers were named.

Sounds from the bell are made by various motions of their bodies, which requires skill and much physical endurance. Began as a way to invite growth and fertility at the end of winter for the upcoming spring, the marchers create such extraordinary music and a bond throughout the villages by which they pass.

The Nijemo Kolo is a silent dance that originated from the Dalmatian hinterland in Southern Croatia. Included on the UNESCO list in 2011, the dance is performed in a closed circle with men leading their female counterparts in quick and unplanned steps. Unlike most dancing, the Kolo is performed without any music.

Although you can still find the spontaneous performances of the Kolo, today, you’ll find most of the Nijemo Kolo dancers performing at local shows, international festivals, and carnivals with a routine. Villagers have recently added choreography to keep the distinction between each village and as a way to protect the tradition.

Sold in fairs and markets across the country, the wooden creations have become popular with locals and tourists. You can even find the wooden pieces of art being exported internationally.

Made by men in each village using dried willow, lime, beech, and maple wood, local women decorated the toys with bright colored paint. Toy manufacturing became protected by the UNESCO list in 2009, with the techniques being passed from one generation to the next.

Becarac is a humorous type of folk song. Possessing a powerful voice, the singer performs at village parties in eastern Croatia; Slavonia, Srijem, and Baranja. Through song, the singers convey the community’s values and enable singers to express their own thoughts and feelings.

Added to UNESCO’s list in 2011, the performances last as long as the singers’ creativity and energy can last.

The festival combines a celebration of St. Blaise through a ritual of blessings and prayers for the coming year and a parade of traditional songs and dances. The festival, which attracts both locals and international tourists, showcases folk costumes and traditional foods. 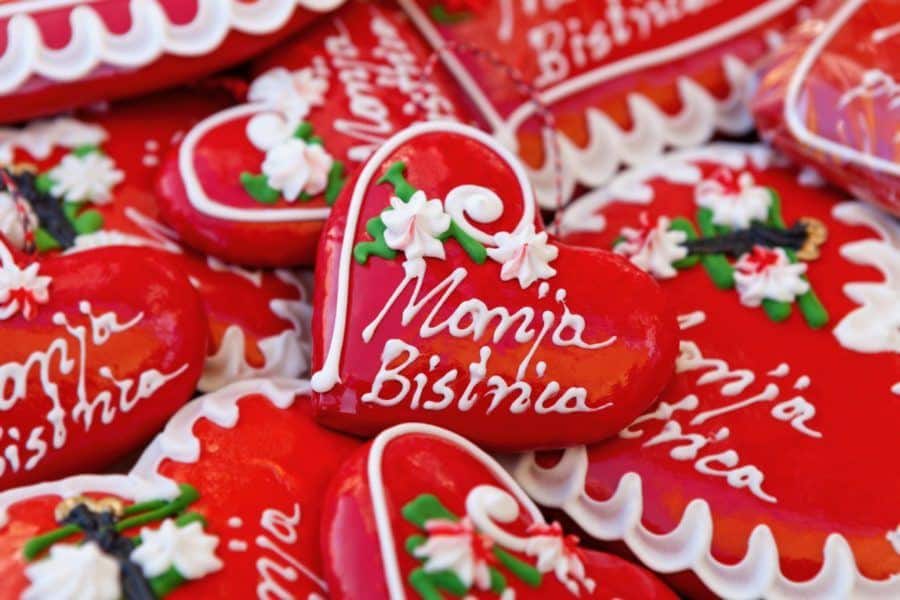 In the Middle Ages, gingerbread cakes made in wooden molds were produced by many European monasteries; this craftsmanship reached a different level in Northern Croatia. The gingerbread in Croatia, called Licitars, was included on the list in 2010.

The process of making licitars requires great skill. A standard recipe of sugar, flour, water, and baking powder is used for all. Still, the gingerbread is shaped, baked, dried, painted, and decorated with edible colors in a never-ending amount of varieties.

Performed in spring by the young girls from Gorjani, located in Slavonia, northeast Croatia, the sweet young girls sing from house to house in a procession. Included onto the UNESCO list in 2009, the original reasons for this procession are largely unknown; now, the local villagers view it as a beautiful showcase of the Croatian culture and the beauty and elegance of their children.

This traditional multipart singing is performed in Dalmatia in Southern Croatia. Each singing group is lead by the first tenor, followed by several tenori, bartoni, and basi voices. Joining the list in 2012, the songs’ topics usually revolve around life, the local environment, and of course, love. 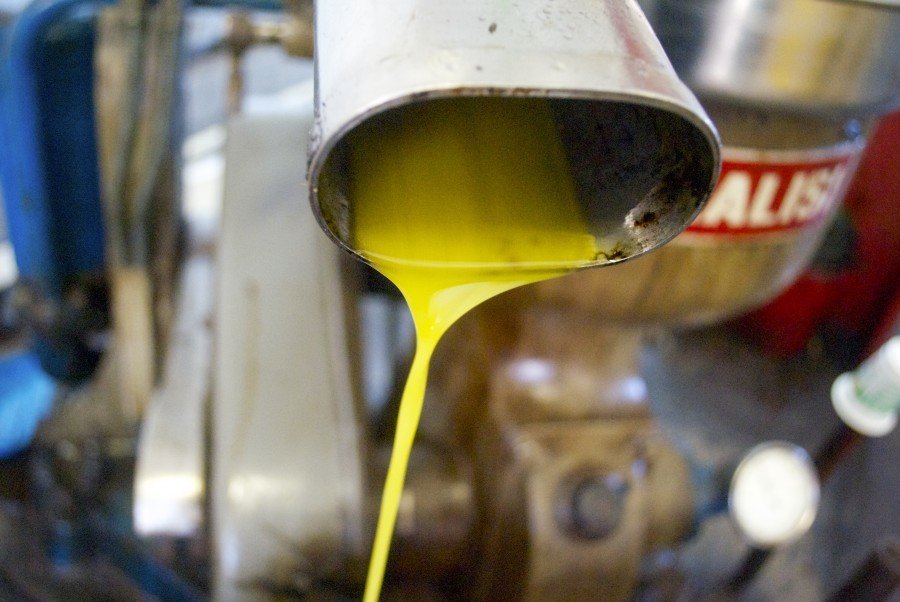 The Mediterranean diet of Croatia was included on the UNESCO list in 2013. UNESCO describes this inclusion onto the list as necessary. It involves a set of skills, knowledge, rituals, symbols, and traditions concerning crops, harvesting, fishing, animal husbandry, conservation, processing, cooking, and particularly the sharing and consumption of food.

In 2016 this project received entry on the Register of Good Safeguarding Practices. The Batana Eco-museum was created to train and educate the public about an important piece of maritime heritage – the batana.

The batana is a traditional fishing boat in Rovinj, and the craftsmanship knowledge has been handed down through generations by family teaching. With the increase in newer boat traffic, the batana popularity decreased significantly, leading to the community organization of the museum.

At the ecomuseum, one can learn the history and use of the batana, shipbuilders can attend construction workshops, and boats can be brought into the yard for repair. Younger generations are strongly encouraged to become involved in the various festivals and activities hosted by the museum.

Added in 2018, this building technique uses dry stones to create structures without the use of additional materials. In some cases, dry soil is added for stability. The stones are stacked in such a precise way that the buildings withstand the test of time.

Used in ancient days all the way to the present, this method is noted for being harmonious with nature by using natural elements in the environment while also assisting human needs such as preventing landslides, floods, avalanches, and in combating erosion of the land.

Dry stone structures can be found throughout many rural areas but sometimes appear in urban settings as well.

Međimurje, in the northwestern region of Croatia, is where this historic music genre originated. Traditionally, women soloists performed the folksong, each bringing her own personal expression to the lyrics. Over time, Popevka elements started to make their way into other local music about love, sadness, and religion, highlighting how influential the the lyrics were (and still are) to the region.

The Popevka is performed at important family and community events, such as weddings, festivals, religious gatherings, and holidays. Today, there are about 50 masters of the art, and while traditionally the song was performed by women, both men and women sing it today in various forms (with instruments, alongside dance, as solos, etc.).

Have you ever experienced any of these important Croatian culture festivals, music, or products on UNESCO’s Intangible Cultural Heritage list?