The most famous dish from Sinj cuisine is also protected as an item on the Unesco Intangible Cultural Heritage List.

This is another Croatian food that has its origins from Turkey. Most people are familiar with a dish called sarma, and this is one variety of it, but it is very much different.

In this case, you do not mince the meat but, instead, cut it with a knife. You also don’t use rice or any other grain as you do with sarma, and in Sinjski Arambaši, you place several different spices that are not so typical in salty dishes, as I have said, almost the same but totally different. 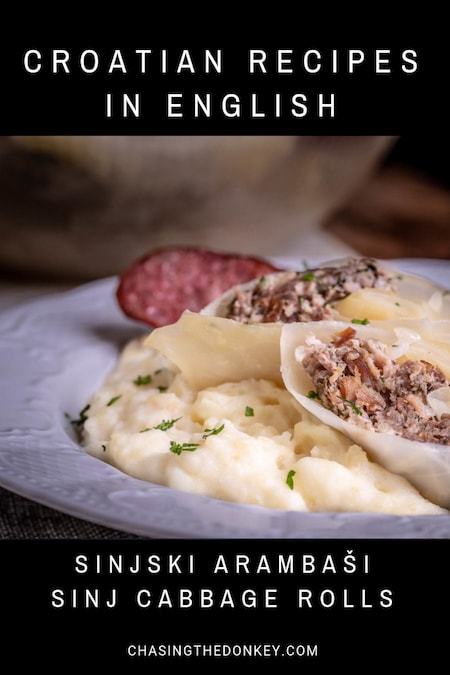 It is believed that this dish originally came to Sinj from the Turks during the period of the Turkish empire. The people of Sinj changed the dish by adjusting the recipe to their tastes and gave it a new name.

The name of this Croatian meal probably originated from the name of harambaša, leader of the army, since the rolls were arranged in clay pots like little soldiers. Sinjski arambaši make one of the most important festive dishes to be enjoyed at all of the big occasions – like Easter, Christmas, Assumption of Mary, and it’s prepared in bulk during August when the Sinjska Alka is performed.

The most famous dish from Sinj cuisine is this Sinjski Arambaši recipe, and it's protected as an item on the UNESCO Intangible Cultural Heritage List. Here is an easy to make it.