No doubt you’ve heard about Zagreb – but have you heard about Samobor? And what about the small village near Samobor called Rude?

St. Barbara Mine is one of Europe’s oldest copper and iron mines, and this mine has significant importance for this recipe. Rudarska Greblica was well known to be one of the favorite foods of the miners and, in fact, was sometimes the only meal for the day.

The name comes from “greblica,” which was a wooden tool used to spread the ashes in a bread oven.

The original version of this delicious dish was made with walnuts and cheese, but then the creative women started to add other ingredients with the cheese. Favorites include spinach, chard, nettle, scallions, yellow carrot, and so on, but no matter what combination is used, this dish must end up being savory. 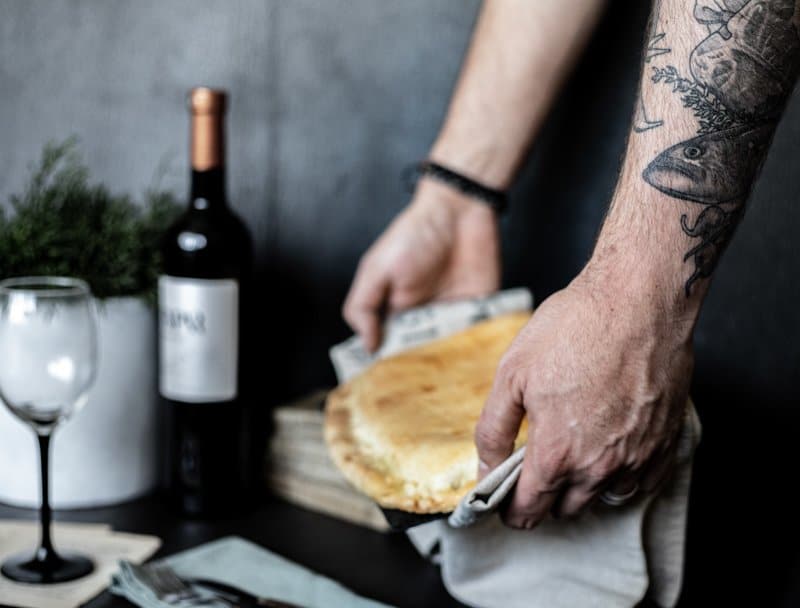 Two essential rules must be mentioned when making Greblica:

If we compare the recipes from the 16th-18th centuries with those from the modern-day, we can see a big difference in how the dish now looks compared to then. That’s because earlier, the dough would have been thicker – with much less filling, due to the fact that flour was cheaper and easier to obtain, while the cheese would have been costly to purchase.

Rudarska Greblica is recognized as a culinary specialty, and that is why since 1985, the town of Rude has been hosting an event called “Dani Rudarske greblice” organized by the local Folklore Society. 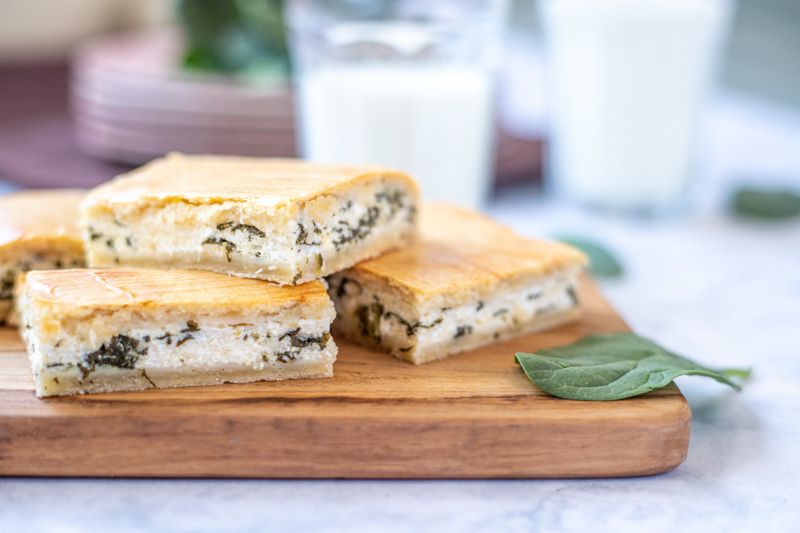 In recent years, there is even a competition for selecting the best Greblica, where the inhabitants of Rude bring their Greblica to the expert jury. 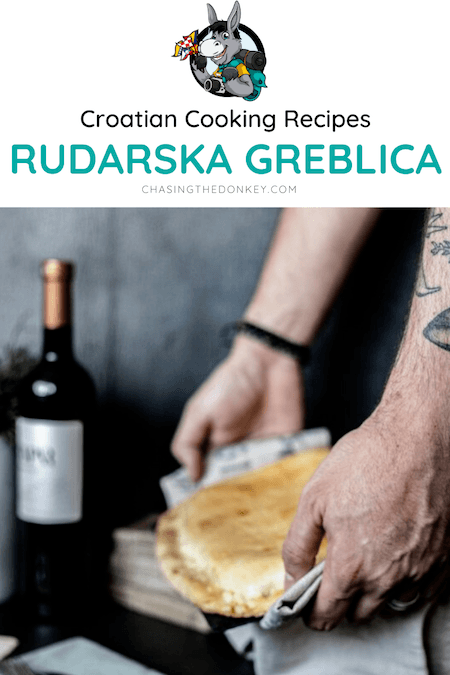 Step By Step Photos Of How To Make Rudarska Greblica

Here is how to make Croatian Rudarska Greblica. A recipe that dates back to the old mining days in Rude, near Samobor, Croatia.

We start the recipe with making the dough.

While the dough is resting, we will make the stuffing.

Now you are ready for stretching the dough

I like this kind of dish served with a refrigerated yogurt as you can see on the photos in the blog post, but I'll leave that up to you decide