“Bijela pita” is another traditional cake in Croatia and several other countries in the Balkans. It’s also considered to be like a “sister dessert” to Mađarica, one of the most popular cakes in our region.  Bijela Pita is usually made for the holidays and various celebrations, such as birthdays and weddings.

Bijela pita, or if translated exactly, “white pie,” was considered a dessert for the people in the countryside, mainly working in agriculture considered less wealthy than those in the big cities. The reason for that is that you don’t need a lot of money to make this slice, and it’s often the case that you’ll already have all the ingredients at your house.

Nowadays, it’s one of the most loved desserts to be seen on the tables.

Don’t be afraid of making this dessert for fear that it’s complicated – it’s not! Making the dough is very simple; you just need to mix it and roll it out, and the filling is one the most accessible creams to make – and then, that’s it, you’ll have yourself one delicious dessert in around an hour.

Bijela pita is a traditional cake in Croatia and several other countries in the Balkans. Here is an easy to make bijela pita recipe, this Croatian white slice is sure to please.

The reason for letting the slice rest overnight is so that the pastry has time to soften and is easier to slice. 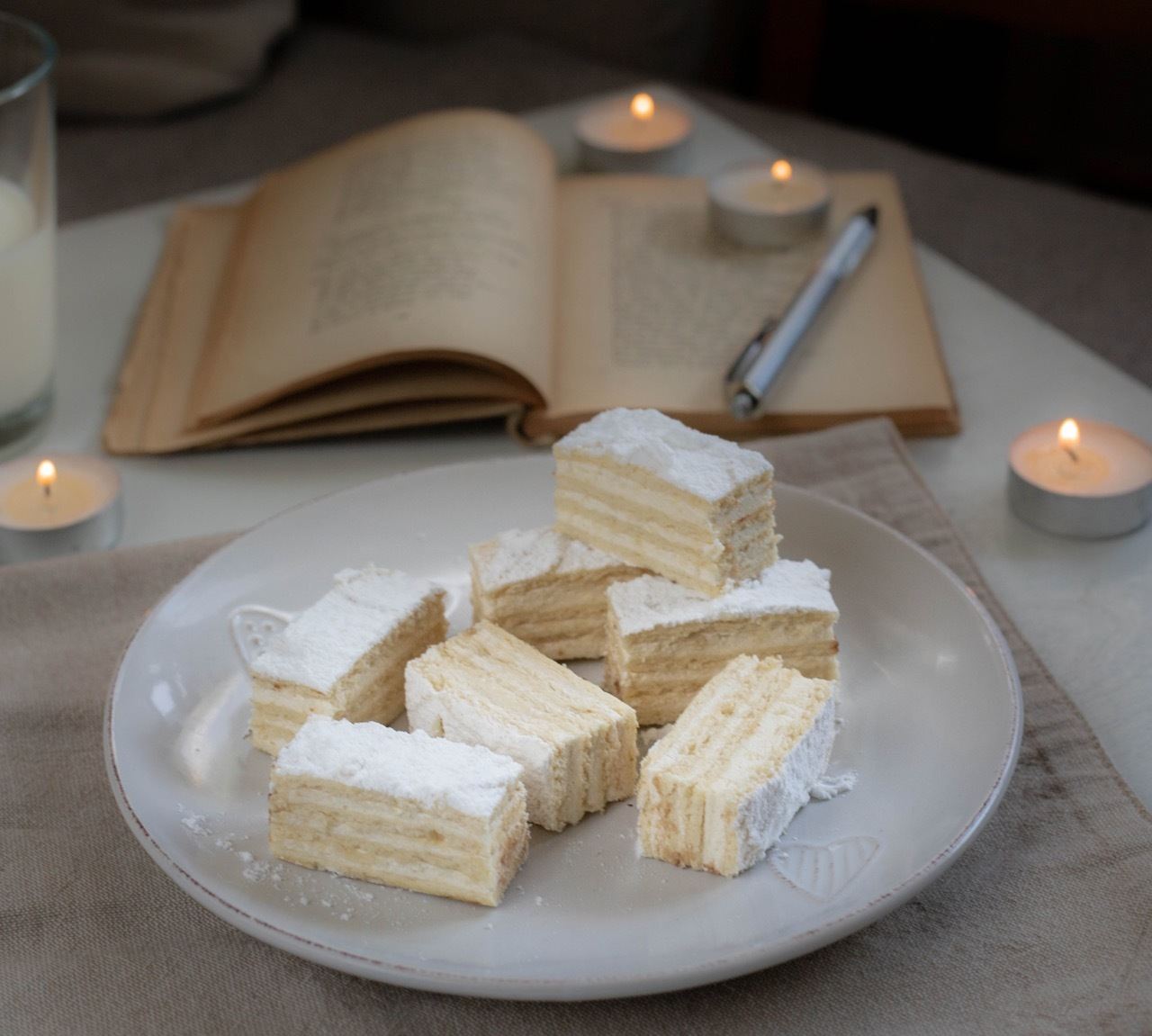