Those of us with Croatian heritage will know that Croatian swear words (or for you Americans: Croatian cuss words) are very “colorful and creative.”

Growing up, I remember my parents saying things that seemed completely nonsensical, like “pun kurac,” which literally translates to full of dick, and wondering what the hell it meant.

One of our most popular posts has been our Croatian swear words. Since then, we’ve gotten lots of feedback from you, our readers, about some of the Croatian, swear words you grew up with and telling us we should make a post about the ones that’ll make people really cringe. So we’ve decided to compile an uncensored Croatian swear words list, which includes the feedback we have received from you guys.

When swearing in Croatian, one thing to remember is that how you say it determines the context, meaning, and how it will be received. Remember the scene in Donnie Brasco, where Johnny Depp explains the multiple meanings of “forget about it.” Croatian swear words are much the same.

You can read part II of the guide to swearing like a Croat here.

Part III of the guide to swearing like a Croat here.

Learn How To Swear In Croatian

Use this Croatian swear word that translates to your mother’s vagina instead of one of that lame-ass ‘Yo Mama so fat’ jokes. Nothing beats using a phrase about your best friend’s mother’s lady parts to get his attention.

As if talking about someone else’s mother’s private area was not bad enough in the first example, this phrase goes up three notches. Here you’re telling someone to go into your mother’s vagina three times. Like once is not bad enough.

In part one, we left out this rather handy phrase, sorry about that. Simply put, fuck yourself needs no explanation.

Simple is often best. No need to translate this super-common Croatian swear – fuck it. Just as it’s used in English, you can say jebi ga in the morning, at noon, and night, basically whenever you’re pissed off.

Fuck off. Innocent as that.

This one is a touch more tricky. If od jebi were not enough to tell someone to go fuck themselves, then this one should do the trick. Go into a dick means to fuck off but with more power. Mrs. Chasing the Donkey has used this one a few times herself, talk about assimilating. 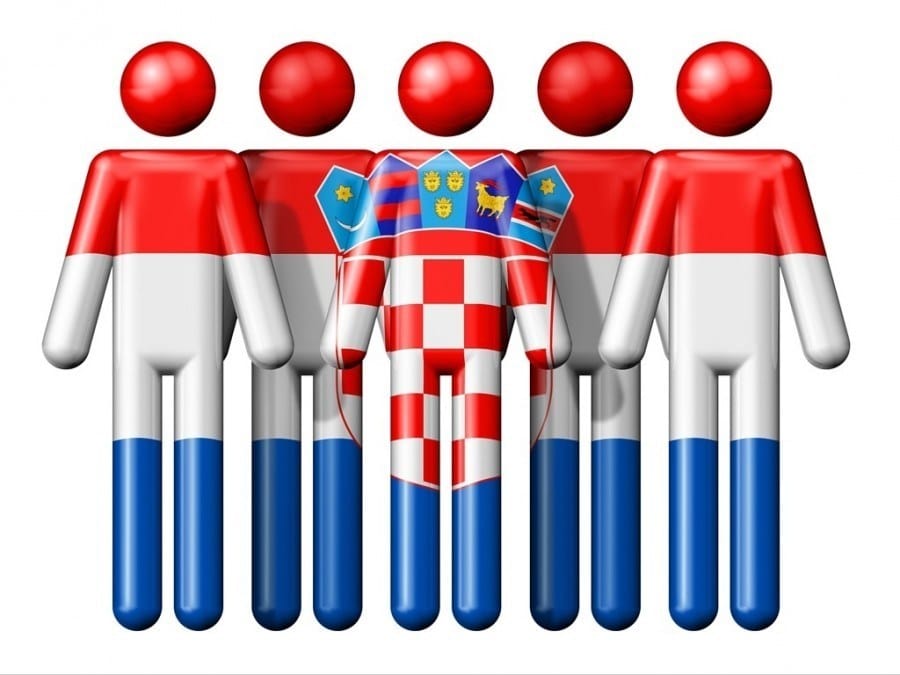 Oh boy, how our dear mothers who gave birth to us get used in the worst possible way while swearing in Croatian. May the dog fuck your mother surely will get your point across to that person who is pissing you off or to a situation that really has your panties in a twist.

This word meaning dick is quite flexible as it changes its meaning depending on its use. Add it to one of your English cuss phrases for added effect to throw your friends off.

We all have at least one useless and worthless friend *looks around*. Croatian swears often use animals (not just mothers), and this one is dick of a donkey (tovar) or sheep (ovca)—two poor innocent animals who often get used to when swearing in Croatian.

If you remember, kurac means dick. And, if you want to know how to swear like a Croatian, you need to know how to use that word in as many ways as possible. An easy example is full dick, which translates to full of shit or bullshit. Give it a whirl next time your mate is raving on.

I want dick. Gasp – what? Who says that? Us Croats, that’s who. Use it instead of hell; no, I don’t want it. When Mrs. Chasing the Donkey asks me to do the dishes, my response is hoću kurac.

We cussed out our mothers, a few animals, a few dicks… so, of course, the next person to use in Croatian swearing is your dear aunt. Go into your Aunt’s vagina. This one is particular. Why it has to be the auntie who is your dad’s sister-in-law, I have no idea.

Ever thought about vagina smoke? Well, you have now; this phrase means that something is straightforward, almost nothing. I would love to know how this phrase originated?

Here is a clip of a guy having some trouble starting a fire who demonstrates the Croatian language color. He is clearly very frustrated and heads into religious cursing territory. If you do not want to hear any serious cursing, please do not watch the clip.

We’ve been taking weekly Croatian language Skype lessons for some time now with our teacher, who provides excellent service. She is currently taking on new students, so if you’re interested in learning or improving your Croatian, now is the time.

Learning Croatian one-on-one with a language teacher via Skype. You can learn at your own pace, you have the flexibility of taking the lessons in the comfort of your own home, and you have your very own teacher to help you along the way.