Back by popular demand are Croatian Swear words. We’ve been living here for years now, and we’ve come across some absolute gut-busters. In part three of Learn Croatian – Swearing, we will leave our poor mother’s vaginas alone; I mean, how many different ways can we swear about our mother’s nether regions? Part two covered that just fine. Instead, we’ll explore some more of the obscure, a few classics and the intricacies of the Croatian penis curses.

Look away now if you are easily offended.

As we have said previously, Croatians have an exciting and colorful way of expressing themselves, especially when it comes to cursing.  If you directly translate them to English, they seem nonsensical. However, most of them have an origin and more profound meaning, which is not understood when directly translated.

We have also decided to share some of the curse words that our readers sent through to us – so don’t judge us… judge them. We picked what we felt were the best and most appropriate and steered well clear of the religious curses. We are in enough trouble as it is with these posts without heading into that territory. Thanks to everyone who sent through suggestions.

Part I of the guide to swearing like a Croat here.

You can read part II of the guide to swearing like a Croat here.

Who f*cks you? I hope someone will! This is best used when someone is really pissing you off. How this translates is who gives a f*ck about you. Ouch, I am thinking you can use this one often – right?

You f*ck me in my healthy brain. Really better explained as brain f*cking. It is used when somebody is pissing you off, telling you, or asking you something idiotic or super annoying. Perhaps you can mutter this one under your breath when the Mrs. is giving you a hard time – just don’t let her hear you.

I f*ck your mouse. What? Did you just say mouse f*cking? OMG, now we’ve heard it all! It’s a phrase that’s used when you have an oops moment, like when you drop and smash a glass.

Where the wolves f*ck. This means the middle of nowhere – you know, like think of the farthest place you can think of—a place where the wolves would not get caught by anyone doing the nasty. In Australia, we would say you are in the middle of whoop-whoop, or they live out in Timbuktu. 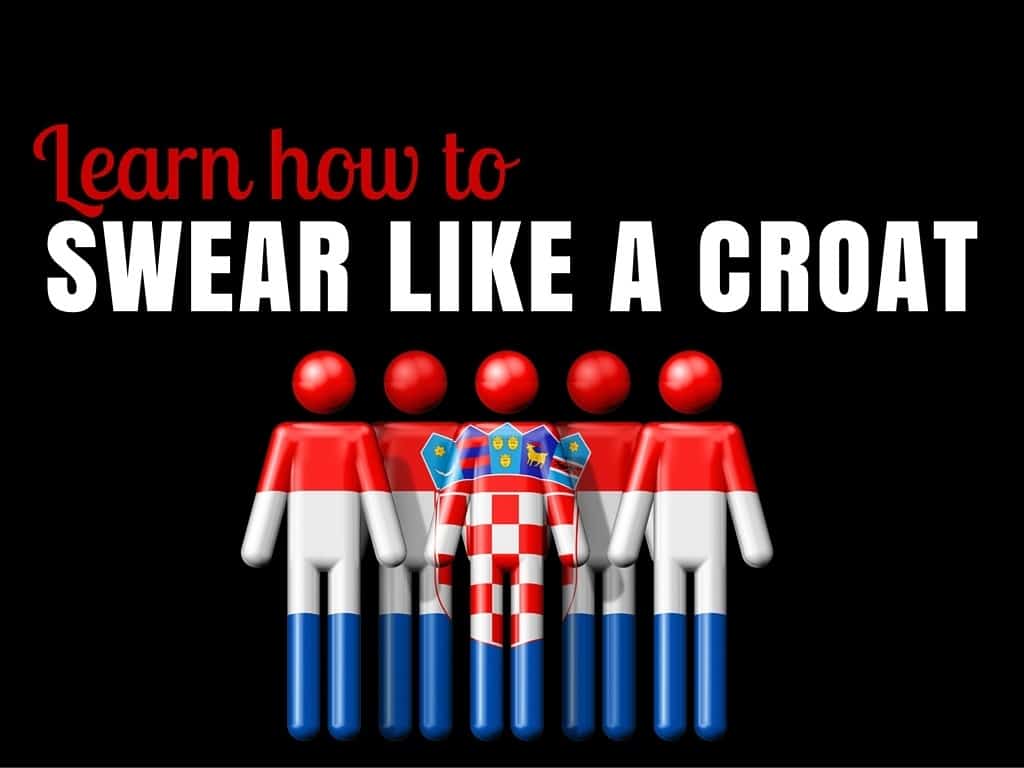 I f*ck your luck. God, I just hate it when my luck gets f*cked, especially at the casino. Don’t you? This means when someone has bad luck or misfortune. An example would be when your friend shares a sad story with you about something that happened to him, and you would express how you feel his pain by using “Jebem ti sreću.”

F*ck your own picture. One would think that Croatian’s are pretty kinky – but it’s not the case. This relates to people who are very into themselves. You know, we all know THAT person. I guess you could call them vain. If you love yourself so much, go and f*ck your own picture.

Good pizza / pussy. Sorry ladies, I don’t mean to offend you – but you know I probably just did, huh? I understand Mrs. Chasing the Donkey hates this trashy type of talk, but this blog post is for educational purposes. This is slang for an attractive woman and also literally means a good pizza. Please don’t mix them up, or you could get in trouble.

An old worn-out thing or piece of fabric. The leader of the Catholic Church in Bosnia, Cardinal Vinko Puljić, recently brought this word to my attention after recently stating that women who have sexual relations before marriage could become a štraca. So why is it so bad? What is a štraca, after all? As you can see, the official translation isn’t so bad, but this word has another unofficial meaning. Well, it’s an old worn-out prostitute, slapper, and hag, all those lovely things. Nice one, Cardinal! Are you a štraca? You can join the rest of the štraca community here.

What are you pussying? This one seems wholly nonsensical but isn’t. The word pizdiš comes from the word pizda, which is another word for pussy.  It’s an obscene way of telling someone, “what the hell are you crapping on about,” or what are you upset or whining about.

Don’t do pussy business. This has nothing to do with trying to set up a brothel or becoming a pimp. It means don’t do something stupid, don’t make a mess (depending on the context). For example, your father may say to you before going out with a group of friends who he knows are a bit wild, Ne čini pizdarije.

What are you sh*tting? We all know that person who continually spews verbal diarrhea. This is exactly what you need to say to them in Croatian. Meaning you’re talking sh*t! However, they will probably be very offended if you do so.

I will impale you on my d*ck. Ouch, ouch ouch, that hurts my d*ck just thinking about it.  That all sounds rather violent.  This is usually used when somebody wants to let you know that he is “the stronger opponent” in a given situation. Instead of saying I will defeat you, you say I will impale you on my man parts!

Go in the d*ck. This has to be one of the most common curses used across the country, and it’s a Croatian classic. It can be used to express frustration or in a”get outta here” moment or “f*ck off” type situation.

What the d*ck is with him? I’ve worked with many di*ck’s, and this phrase would have come in handy back then. It means what’s going on with him or what is his problem?

On what d*ck was I thinking?.  For those days when you just think about d*ck! Just kidding, it means, what the hell have I been thinking or can be used when you can’t remember what you wanted to say?

For what d*ck? The last in this series of Croatian co*k curses means what the hell for. You know, like, what the hell would I drive across town to pick you up at 3 am for?

There we have it. Are you offended by any of these Croatian swear words? 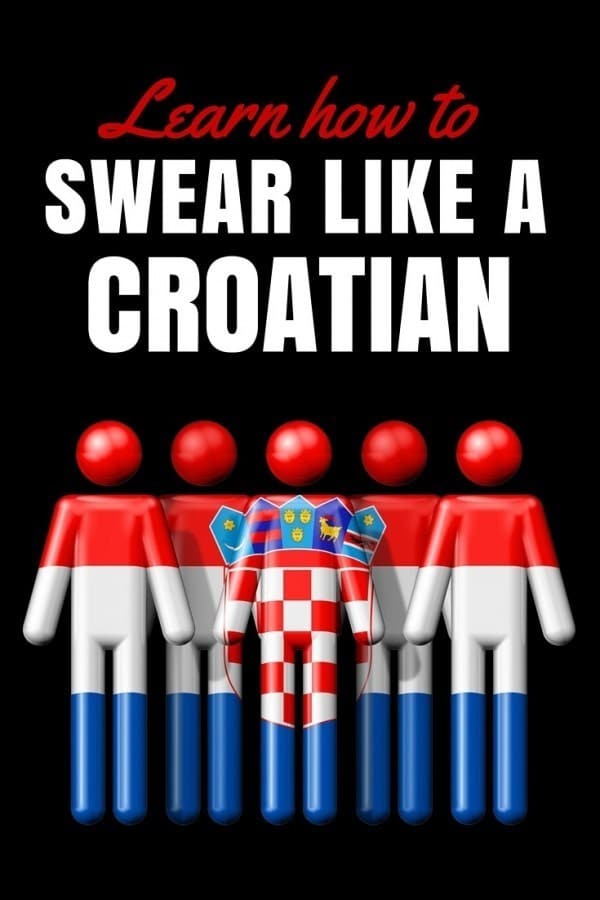 We’ve been taking weekly Croatian language Skype lessons for some time now with our teacher, who provides an excellent service. She is currently taking on new students, so if you’re interested in learning or improving your Croatian, now is the time.

Learning Croatian one-on-one with a language teacher via Skype. You can learn at your own pace, you have the flexibility of taking the lessons in the comfort of your own home, and you have your very own teacher to help you along the way.