Top Things To Do In Nin, Zadar

Home > Top Things To Do In Nin, Zadar

Top Things To Do In Nin, Zadar

Nin is the place where the Croatian state was born, and seven kings were crowned. This small town lies only 15 kilometers from Zadar, making it a short drive or bus ride and perfect for a great day trip.

The Nin town center lies scenically on a small island in the middle of a shallow lagoon and is connected to the mainland by two stone bridges.

The Liburnians founded the town of Nin in the 9th century BC. So, it’s fair to say it has a long history. The age of Nin is evident as you walk on its cobblestone streets and pass by centuries-old buildings and ruins, and it is a town made famous by its salt pans, which are still celebrated today.

There is quite a bit to see for such a small town with all this history, and you can easily make a day of it.

If you’re wondering what to do in Nin, we have written down our personal favorite top 5 things to do in Nin in this blog post. 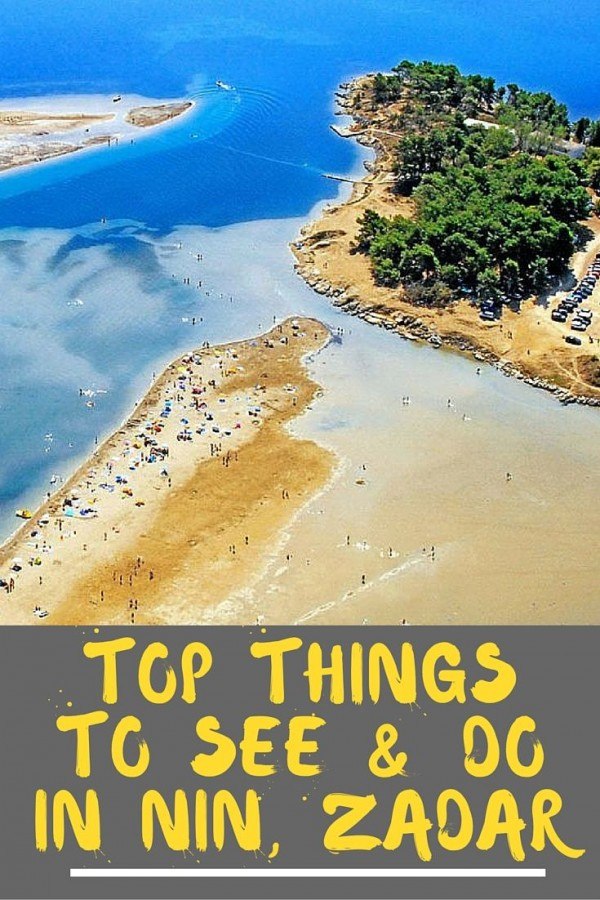 Dating back 1,500 years, Nin Salt Works is one of Croatia’s most remarkable attractions. Here, salt is not produced by people or machines but by nature itself. Through the sea, sun, and wind, salt forms and is deposited naturally. People do, however, process and influence it to create various different types of salt.

The salt pans of Nin are one of the top attractions in Nin, a place you simply cannot skip while visiting. The “Flower of Salt,” as it’s called locally, Nin salt is used for various purposes, from culinary to health-related. They’re said to have therapeutic properties, while the salt is also simply delicious and great for cooking.

You can visit the Nin Museum and House of Salt, which is part of the greater Nin Saline area, consisting of a historic Roman gate, home to medicinal mud, hundreds of bird species, and ancient stones. The museum houses black-and-white photos, wagons that were once used for the transportation of salt, old working tools, and so on. A documentary film shows the history of the area, while a model of the nature reserve offers some perspective.

Consider being some salt products in Nin, which are some of the greatest souvenirs you can buy in Croatia. Those products range from salt itself to cosmetics, wooden and ceramic salt boxes, and foodstuffs like honey, cheese, and chocolate containing Nin salt.

Visit The Museum Of Nin Antiquities

When I first visited this little museum, I was completely taken aback by some of the antiquities they had on display. Seriously, who knew women in pre-historic times were also obsessed with their appearance? The exhibits contains things like tweezers, brushes, and clips, along with many other artifacts.

This place has some very cool exhibits, indeed, including two 11th-century Croatian boats called Condura Croatica. All the items housed in the museum were discovered in Nin over the years, giving you a wonderful insight into everyday life in the area hundreds, if not thousands, of years ago.

Visit The Churches Of Nin

OK, this may sound a little boring, but trust me, it’s really not. The first is the church of Saint Nicholas, and it’s the cool little church you see perched on a mound as you drive into Nin from Zadar.

This church has in some ways become a symbol of Nin and makes for a fantastic photo. Historically, it was paramount because seven Kings were crowned in Nin, and every crowned ruler rode on horseback to the Chruch of Saint Nicholas, where he would then be presented to the people.

The second is the Holy Cross’s Church, unofficially known as the smallest cathedral in the world. One of Croatia’s most famous remaining religious and architectural monuments, it was constructed in such a way that light fills the chapel on the exact date of the equinox and solstice.

Visit The Remains Of A Roman Temple

In the heart of Nin, you’ll find the remains of a Roman temple, which is the biggest on the east coast of the Adriatic sea. The temple dates from the late 1st century AD and the reign of the Roman Emperor Vespasian (69-79 AD). Interestingly, there are all types of remains from the Romans around Nin. If you look hard enough, they are easy to find.

Make A Wish By Rubbing Gregory Of Nin’s Toe 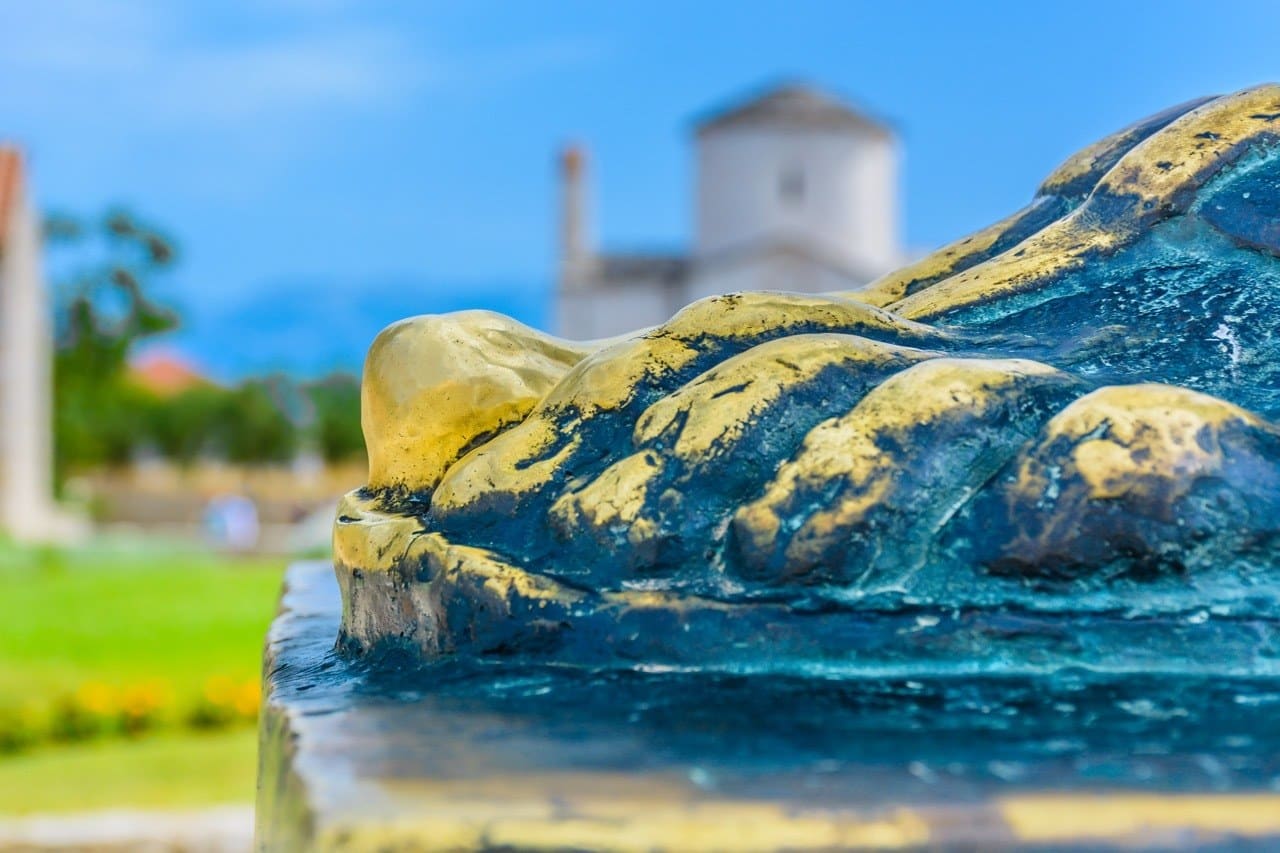 Grgur Ninski (Gregory of Nin) is a legend in Croatia. He was a 10th-century bishop who opposed the Pope and introduced Slavic language in the churches. There is a big bronze statue of him in Nin, designed by Croatia’s most famous sculptor, Ivan Meštrović. It’s actually quite impressive, and if you’re not familiar with Ivan Mestrovic’s work, make sure to take a closer look.

You’ll also find Grgur Ninski in Split and Varaždin. It is said that rubbing his big toe will bring you luck. You will see for yourselves that Gregory’s big toe is very well polished.

Take A Dip At Queens Beach

Nin has over eight kilometers of beaches, but the jewel in its coastal crown is the 3-kilometer-long Queens Beach. As most of you are aware, long stretches of sandy beach are rare in Croatia, so this place is perfect for people who prefer a sandy beach.

The beach is part of the Nin Lagoon, which consists of sand and mud that shift with tides, weather, and prevailing currents. Because the sea is very shallow in this particular bay, it’s a perfect spot for families, making it easy for your kids to play safely.