While there may be plenty of things to do in Belgrade, you should take the time to explore some other places in Serbia when visiting the country, even if you try the great Serban food.

Belgrade is the nation’s premier tourist destination and a great home base for exploring the country as the capital city. It’s the hub of commerce, arts, culture, etc. That all, of course, makes the city quite a busy place. So, if you’d like to escape the big bustling city, you can go on one of these day trips from Belgrade.

Don’t miss these travel itineraries for a weekend trip in Serbia for even more ideas with Belgrade as a base.

Serbia is not that big a country, and you can get pretty much anywhere in the country from Belgrade within just a few hours’ drive. Most day trips from Belgrade below are less than two hours by car from the capital. Easy-peasy! It’s time to rent a car and hit the road with this list of great ideas! 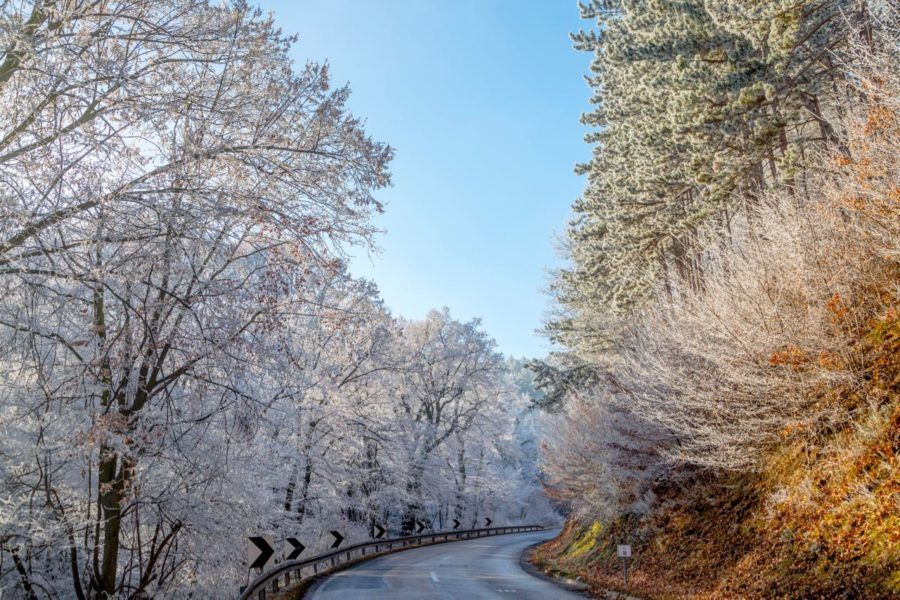 Undoubtedly, one of Belgrade’s most popular destinations, Fruška Gora National Park, is named after Fruška Gora. The mountain is the park’s centerpiece, but there’s much more to it. This mountain used to be an island in the ancient Pannonian Sea.

This gorgeous area in northern Serbia is characterized by everything from rolling meadows and vineyards to waterfalls and natural hot springs. On top of that, there are also more than a dozen centuries-old monasteries. Serbia’s oldest national park should be among your first options if you want to leave the busy city behind and get back to nature. 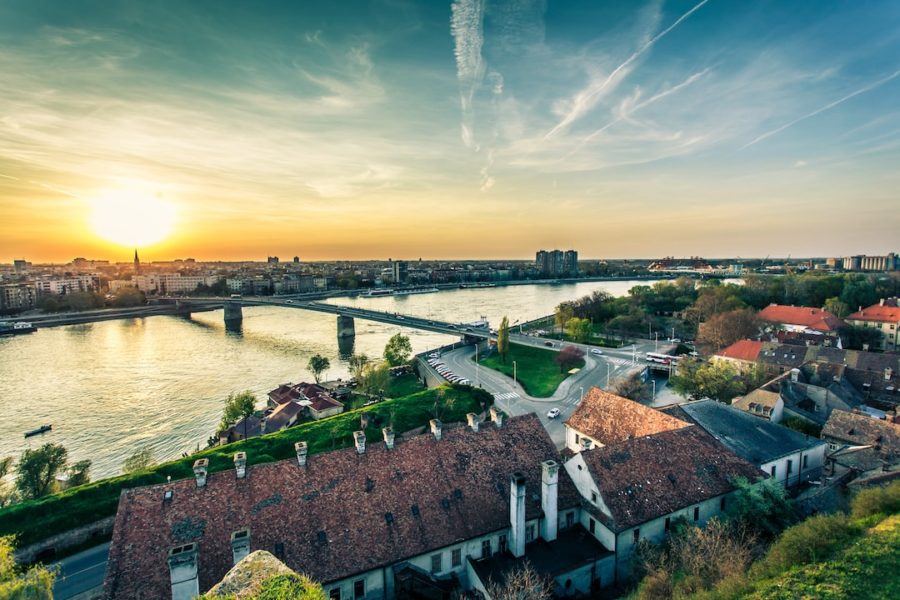 Additionally, Novi Sad hosts the famous EXIT Festival each year. This is one of southeastern Europe’s biggest music festivals, attracting many thousands of party-goers from all over the continent.

The imposing Golubac Fortress, dating from the 14th century, is one of Serbia’s most remarkable historic structures. It lies on the banks of the Danube River in northeastern Serbia and on the border with Romania.

Its strategic location, the very spot where the river is at its most powerful as it squeezes through a majestic gorge in the Carpathian Mountains, known as the Iron Gates of the Danube, has made it a much-desired stronghold over the centuries.

Everyone from the Hungarians and the Austrians to the Turks and the Serbs themselves once controlled this mighty fortress. Its setting is unquestionably gorgeous, situated right at the entrance of Đerdap National Park.

Đerdap National Park protects about 100 kilometers of land along the Danube River, from the Golubac Fortress to the Novi Sip dam. The park’s width ranges between 2 and 8 kilometers. Its main feature is Đerdap Gorge—the Iron Gate—a narrow gateway through the Carpathians’ rocky slopes.

The park is open year-round and can be explored by boat on the Danube, by car on its main road, and foot or bicycle on various mountain trails.

The village of Sremski Karlovci might not be big at all, but its sheer beauty makes it one of Belgrade’s most incredible day trips. Located near Novi Sad, about an hour’s drive from the capital, this might be the prettiest village in the entire country.

Set on the Danube’s banks and within striking distance from the green hills of Fruška Gora, Sremski Karlovci is renowned for its long history, rich cultural heritage, and—most of all—for its wineries. Check out the numerous religious buildings in the village center before heading out for an afternoon of wine tasting.

One of the five UNESCO World Heritage Sites in Serbia, the Studenica Monastery is probably the grandest Orthodox monastery in the country. A complex fortified dates from 1190, when it was founded by Stevan Nemanja, who incidentally also founded the very state of Serbia.

Religion and culture go hand in hand in Serbia, two essential aspects of the country’s national heritage, and there’s no better structure to show that to you than this impressive monastery. Take the time to admire the 13th- and 14th-century Byzantine art inside its two large churches.

For more info on Serbia’s UNESCO sites, check out this guide.

The small town of Topola in central Serbia may seem rather unassuming, but it does have a serious claim to fame. The beauty of this off-the-beaten-path region did not go unnoticed by the former Serbian royal family. It was most specifically the house of Karađorđević who constructed the magnificent St. George Church on Oplenac Hill. Now, the church is the family’s mausoleum.

Topola still is a great, albeit undiscovered, wine region in Serbia. This is another excellent destination for day trips from Belgrade, particularly if you’re after a combination of local history, architecture, wine, and a great place to pick up a bottle of wine or two to take home! House Karađorđević also had several vineyards and cellars built in and around the town. 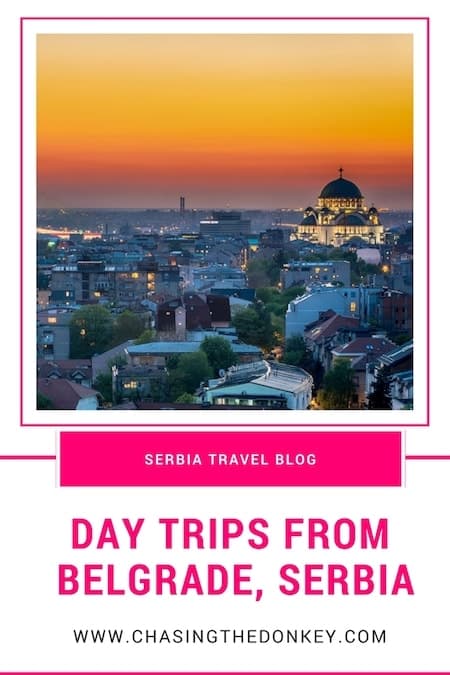 One of Belgrade’s most fun day trips is the drive to Drvengrad, located about 200 kilometers from the Serbian capital. Film director Emir Kusturica built this wonderful traditional ethno village for his movie Life Is a Miracle.

Back in the Middle Ages, the fortified town of Smederevo was the capital of Serbia. Its star attraction is the imposing Smederevo Fortress. Built between 1427 and 1430, it is one of the most significant military structures ever constructed in Serbia and one of the largest fortresses in southeastern Europe.

This mighty fortress on the Danube River’s right bank weathered several sieges by both Ottomans and Serbs and is now regarded as the last major masterpiece of Serbian architecture of the time. Currently, it is open to the public and is an urban park. A theater stands inside, a popular venue for concerts, fairs, and festivals.

The Smederevo Fortress is no more than 45 kilometers southeast of Belgrade, making it a top destination for short Belgrade excursions.

Less famous than other nature reserves and parks in this list of Belgrade day trips, the Obedska Bara Nature Reserve is no less beautiful. This expansive area of swamps and forests is one of the best birding destinations near Belgrade. It is an official Important Bird Area on UNESCO’s list of most essential wetland areas globally.

Obadska Bara is an oxbow-shaped lake, a previous part of the scenic Sava River. Its shallow water offers ideal habitat for all kinds of fauna and flora. The lake is thirteen kilometers long and up to 750 meters wide at specific points, yet the average water level doesn’t exceed 2.5 meters.

This is a fantastic place for Belgrade day tours, particularly for nature lovers, because it’s one of the oldest protected natural areas in the world. It was first preserved as early as 1874 by the Habsburg Empire—that’s only two years later than Yellowstone National Park, the world’s oldest national park! 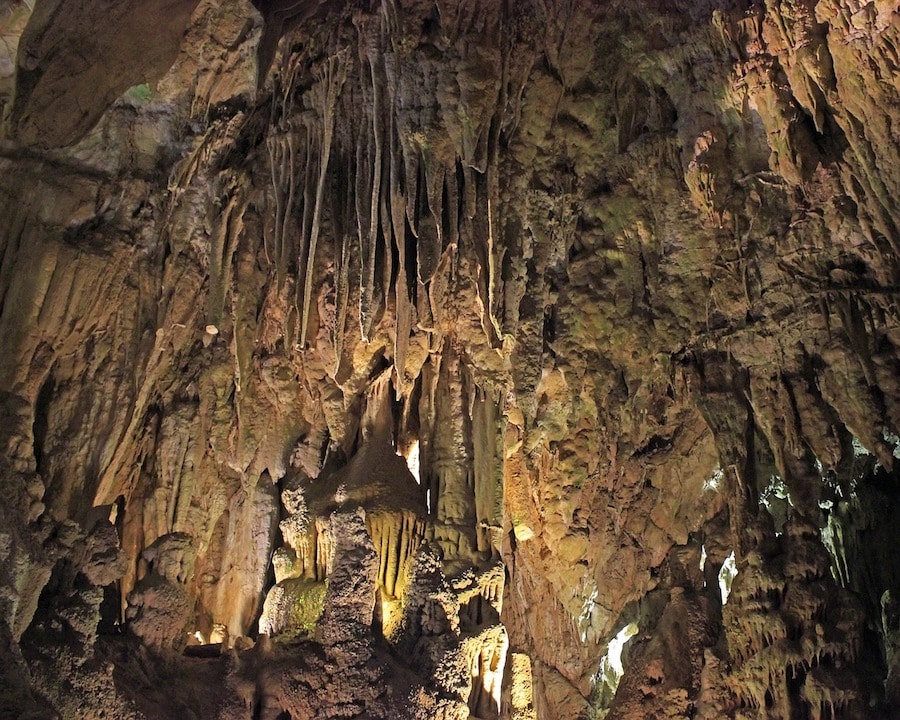 Another beautiful natural attraction you can visit on day trips from Belgrade is the Resava Cave. Situated near the town of Jelovac in eastern Serbia, this impressive cave has guided tours that lead through majestic subterranean halls and passageways. It is one of Serbia’s most extensive cave systems.

History buffs will certainly be interested in visiting Lepenski Vir from Belgrade. Located in eastern Serbia, this fascinating archaeological site comprises one of the oldest preserved settlements in Europe. The place was used by the Balkans’ Mesolithic Iron Gates culture, which dates from about 9,500 to 7,200 BC. Numerous beautifully preserved architectural features and sculptures have been discovered at Lepenski Vir, called “the first city in Europe.”

Additionally, there’s another fantastic archaeological site nearby. Known as Viminacium, this site was a major military camp and city in the Roman province of Moesia, modern-day Serbia.

This ancient city dates from the 1st century AD and its archaeological remains consist of temples, palaces, streets, Roman baths, amphitheaters, and squares. Viminacium is famous for its unusually high number of graves. There are 15,000 of those, the highest number of Roman archaeological sites worldwide.