One of the great benefits of traveling around the Balkans is visiting several countries in one trip. The easiest way is city hopping between capital cities, which usually have the best transportation connections. For example, a journey between Skopje and Pristina lets you explore and discover one of the Balkans’ most underrated countries—North Macedonia and Kosovo.

This capital-to-capital journey brings you from one of Europe’s oldest capitals to the main city in Europe’s youngest country (although there’s some dispute about that latter statement).

Skopje has one of the oldest stone bridges in Europe, a bustling Old Bazaar, a historical fortress, and easy access to spectacular nature. It’s a beautiful place to spend a few days before heading to what’s arguably Southern Europe’s least-known capital: Pristina. 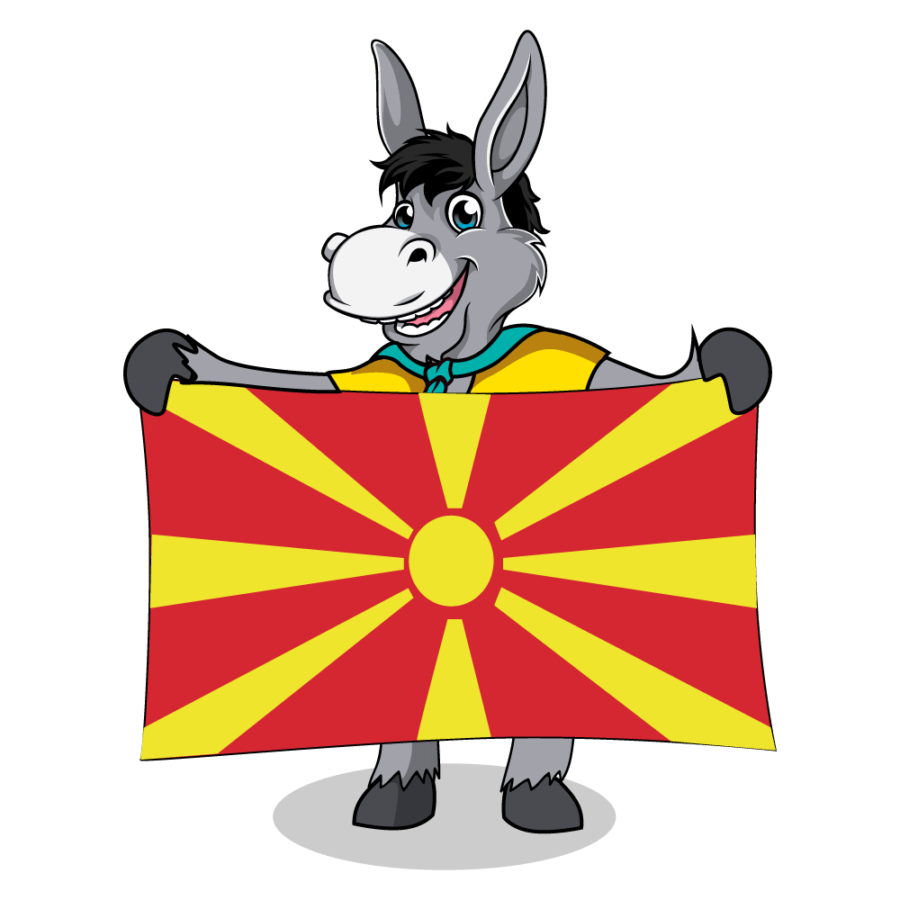 Also written as Prishtina, Pristina is the largest and capital city of Kosovo, a country recognized by most other countries, though not by Serbia, which still claims it as one of its regions. Its origins date back to Ancient Roman times; the city now features a fascinating combination of ancient and modern.

You can visit the astonishing ethnographic museum and the Imperial Mosque, stroll through the Bazaar of Pristina, and see Kosovo’s extraordinary National Library. Other monuments, architectural landmarks, and nearby natural attractions make a visit to Pristina an activity worth considering!

So, how exactly do you get from Skopje to Pristina or from Pristina to Skopje?

3 Options To Travel From Skopje To Pristina (And Vice Versa) 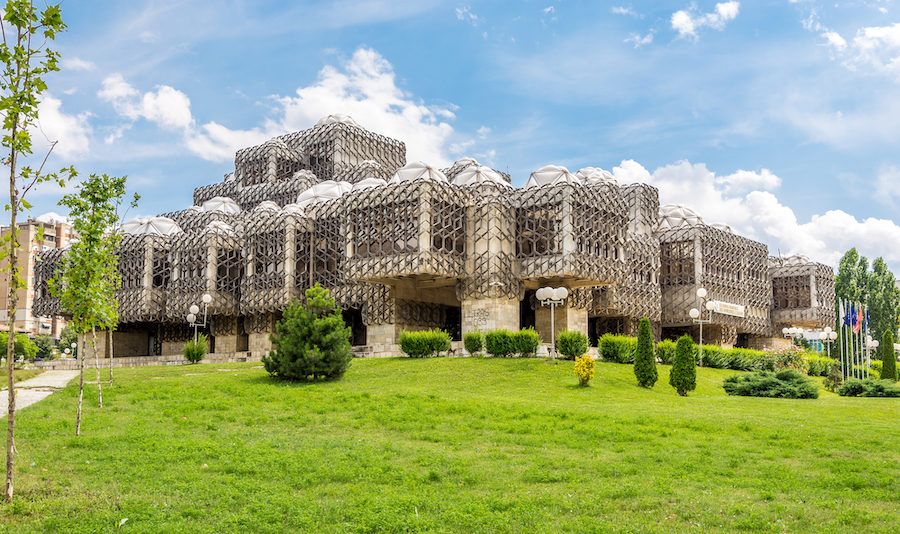 Here are three ways you can travel between Skope and Pristina.

Skopje To Pristina By Bus

There seems to be a consensus that the bus is your best option as far as public transportation from Skopje to Pristina. International bus connections between cities are easy, fast, and available multiple times daily.

The beauty of traveling around the ex-Yugoslavian countries is that almost all major cities have just one main bus station. So you don’t have to worry about figuring out which station you’re supposed to be at. That also applies to Skopje and Pristina. Both cities have one central bus station, which is super convenient.

The distance between the two capitals is about 90 kilometers, a journey that takes 2 hours to give or take.

To get a ticket, simply walk up to the counter and tell them you’d like to travel to Pristina (or Skopje, depending on the direction you’re going to). Prices tend to vary but don’t typically exceed €10 for a one-way trip. Often, they’re much lower.

This journey involves a border crossing, which sometimes is a pain in the butt in the Balkans. However, nowadays, most Balkan border crossings are a breeze. When you travel from Skopje to Pristina by bus, you shouldn’t have to spend more than 10 minutes at the checkpoint, provided that you have a valid passport.

Skopje To Pristina By Train

If you’re a massive fan of railroad travel, you also can travel from Skopje to Pristina by train. However, unlike the numerous daily bus departures, there’s only one train from Skopje to Kosovo per day and vice versa.

You have to buy your Skopje-Pristina (or vice versa) train ticket at your departure station. There is currently no online reservation system for these international trains.

The train journey between North Macedonia’s and Kosovo’s capital takes about 3 hours.

Self-Drive From Skopje To Pristina

If you’re looking for a way to get from Skopje to Pristina to offer more freedom than buses or trains, nothing’s better than renting a car. With your own set of wheels, you can go, stop and do as you please. For example, a side trip to one of the fantastic Kosovo national parks is highly recommended.

The drive from Skopje to Pristina is a piece of cake. Without any detours, it’s only 90 kilometers. From the North Macedonian capital, you’ll be at the Kosovar border in 30 minutes, after which it’s about 1 hour to Pristina.

If you rent your car with a reputable rental agency, they’ll ensure you won’t have any insurance issues at the border. Double-check with them, though, that they allow you to take a rental car across international borders in the Balkans. Some companies might not.

Generally speaking; however, there shouldn’t be any problems driving from Skopje to Pristina and back with a rental car if you’ve got proof and confirmation from the rental company. Crossing the border is typically very easy—this is, after all, not exactly Europe’s most popular border. Just make sure you have the proper documentation, including a valid passport, driver’s license, and car rental info. 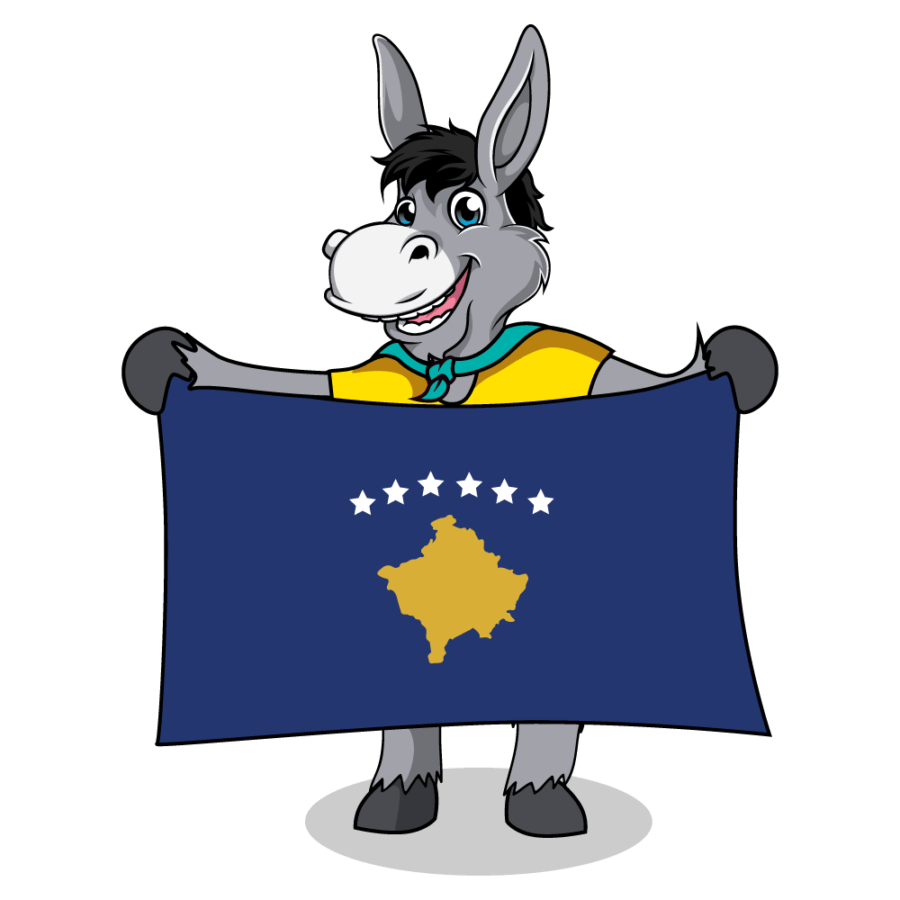 Because Kosovo is not (yet) recognized as an independent country by several nations, including neighboring Serbia, traveling to and from Kosovo via specific routes may cause some complications. Specifically, when you’d like to travel to Serbia from Kosovo, you need to take extra care in planning your trip, especially your entry points.

This in-depth blog post lets you read about how to legally enter and leave Kosovo.

If you’re traveling between Skopje and Pristina as short trips, returning the same way, there will be zero issues.

Do you have experience traveling from Skopje to Pristina or from Pristina to Skopje? Tell everyone about your trip in the comments below!