How To Get From Zagreb To Budapest (& Budapest To Zagreb)

Home > How To Get From Zagreb To Budapest (& Budapest To Zagreb)

How To Get From Zagreb To Budapest (& Budapest To Zagreb)

Travel from Budapest to Croatia has become increasingly popular, with connections between the two at an all-time high.

Zagreb is often the arrival and departure point for tourists visiting Croatia, home to an international airport and bus and train stations. Budapest, one of Europe’s most beautiful cities, has an airport and public transport stations.

Check out Zagreb first, maybe going on a day trip from Zagreb or two, before heading to another iconic European capital like Budapest.

It wouldn’t be Europe if public transportation connections between major cities weren’t abundant. So if you’re wondering how you’ll get from Zagreb to Budapest, we offer you all possible Zagreb to Budapest transfer options below. From driving a rental car yourself to enjoying a private transfer, taking the bus, or hopping on a plane, the choice is all yours.

Before we move on, it’s essential to know that schedules are subject to change. Therefore, you should always check with the transportation company whether there have been any changes or if there’s any other important information you should be aware of. 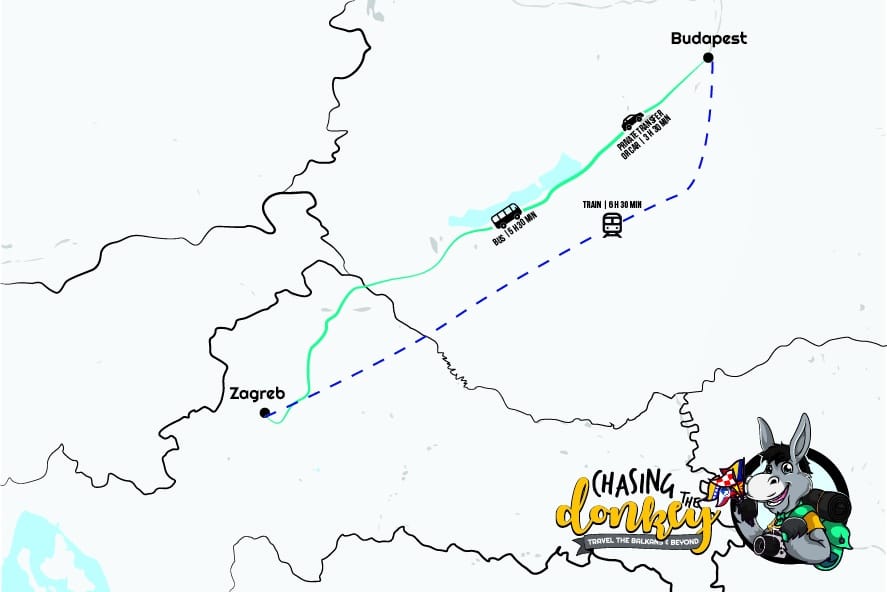 Zagreb To Budapest By Car

On Google Maps, the drive from Zagreb to Budapest looks super easy. It’s an almost straight line from one city to the other. And while getting from Zagreb to Budapest by car is by no means difficult, you should know that there is a border crossing involved. Although both countries are part of the European Union, Croatia is not (yet) part of the open-border Schengen Area. Therefore, there are still border checks in place.

Keep your passport within reach—people from Europe, North America, Australia, and New Zealand should have no trouble entering the Schengen Area via Hungary. Although it’s usually not checked by border officials, tourists outside the European Union are technically required to prove their confirmed return trip. Other nationalities might want to contact their embassy regarding possible visa requirements.

The route itself is as easy as they come. You’ll take the E70 out of Zagreb for a short distance, turning north onto the E65 at the Ivanja Reka Interchange. The road then turns into the M7/E71 highway, which will take you past Lake Balaton and straight to Budapest. You’ll follow this major highway to the Croatia-Hungary border.

The drive from Zagreb to Budapest is about 350 kilometers. Depending on traffic at the border crossing, you should count on several hours of travel time.

If you’re renting a car in Croatia, it is always a good idea to make sure that you’re permitted to take it from Croatia into Hungary. Ask your car rental agency for confirmation.

With a car, you can drive about in total freedom – and be sure to check out all of these things to do in Budapest while you’re there! 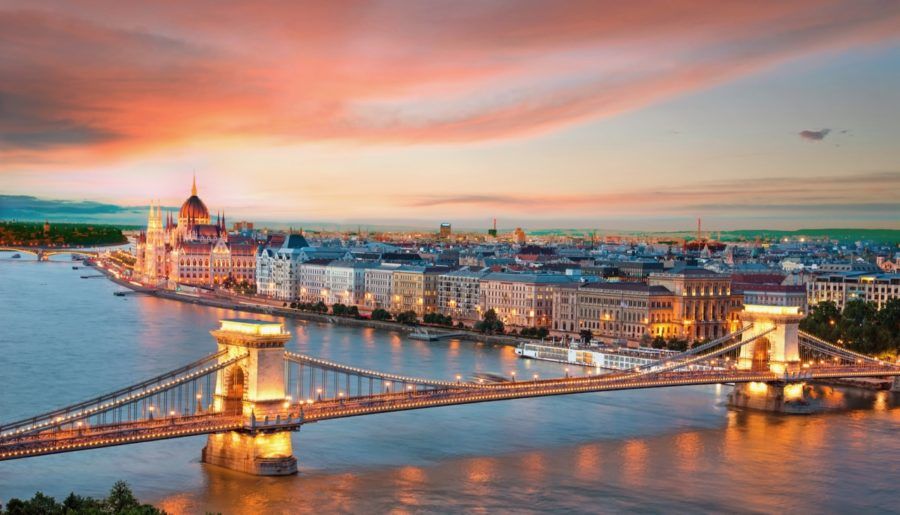 The most economical Zagreb to Budapest transfer option is taking the bus. There is usually at least one direct bus from Zagreb to Budapest daily. However, traveling between the two cities by bus on certain public holidays may not be possible. So, make sure to keep that in mind and check up-to-date bus schedules.

The Budapest to Zagreb bus route is the same as the one you’d take if you were driving yourself. It’s about 350 kilometers, a trip that takes 5 to 6 hours by bus. You’ll have to get through the same border crossing, so prepare to spend some time waiting in line.

An excellent website to check schedules and prices and book your transfer is GoEuro.com. You’ll notice that prices can get as low as €15 one way, which is highly cheap by all accounts.

Nothing is better than a private transfer from Zagreb to Budapest for ultimate comfort and convenience. There is no stress in figuring out how to travel between hotels, bus/train stations, or car rental offices. A Zagreb to Budapest transfer takes away all the hassle of getting to airports, and the beauty here is that you’ll be picked up and dropped off right at the door of your hotels.

It does not get any easier than this. Also, select the time you would like to depart and whether you want to make any stops along the way. If you can afford to spend a little more, then a Budapest to Zagreb transfer it’s worth it!

The fifth way to get from Zagreb to Budapest is by plane. This is, however, rarely the most convenient or cheapest option. For one, you’ll have to travel to and from the airports outside the city center. Additionally, there is no direct Budapest to Zagreb flight between the cities. You’ll always need to connect somewhere else, whether in Vienna, Frankfurt, Munich, Amsterdam, or Brussels.

Lastly, even though there are several low-cost airlines in Europe, flying from Zagreb to Budapest is almost always much more expensive than taking the bus or train or even renting a car for a day.

There’s one in the morning and one mid-afternoon, respectively, lasting 6 hours and 27 minutes and 6 hours and 39 minutes. The Zagreb to Budapest train price starts at about €50 for a one-way trip. 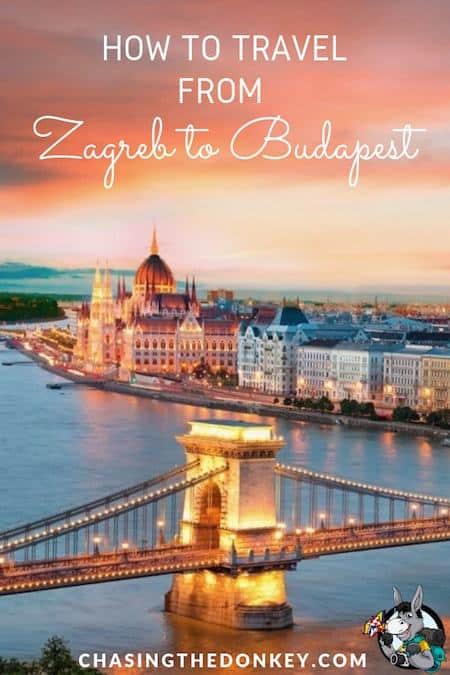 Let us know if you have any tips for getting from Budapest to Zagreb.