How To Get From Zadar To Krka National Park

Home > How To Get From Zadar To Krka National Park

How To Get From Zadar To Krka National Park

There are several national parks in Croatia that you HAVE to see. Plitvice Lakes, Kornati Islands, and, of course, Krka are some of the best. But what’s the most convenient place to base yourself to see them all?

Lucky for you, the city of Zadar is smack-bang in the center of all of Croatia’s national parks, making it an ideal base for visiting the parks. Since winning the European Best Destination award, Zadar’s popularity with travelers has significantly grown. Additionally, when you check the things to do in Zadar, Croatia, it’s no surprise that so many people want to visit Zadar. 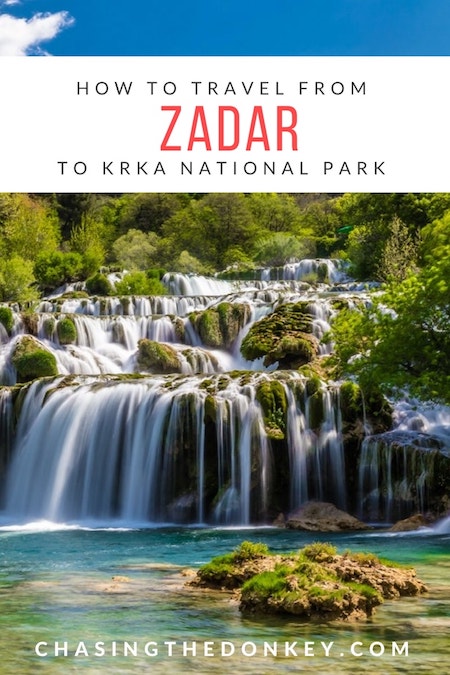 
From the ancient Roman ruins in the Old Town to the beautiful beaches surrounding it, Zadar has something for everyone, to coin a common cliché. The other plus point is that Zadar is very quickly linked to many other towns and cities in the country. For instance, the trip from Zadar to Split is only 1 hour and 30 minutes of travel.

One park you absolutely can’t miss is Krka National Park. It’s worth mentioning that this stunning park is very popular thanks to its key attraction, the Skradinski Buk Waterfall. So, during the summer months, it gets jam-packed. It’s one of the best day trips from Zadar, after all!

Located along the Krka River, Krka National Park is close to Sibenik and is famous for its seven waterfalls. The most famous of these are Skradinski Buk and Roski Slap. Around the park are some beautiful walking trails, and there is abundant history, too, with the 15th-century Krka Monastery definitely worth visiting.

The following information will tell you how to get to Krka National Park from Zadar.

You’re not looking at a long journey no matter how you decide to get from Zadar to Krka National Park, but driving gives you the most freedom. The drive from Zadar to the Krka Waterfalls is about an hour. There are two options as far as roads go: the freeway and the old coast road. The distance between Zadar and Krka National Park is only around 77 kilometers.You will find many options for car rental in Zadar, so getting a car is reasonably straightforward. Driving around Croatia is also perfectly safe, and provided you bring your travel documents and international driver’s license, you shouldn’t have any issues.

It might very well be the case that you don’t want the hassle of driving or having to go to the bus station and share your ride with someone else. Sometimes it’s nice to be picked up and have a professional take care of all the details for you. In that case, a private transfer from Zadar to Krka National Park is the way forward. This is sometimes known as a Zadar to Krka Waterfalls day trip.

This means you are picked up from your hotel, and all you need to do is sit back and relax, enjoying the scenery along the way. You also don’t have the hassle of toll roads or navigation – you’re on holiday, after all! Is there a more convenient way of getting to Krka National Park? Prices for day trips from Zadar to Krka Waterfalls start from €200.

The bus is the cheapest option for traveling between Zadar and Krka National Pars. It’s around 70 kunas or €10 per person. You go to the bus station in Zada,r where several buses leave for Krka each day. The ride to Krka National Park takes an hour and a half. Obviously, when going back, reverse the information! The bus departs Zadar and will drop you off at Skradin. From there, the Krka National Park ferry brings you to the park entrance. 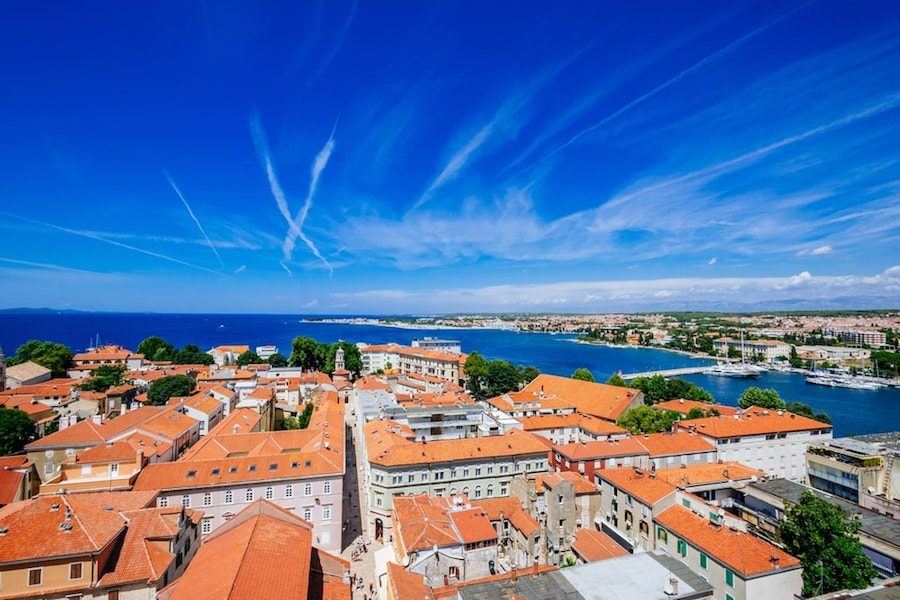 When it comes to Zadar day trips, another option, and a very relaxing one at that, is to take this Krka tour from Zadar to Krka. You will be taken to Krka Waterfall and shown around by an experienced guide.

On this Zadar to Krka tour, you’ll be transported in a modern minibus, stopping in stunning Sibenik before exploring the national park. You’ll finish the day with a wine tasting before heading back from Krka to Zadar. Taking a Zadar to Krka National Park tour takes all the stress out of traveling.