A Guide To The National Parks In Kosovo

Home > A Guide To The National Parks In Kosovo

A Guide To The National Parks In Kosovo

A landlocked region in the western Balkans, Kosovo is one of southern Europe’s most underrated and least explored places. Yet, it has tremendous tourism potential for two main reasons.

The first one is that it’s filled to the brim with historic sites and home to tons of cultural heritage. The second reason is the overwhelmingly beautiful nature in Kosovo, which is epitomized in and protected by the two majestic national parks in Kosovo.

It’s really amazing that a region this small—Kosovo is only just over 10,000 square kilometers in size—has such a wealth of cultural and natural attractions. In this post, we’ll zoom in on both Kosovo national parks.

Additionally, we also have a few other posts specifically about where to stay in Kosovo, the best places and cities to visit in Kosovo, the top things to do in Kosovo, and everything you need to know about renting a car and driving in Kosovo, just in case you’re looking for more info about Kosovo tourism.

You’ll find the national parks of Kosovo in the far south of the country and in its westernmost corner. Two major tourist towns serve as the gateway to each park. Those are respectively Prizren to Šar Mountains National Park in the south and Peć (or Peja) to Bjeshkët e Nemuna National Park in the west. This makes it exceptionally easy to combine culture and nature in Kosovo.

Impressive Šar Mountains National Park lies in the far south of Kosovo, on Albania and Macedonia’s border. The Šar Mountains form the natural border between Kosovo and those two countries, a vast unspoiled wilderness of rolling hills, streams and rivers, alpine lakes, and old-growth forests.

Also written as Sharr Mountains National Park (either with one or two r’s) or Sharri National Park, this is one of the highest and largest mountain parks in the Balkans, measuring 70 kilometers long and 30 kilometers wide. It’s also one of the last large true wilderness areas in southern Europe; its varied landscapes are home to staggering numbers of plants and animals.

More than 1,500 species of plants in the park, including the endemic relict Macedonian pine, white-bark pine, and alpine rose. In terms of animals, over 140 butterflies and 200 bird species call the park home. Large mammals, too, abound here, including lynx, gray wolves, deer, chamois, and brown bears.

In summer, this park offers spectacular hiking and mountain biking as well as wildlife watching. It’s an absolutely fantastic destination for lovers of all things nature. Adventure travelers will relish the chance to explore some of southeastern Europe’s wildest areas. When the snow starts falling in winter, the park turns into a winter sports hotspot.

How To Get To Šar Mountains National Park Kosovo

There are a popular tourist and ski resort on Šar Mountain’s northwest slope, known as Brezovica. You can get there from Prizren, the nearest town and one of Kosovo’s top destinations, in about 1 hour. From Pristina, the Kosovo capital, it’s 1 hour and 30 minutes, give or take, by car.

Alternatively, Šar Mountains National Park is also accessible from Skopje, Macedonia, via the E65 and M2 highways and Route 115. That drive is 68 kilometers long. It takes at least 1 hour and 30 minutes, but quite possibly more because it involves a border crossing.

IMPORTANT: If you’re coming from Macedonia and would also like to visit Serbia after exploring the Šar Mountains, read the bottom section of this post to see what you should do!

There’s a mountain lodge within the national park, but most of the best places to stay near Šar Mountains National Park are in Prizren. There, you’ll find numerous hotels and hostels to choose from.

The second of Kosovo’s national parks is Bjeshkët e Nemuna National Park, which lies in the far western corner of Kosovo. Although its Albanian name is typically used, it’s also known as Prokletije National Park in Serbian. The park’s name in both languages is translated the same—”cursed mountains.”

Officially this massive mountain range on the borders between Kosovo, Albania, and Montenegro is called the Albanian Alps or Accursed Mountains. Bjeshkët e Nemuna National Park lies next to Valbonë Valley National Park, one of Albania’s most spectacular national parks.

The rugged topography and huge range of elevations in this park have resulted in abundant fauna and flora. Not only is this one of the most essential nature parks in Kosovo, but it’s also of major significance in the greater Balkan region. It offers a safe haven to various threatened species, from tiny plants to large mammals.

More than 30 endemic plant species live in this park, and over 170 species of birds, ten reptiles, 129 different butterflies, and three dozen mammal species. For visitors, it’s usually the birds and mammals that are of the highest interest. And some genuinely spectacular animals call Bjeshkët e Nemuna National Park home. Park visitors might see lynx, roe deer, chamois, or eagles. If you’re fortunate, you may even catch a glimpse of gray wolves or brown bears, although those rare animals do live deep in the heart of the wilderness.

Within the park are several small villages, too, offering an insight into the traditional Kosovar life in the mountains. There are farms and ruins, ethnographic heritage sites, and friendly locals. In terms of things to do in Bjeshkët e Nemuna National Park, you’ll find some of the best biking and hiking in Kosovo here.

How To Get To Bjeshkët e Nemuna National Park Kosovo

There are several small towns just outside of Bjeshkët e Nemuna National Park. The main gateway to the park, however, is Peć, also called Peja.

In fact, Peć is one of Kosovo’s most significant tourist destinations. It’s such an attractive place to visit in Kosovo both for its beautiful Old Town and its proximity to Rugova Canyon and one of the two national parks in Kosovo. The drive from Pristina, the capital of Kosovo, to Peć is only about 52 kilometers. It shouldn’t take you much longer than 1 hour and 30 minutes to get there. Moreover, it’s also a super-easy drive, following the M9 highway the entire way.

If you’re in the area, you’re strongly encouraged to visit nearby Rugova Canyon as well. It’s one of Europe’s longest and deepest canyons and one of the top attractions in Kosovo. Another not-to-be-missed highlight is the Patriarchal Monastery of Peć. This fantastic historic site is near Rugova Canyon’s entrance and part of Kosovo’s only UNESCO World Heritage Site.

Surrounded by small villages and tourist towns, there’s no lack of accommodation near Bjeshkët e Nemuna National Park. Peć is home to several hotels to choose from, as well as a hostel. 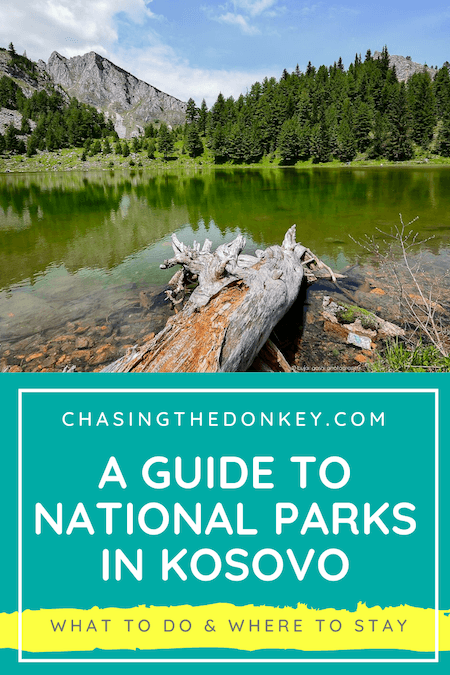 Since both Kosovo national parks are mountain parks characterized by rugged landscapes, canyons, forests, lakes, and general wilderness, the best time to visit them is from mid-spring through mid-fall. That half of the year provides the most comfortable weather. Pleasant temperatures, sunshine, and less precipitation create an ideal condition for Kosovo hiking, biking, or boating trips.

Other Nature Parks In Kosovo

It’s actually quite impressive that there are two national parks in Kosovo. After all, it’s a small country, yet it has a couple of the most majestic mountain parks in the Balkans—if not in Europe as a whole. In addition to those two Kosovo national parks, there are also more than ten other nature reserves and nearly 100 natural monuments.

A few other visit-worthy destinations to enjoy nature in Kosovo are:

The Kosovo And Serbia Situation 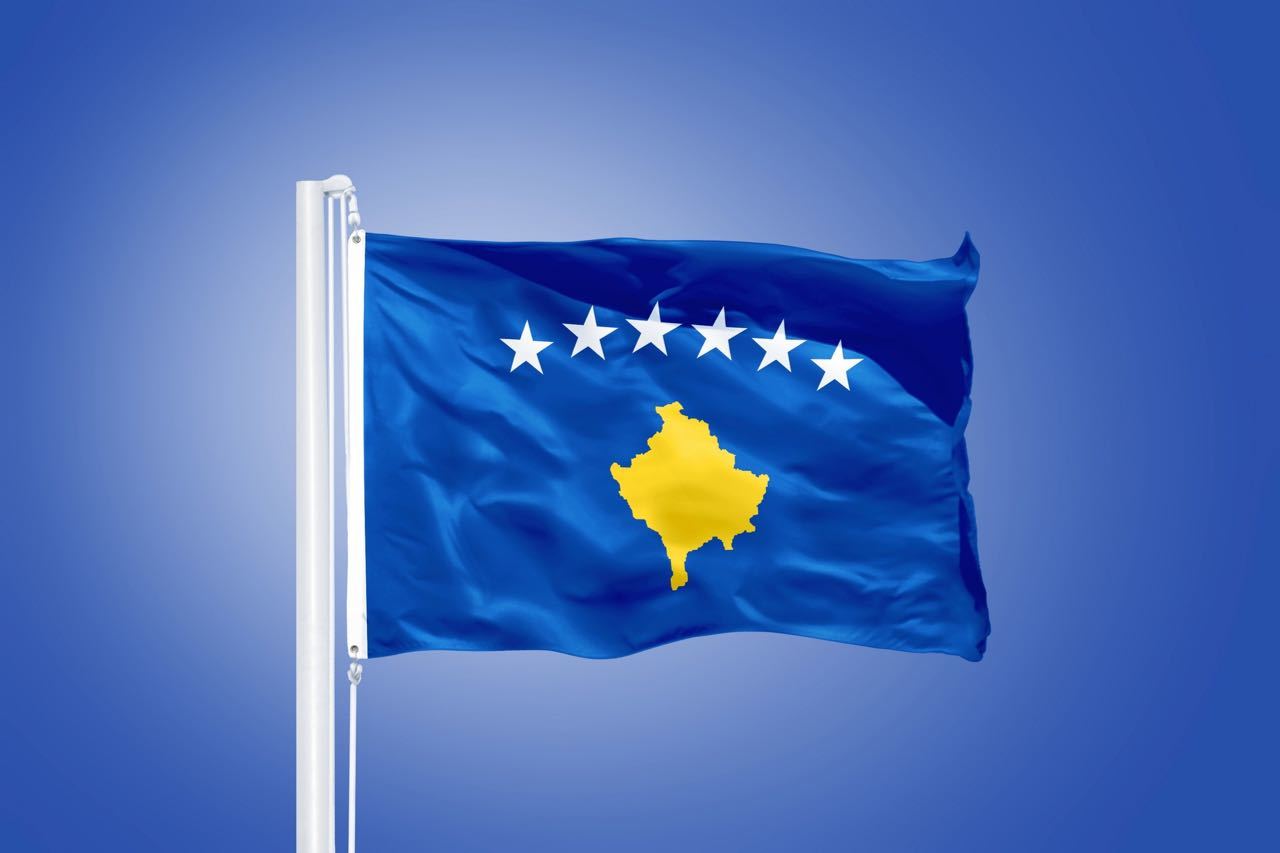 Currently, there are two national parks in Kosovo and four other national parks in Serbia. We have to point out that there’s still lots of dispute about Kosovo’s claim to independence, which most countries acknowledge but not by Serbia. (Kosovo wants to leave Serbia.)

We’re by no means taking a side here. However, we’ve decided to split up the two regions and dedicate separate blog posts to respectively the national parks in Kosovo and those in Serbia. You can read all about the Serbia national parks here.

Additionally, if you’d like to visit Šar Mountain National Park and/or Bjeshkët e Nemuna National Park in Kosovo and also visit Serbia, you have to enter Serbia first. If you enter Kosovo first, via its border with Albania, Montenegro, or Macedonia, you won’t be allowed to enter Serbia afterward.

Of course, it’s all politics, but this definitely has the potential to affect—if not ruin—your Balkan travel plans. Therefore, if you plan to visit both Serbia and Kosovo, you should go to Serbia first and travel to Kosovo afterward.