Unless you were born in Europe or visited Macedonia previously, you might not even know that this small but lovely country exists. Macedonia is one of the smallest, poorest, and (undeservingly) one of the least visited countries in Europe. That’s why you won’t find many articles about it online, except for some articles about Ohrid and Skopje here and there.

Well, who can give you better tips about traveling to Macedonia than a local? In this article, I’ll try to give you a glimpse of the country, show you why you absolutely must visit, and everything you need to know before you do so.

Spoiler alert: this article includes information about a city of 365 churches, remote monasteries that hide pieces from the cross Jesus was crucified on, the oldest lake in Europe, the deepest underwater cave, and Macedonia’s very own snake island.

With that being said, the first thing you should know if you plan to visit Macedonia is that…

You Shouldn’t FYROM It

As you may or may not know, Macedonia has a name dispute with Greece. Long story short, Greece currently has a part of Macedonia’s historical region within its territory, and they fear their territorial integrity as long as Macedonia is named Macedonia.

Actually, no one in their right mind in Macedonia has any territorial pretensions towards this part of Greece, but that’s a different story. The temporary reference The Former Yugoslav Republic Of Macedonia (FYROM) was forced upon Macedonia back in the 1990s (even though most countries already recognized it under its constitutional name). Macedonians don’t appreciate being called that at all.

What About The Visa? 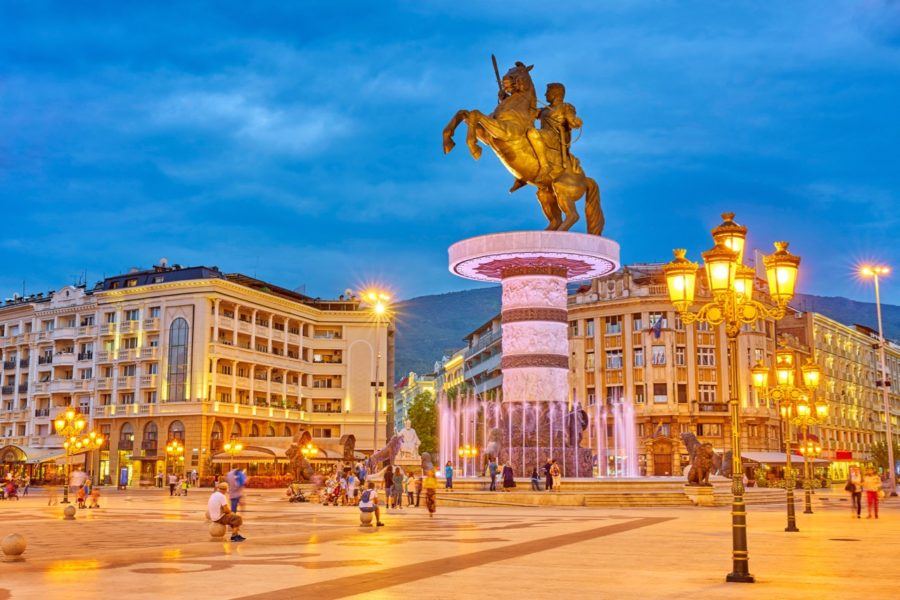 Macedonia is not a part of the E.U. or the Schengen Zone, but you don’t need a visa if you are a resident of any European country. However, if you’re from a country outside of Europe, you might need a visa, depending on where you come from. To ensure whether you need a visa or not, check out this official government site before you plan your visit to Macedonia. 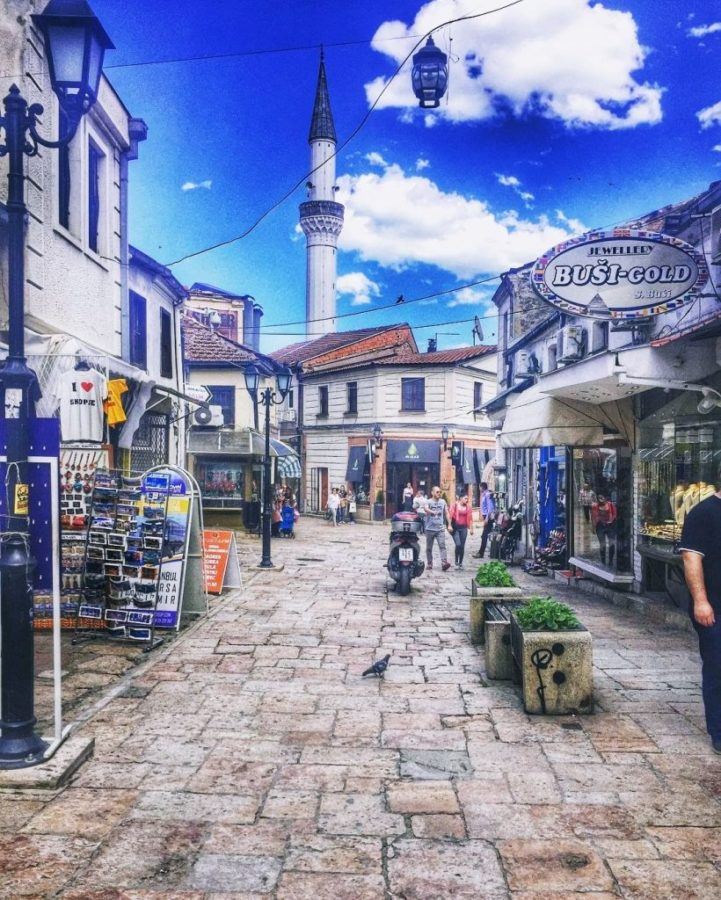 Macedonia has two airports, one in Skopje (the capital) and one in Ohrid (the tourist hotspot). If you’re flying from Europe, the cheapest option would be to book a flight with Wizz Air. If you’re flying from outside of Europe, consider flying to a bigger city in Europe from where you can get a Wizz Air flight. This will always be a cheaper alternative.

The best way to explore Macedonia is by bus. It’s a bit more expensive than traveling by train, but it’s a lot faster. However, if you want to get off the beaten track and explore places in areas that are not inhabited, the best way is to rent a car or hire a driver from a local tour operator. Both options shouldn’t be costly because Macedonia is so small; you can get anywhere in the country in under 3 hours.

Now that we covered some basics let’s see some of the best things Macedonia offers.

The Capital Is A City Of Contrasts (For Real)! 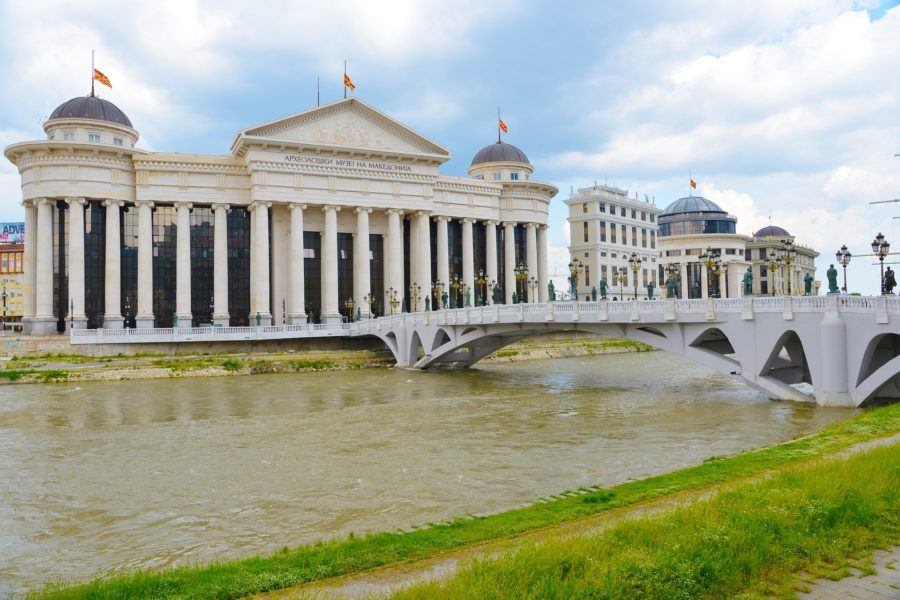 Almost half of Macedonia’s population lives in Skopje, so it’s logical for such a city to be a city of contrasts but let me give you some background. If you’re wandering around the city square, you might feel like you’re in Paris or some other Western European capital. Skopje even has its own Arc de Triomphe. However, after you cross the legendary Stone Bridge, this vibe disappears, and you start feeling like you’re somewhere in Turkey or the Middle East.

This sudden change of the environment is something that dazzles most travelers visiting Skopje, and it’s worth exploring for a day or two (check out these incredible hotels in the city for an overnight stay). If you think that’s not enough, take a 20-minute bus ride from the city center if you want to feel like you’re in the slums of Mumbai.

Skopje Boasts The Only Romani-Run Municipality In Europe 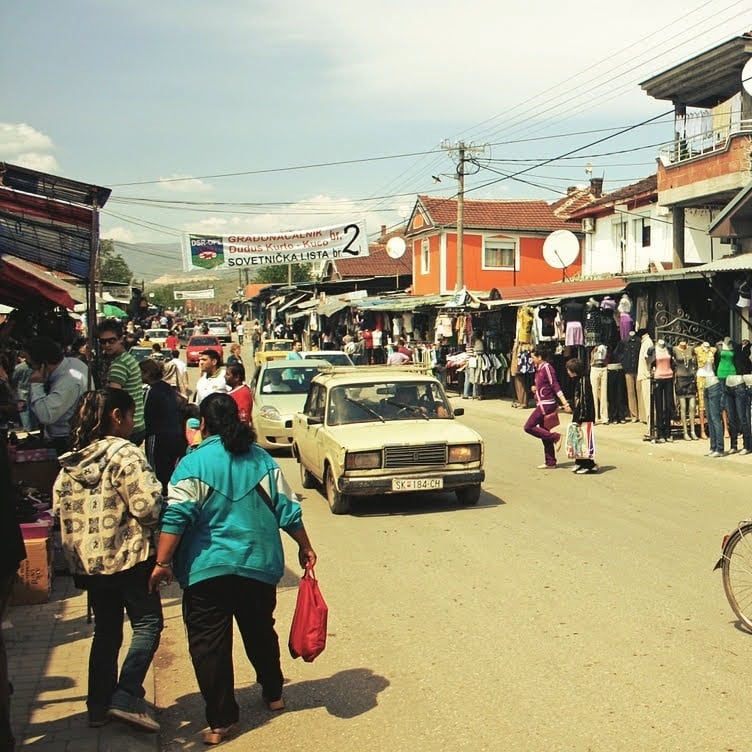 Romani people (also known as Gypsies) are a nomadic group that migrated to Europe from the North of India around a thousand years ago. Today, they are one of the most discriminated ethnic groups in Europe, but many of them found a home in Skopje. Shuto Orizari, called Shutka by the locals, is the only municipality in Europe (and probably the world) where Romani people have complete autonomy, including their own mayor.

Shutka also has a very famous street market where you can buy practically anything for half the price you normally would and even less if you know how to bargain. It’s not the most charming place in Skopje but certainly an unusual one, and a one you indeed won’t find anywhere else, at least in Europe.

If you want to see the prettier side of the city, I suggest you visit…

The Deepest Underwater Cave In Europe? 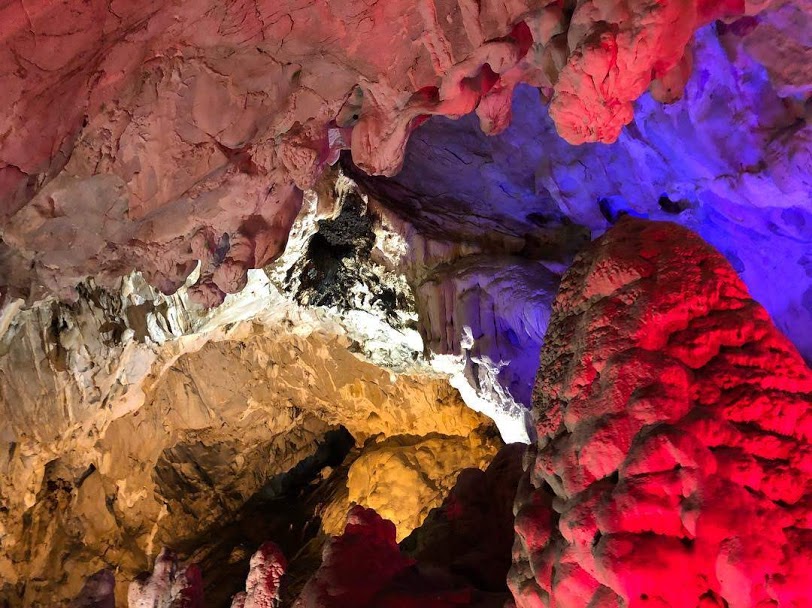 According to multiple sources, the deepest cave in Europe is Hranicka Propast in the Czech Republic (402 meters). However, the Vrelo Cave, located in the Matka Canyon just outside of Skopje, isn’t fully explored, and many believe it might be deeper than 400 meters. There were several attempts to measure the cave’s depth, but teams couldn’t proceed due to the pile of rocks that were blocking the way. Hence, no one really knows how deep Vrelo Cave is.

However, this cave is not the only reason to visit Matka. The Canyon is also home to 77 endemic species of butterfly and large populations of bats. You’ll also find several medieval monasteries scattered across the Canyon; you can go kayaking, witness one of the most iconic views of Skopje, and go rock climbing (not recommendable if you’re not experienced). While we’re at it…

Get Ready To Be Blown Away By The Mountain Landscapes 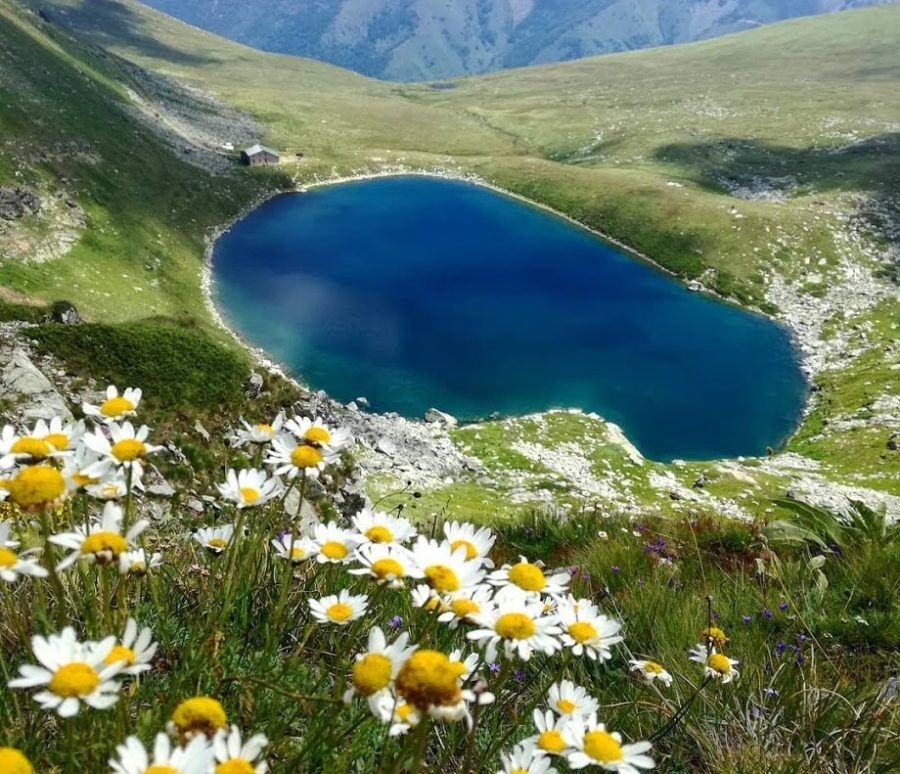 Mountains cover almost 80% of Macedonia’s territory. In only 25,000 square kilometers, you’ll find 50 lakes and 34 mountains higher than 2,000 meters. This makes Macedonia the fourth country in Europe with the highest average elevation (741 meters), only falling behind Andorra, Switzerland, and Austria.

Despite being such a small country, Macedonia has three breathtaking national parks in Mavrovo, Pelister, and Galicica. These are some of the last places on Earth where you can spot a very rare species: the Balkan Lynx.

If you like mountains and hiking, you will find plenty of entirely unfrequented trails in all parts of the country. And since I mentioned nature, I should also tell you that while you are visiting Macedonia, you must visit…

The Oldest Lake In Europe

The Lake in Ohrid is a UNESCO heritage site that is more than 4 million years old. It’s also one of the deepest lakes in Europe, with a maximum depth of almost 300 meters. More than 300 endemic species call the Ohrid Lake a home, which is the main reason why the lake has been on UNESCO’s list since 1979.

The Ohrid lake is also a great summer destination hosting some of the most beautiful beaches in Macedonia. No wonder a lot of international tourists choose it as their summer holiday destination every year.

Ohrid is also nicknamed the Jerusalem of the Balkans. The city used to have 365 churches in the past: one for every day of the year. But unfortunately, after the Ottoman invasion, many of them were destroyed. Talking about churches and monasteries, in the western part of the country, you can find…

Most of the people in Macedonia are orthodox Christian and have been for more than 1,000 years, and the name Macedonia is mentioned several times in the bible. Christianity has been around in Macedonia since its early beginnings. It’s also believed that there are three pieces of the cross Jesus was crucified on used in the foundation of three monasteries in Western Macedonia.

One is the Monastery of St. Bogorodica Prechista (Mother Marry) near Kichevo. The second is in the St. Georgij Pobedonosec Monastery in Debar, and the third one is in the St. Jovan Bigorski Monastery, near the city of Gostivar. These monasteries have jaw-dropping architecture and have great historical importance. Still, you can also find many more monasteries scattered across the country, some of which are tucked away in the most isolated corners of the country. Talking about incredible sights…

Macedonia Is (Probably) The Only Landlocked Country That Has An Island

Macedonia is landlocked and has no access to the sea, but it has its own island. Golem Grad or Snake Island is located in Prespa Lake and is a part of the National Park Galichica.

Today, the island’s only residents are snakes, but there is strong evidence that people lived on the island at one point in time. Snake Island was opened for visitors in 2008, and if you feel adventurous, you should check it out.

Macedonia Has The Fourth Oldest Space Observatory In The World! 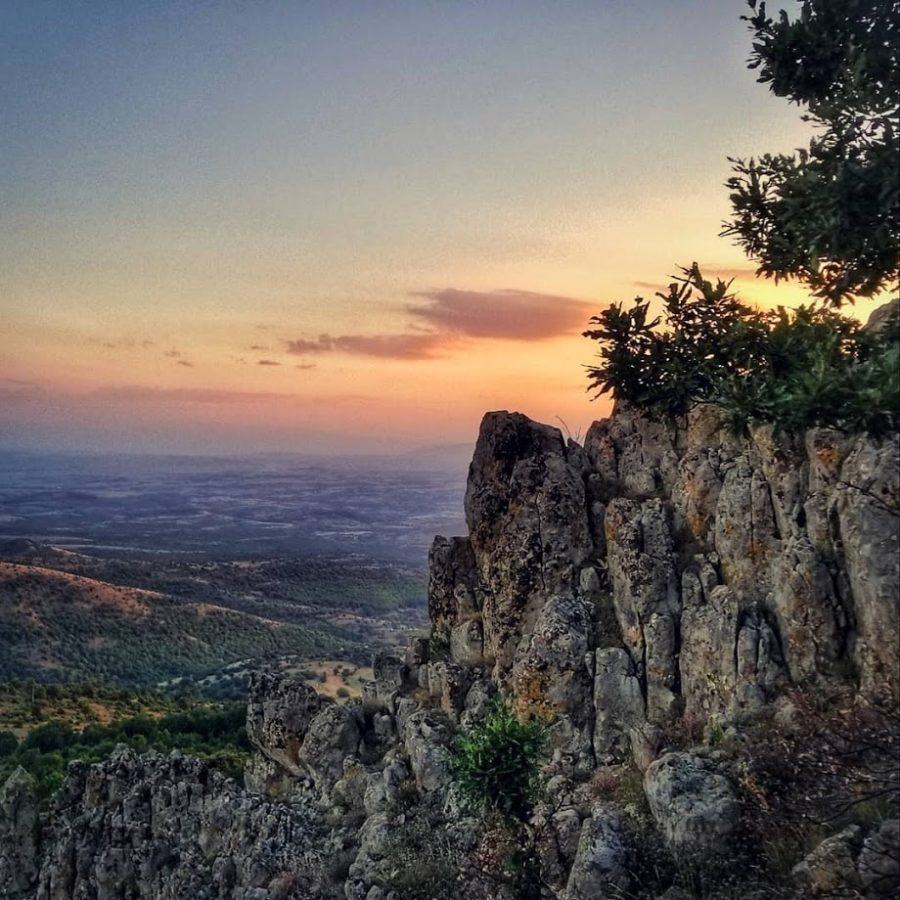 Halfway between Skopje and the border with Serbia, you’ll find Kokino. According to NASA, this is one of the oldest space observatories globally, dating back to the 19th century B.C. In 2002, it was proven that the stone markers found on the site were used to track the movement of the Moon and the Sun on the eastern horizon. Shortly after this discovery, Kokino was added to UNESCO’s heritage list.

The Ohrid Lake is so big it spreads across two cities, Ohrid and Struga. And the latter hosts one of the world’s largest annual gatherings of poets. The Struga Poetry evenings have been around since 1961, and the Golden Wreath, awarded on this festival, is one of the most prestigious awards a poet can get. Some of the previous Golden Wreath winners include the likes of W.H. Auden, Allen Ginsberg, and Ted Hughes.

If this sounds intriguing, you might be wondering about the costs of traveling to Macedonia. Well, you can experience all of these things for only a fraction of the price you might think it’s realistic because…

Macedonia Is Arguably The Cheapest Country In Europe 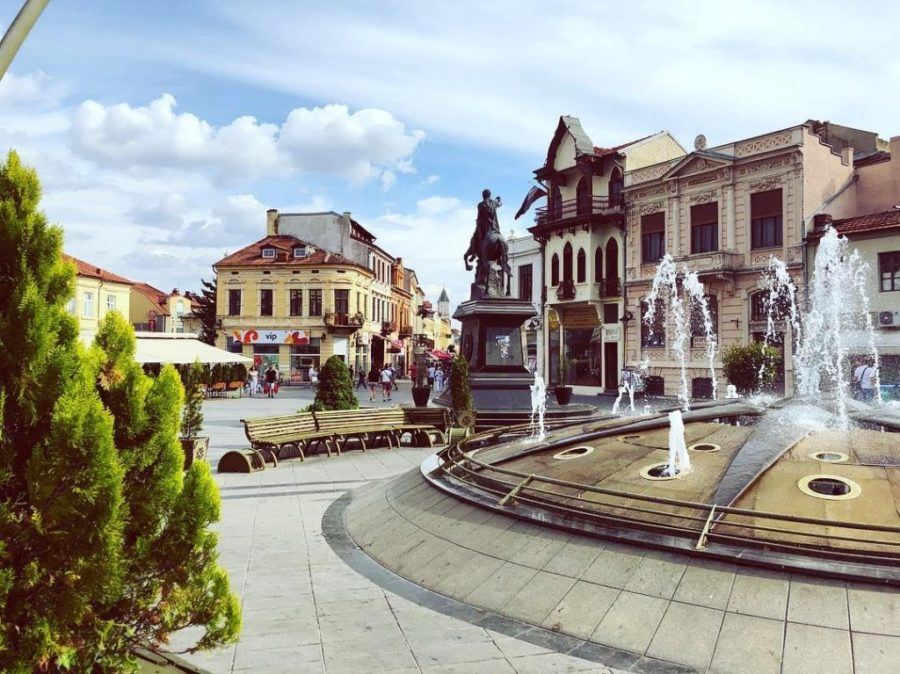 You’re probably aware that the Balkan countries have the lowest living standard in Europe, and hence, the prices for everything are a lot lower. The most expensive cities in Macedonia are Skopje and Ohrid, but they are still far from what you might consider expensive. All the other cities have ridiculously low prices, even for people from Skopje.

In Skopje, you can get a decent meal for 3-5 euros, a cup of coffee shouldn’t cost you more than 1-1.5 euro, you can get a comfortable hotel room for 20-25 euros, and you can make a circle around the country with a bus for less than 25 euros! If you want to save money, take with you a filter water bottle as you travel. The prices in most other cities are close to half of these, mainly because of the poor mismanagement of local development. This is the main reason why approximately half of the entire country’s residents live in Skopje.

Have you ever visited Macedonia before? If not, would you like to, after reading this article? Let us know in the comments!