Best Places To Dive In Bulgaria

Best Places To Dive In Bulgaria

Written by the diving crew from Surface Interval.

Bulgaria is a country that often gets overlooked in the scuba diving scene of Europe. In fact, Bulgaria doesn’t get as get much attention as other Balkan countries.

The soft presence of the entire region is a travesty of nature to be explored – or, perhaps, it is a good thing that the area is not over-explored.

Bulgaria features some of the best nature to be seen throughout Europe. With its diversity of mountains, forests, and magnificent Black Sea beaches, it is one of the best countries for outdoor enthusiasts – but few people look further than that.

It’s time to venture below the surface to the hidden treasures of under the sea. Bulgaria has some gems that divers should discover, and this guide will familiarize you with the best diving spots in Bulgaria. 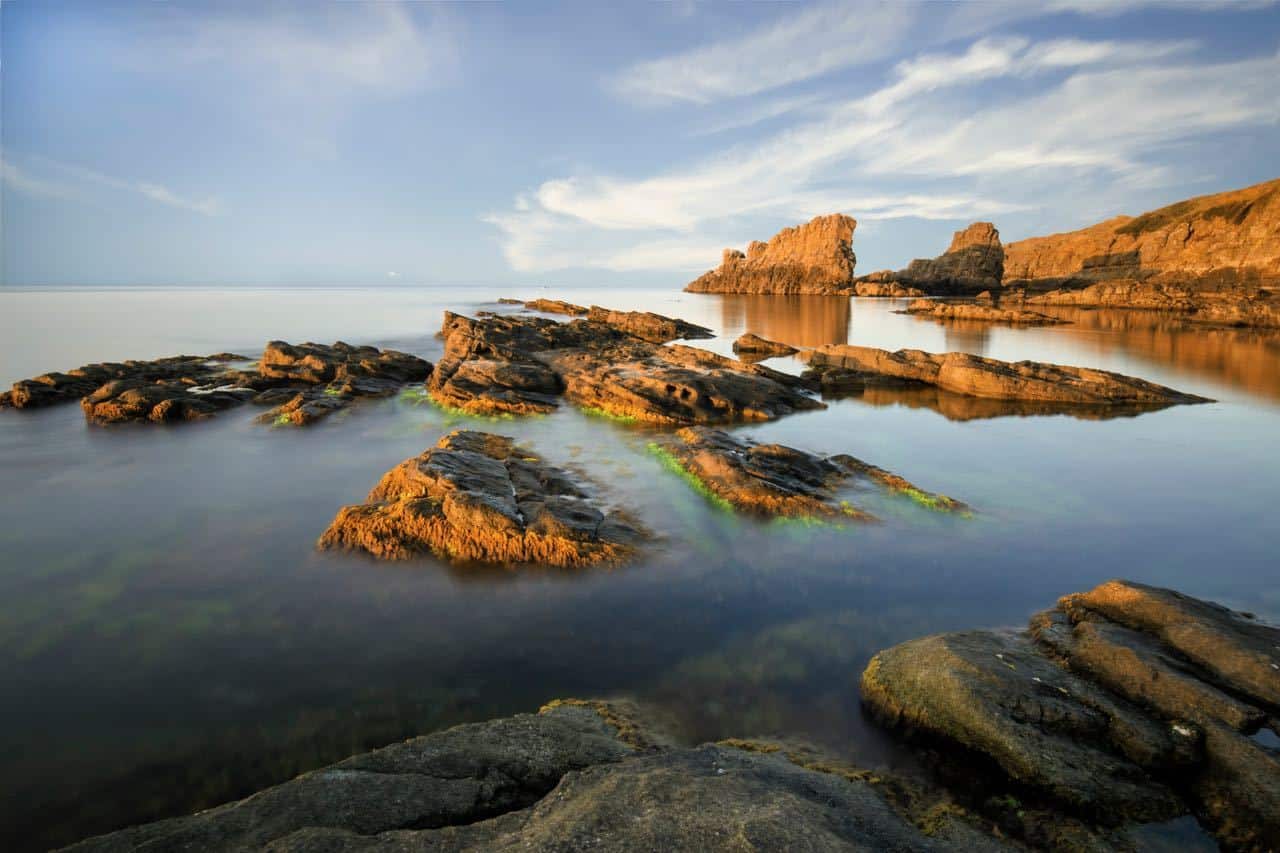 Bulgaria will surprise divers with its diversity of dive sites. The diving allegiance around Europe doesn’t give the country enough credit for its underwater attractions.

Whether underwater caves, sunken World War II battleships, underwater forests, or a wide variety of marine life, including sea turtles, dolphins, whales, and more – Bulgaria is a force to be reckoned with in the Black Sea.

One trip to Bulgaria will put the treasures of the Black Sea on your diving map, and you are sure to re-visit in the future.

What’s The Cost Of Bulgaria Diving

One of the known benefits of traveling through Eastern Europe is that it is comparatively cheaper than its Central and Western European counterparts. This translates to the Balkans and areas around the Black Sea being more affordable, too.

Diving in Bulgaria can be considerably less expensive than popular spots in the Mediterranean or other places around Europe. Below is what you can expect to pay to obtain certain certification levels or to further your diving experiences if you are already certified.

The Black Sea is home to a variety of marine species and communities. Though the Black Sea isn’t known for its sea life, it can be pretty prolific in some areas around Bulgaria.

As water is fed in and out of the Black Sea from channels running to the Mediterranean, you will find a commonality in marine life with that of the Med.

Many species of sea turtles, common bottlenose among other types of dolphins, and several species of whales (including the mammoth sperm whale) are among some of the rarer big-ticket sightings that can be found in the depths of the Black Sea.

Besides that, much of the life can be found right off the shore in Bulgaria. Pipefish, scorpionfish, seahorses, and more are some of the most common sightings.

Macro lovers will be mesmerized with the plentiful life among the reefs and walls and along the seafloor of the Black Sea.

There is surprisingly great life under the Black Sea surface, especially on Bulgaria’s eastern side.

Unlike other popular regions for diving in Europe, like the Mediterranean, it is not common to dive in Bulgaria year-round. The diving season of the Black Sea typically follows its high tourism season.

With its temperate climate, diving in Bulgaria is best from March to October when the air temperature and the coast average at about 29 degrees (Celsius) and the water temperature sits at a comfortable 23 degrees.

Most divers will come in the high season, which ranges from early June to early August. However, many suggest the best (and most visible) diving can be enjoyed during the entire month of August. In the wintertime, air temperatures can dip to a balmy 6 degrees and below.

There are so many dive sites and towns along the Black Sea; it is best to highlight the most popular to visit for diving in Bulgaria. Below are among the favorites:

Diving in the Underwater Stone Forest is an adventure in itself. Found in the straight between the north of the popular tourist town, Sozopol, and St. Ivan’s Island,  you can dive to a depth of about 20 meters to witness a stone forest. Tree-like natural structures that jut from the base into branches reaching up to four to five meters long.

It is a very eerie dive as it gives you a feeling of diving into some kind of post-apocalyptic world. It is one of the most unique dives in Bulgaria and a must if you are in the area or willing to venture from the Black Sea’s more popular dives. 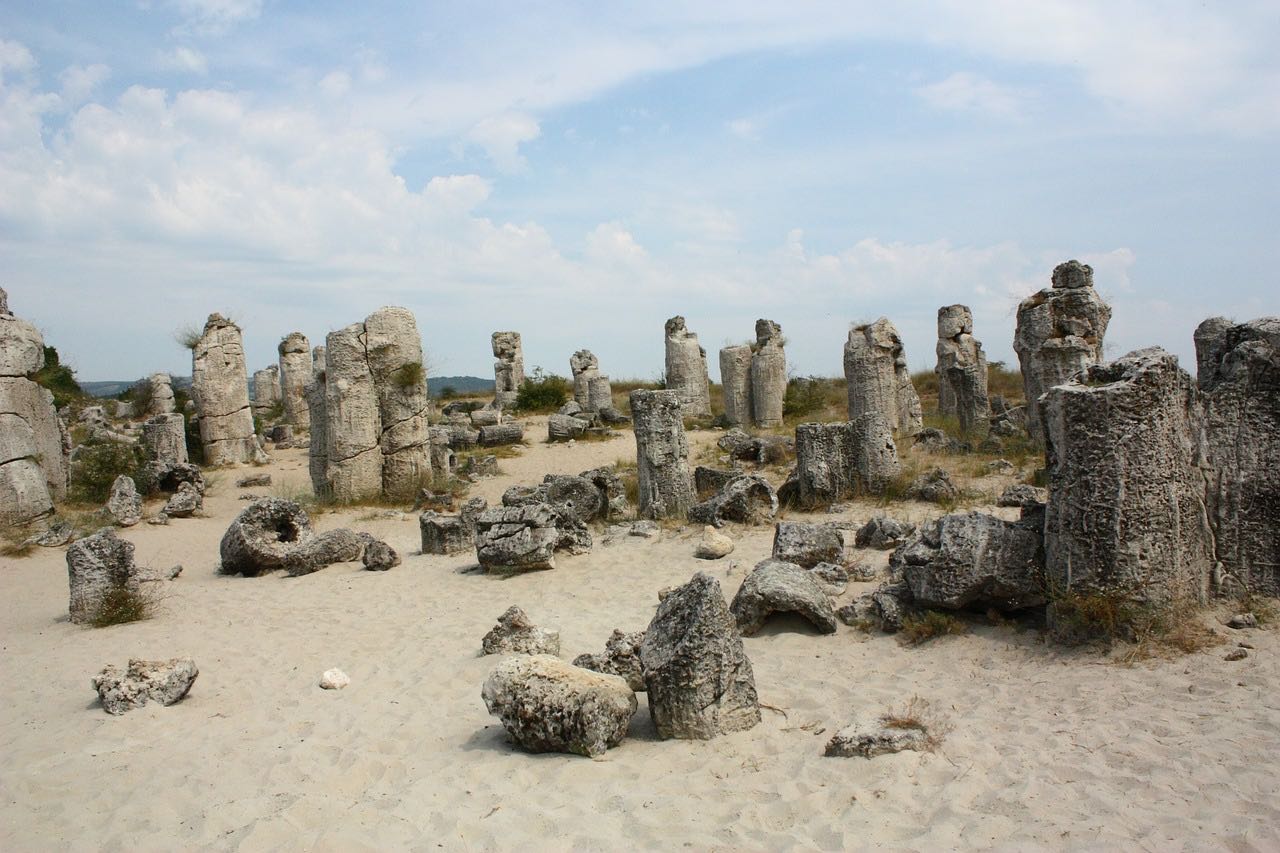 Varna is, perhaps, the most popular diving city in Bulgaria. Already popular among tourists because of its Grade A white sand beaches, it has recently become a hot spot for diving as well.

One of the more visited dive sites here is the submerged ancient Roman port. It sits only 12 meters below the surface and can be done by low-level certified divers.

It is about 40 kilometers outside Varna, so a boat dive is required as most dives around Varna can be done from the shore.

Around the shore, divers have found ancient artifacts dating back 3,000 years. You will undoubtedly hear stories of Alexander the Great’s treasures being buried there.

The exciting nightlife scene and sulphuric spas and baths along the coast in Varna only add to the city’s attraction. Varna is quickly becoming one of the top places to dive in the Black Sea, if not the top spot.

The Mopang is a sunken American cargo ship which, with the exception of the front bow, which took the brunt of the explosion damage, is in excellent condition sitting approximately 22-32 meters below the surface. Some of the ship’s cabins are accessible to trained divers, as well.

Burgas (or Bourgas) is the second-largest Bulgarian city along the Black Sea and fourth in the entire country. As it is primarily used as a transit point for non-diving tourists for smaller resort towns north and south of it along the coast, Burgas has become a sort of sanctuary for the diving scene in Bulgaria.

In it, you will find long stretches of primarily empty beaches, beautiful and well-maintained seafront parks, and very affordable accommodation options for the budget-conscious traveler. It is a perfect place for an extended diving holiday.

There are also four lakes outside the city, which bird enthusiasts flock to. They aren’t necessarily good for diving; however, suitable for a nice salty plunge.

Some of Bulgaria’s most popular dives are wreck dives, which feature sunken World War II battleships. The most fortunate part about these sad tragedies is most sunken ships, which are either a part of the buried German battle fleet or one of five Russian submarines (although only four have been found to date), lay inaccessible areas only 15-40 meters below the surface where they sit comfortably on the sea bed.

Previous wreck diving experience is recommended for these sites, but there are a few wrecks where it is not required.

Below are the Russian submarines located off the shores of Bulgaria:

Be cautioned that these shipwrecks are war graves and should be dived as such. Take caution when diving, and avoid making contact with all you can. 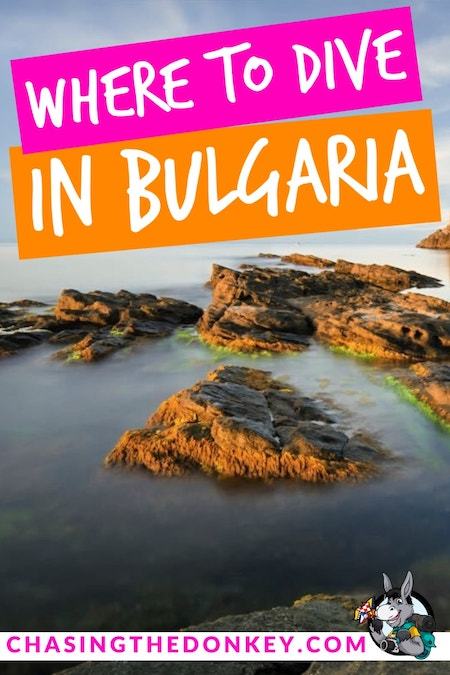 Liveaboards Or Day Trips While Diving In Bulgaria

Liveaboards in Bulgaria or the Black Sea, in general, are not common. There may be chartered cruises that take you diving – almost like a liveaboard. However, you will be hard-pressed to find a dive company in the Black Sea operating a liveaboard service.

For whatever reason, diving in Bulgaria and the Black Sea will never be the top of divers’ lists of must-see’s. However, it is quickly popping up on people’s radars as unforgettable sights are slowly being discovered.

There is still so much more which has yet to be explored and that, alone, should encourage you to take a diving trip to Bulgaria as soon as you can.

For more, don’t be afraid to comment below, and we will see if we can help with your questions or concerns.