Bulgaria is one of the oldest inhabited regions on the continent, featuring several significant archaeological sites from the Neolithic period. Throughout its history, Bulgaria has been the home of the Thracians, Greeks, Persians, Romans, Goths, Huns, and Ottomans.

Needless to say, the mix of cultures, architectural, and artistic styles is sensational. This fantastic heritage is reflected in the country’s ten UNESCO World Heritage Sites, including several excellent ancient sites and a few breathtaking natural areas.

There’s plenty to see and do in Bulgaria. Still, significant attractions include Sofia, the Ancient City of Nessebar, Central Balkan National Park, the Rock-Hewn Churches of Ivanovo, Pirin National Park, the Seven Rila Lakes, the Rila Monastery, and the Madara Rider.

As a guest exploring this incredible country, it’s important to know the local customs, including how to tip. This guide will walk you through Bulgaria’s currency and the appropriate tipping culture so you can arrive prepared! 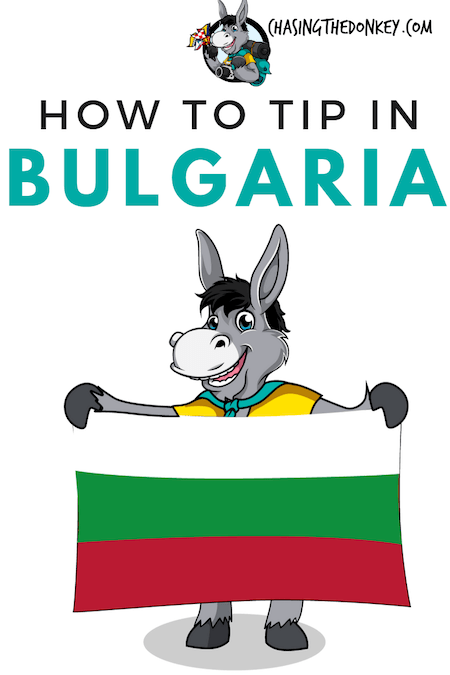 Other currencies accepted: Bulgaria is a country within the Balkan region where you will struggle to pay with anything other than Leva. Your Euros will not be welcome unless there is a very dire emergency, and as a result, failing to change your cash when you arrive will mean you’re wasting time when you could be off exploring! You might find that Dollars are accepted, but again, this is not guaranteed and is likely to be at the discretion of the store you’re attempting to buy something in.

How To Tip In Bulgaria

There is no hard and fast rule for tipping in Bulgaria, but workers will be very grateful for any tip you choose to leave, especially in tourist resorts, towns, and cities. Bulgarian wages are relatively low compared to neighboring countries, and they often rely on tips to top up their salaries at the end of the month.

Even though tipping is a little more prevalent in Bulgaria than in some other countries, it is still optional, especially away from the major towns and cities. If you’re visiting Bourgas or Varna in particular, you’ll find a growing tipping culture; and it has become customary. In rural areas, tipping isn’t as common, but if you want to say thank you for a job well done, go ahead and tip.

Tips are heavily relied upon, particularly in bars and restaurants, with 10% of the bill the regular tipping amount. If you feel that your service was high quality, a little more (15%) would be well received. If you genuinely think your service was terrible, tipping 5%-7% is more appropriate than leaving nothing. Remember that service standards differ from country to country, so expect a more to-the-point, less overtly friendly interaction with servers in Bulgaria.

It is at a tip service charge that will already be included with your bill at any restaurant, but you can undoubtedly have your server over the charges with you if you aren’t sure.

For baristas and cafe workers, tips are not required when ordering at the counter but consider leaving small change if there is a tip jar out. If you opt to sit down for table service, then round up to the nearest Lev or add 10% to your bill.

Bartenders will also appreciate a tip of between 1 to 2 Lev; if you want to make it a little less awkward, when you receive your bill, just round your amount up to the nearest suitable round figure and then leave before you get your change!

Tour guides go through extensive licensing procedures and preparation to guide people daily and rely upon tips to boost their salaries. Tipping 10% of the tour’s cost is an excellent marker to go with, keeping in mind that if both a guide and driver are involved in the tour, they will likely split the tip at the end.

Additionally, if you go on a free walking tour, tipping 5-10 Lev per guide is a great way to show your appreciation.

Along with restaurant and bar staff, hotel staff will very much appreciate any tips you give them, although it’s not required.

Tipping porters around 2 Lev for every suitcase you have is appropriate.

If you want to tip your housekeeping, you can leave between 1-2 Lev for every day you’re staying at a budget hotel and 5 Lev per day when staying at a more luxurious accommodation. You can leave a tip as a lump sum at the end of your stay, or you can leave a tip each day for the staff to pick up as they clean. Either way, it will be appreciated! Be sure to leave a note with the tip, so it’s clear to the staff that it’s for them.

When using a taxi, tipping will depend on the bill for your trip.

Round up to the nearest Lev when your bill is under 10 Lev.