A Guide To The National Parks In Bosnia And Herzegovina

In recent years, tourism in Bosnia and Herzegovina has grown exponentially. The country’s tourism footprint continues to expand as more travelers discover its incredible cultural heritage, from Sarajevo museums to Mostar’s Old Bridge. Another reason to visit this near-landlocked country in the Balkans is the three amazing national parks in Bosnia and Herzegovina.

Although Bosnia and Herzegovina may not be the most well-known nature destination, some truly spectacular places exist to explore. The country’s diverse landscapes offer various outdoor activities, from gorgeous waterfalls and beautiful rivers to pristine forests and the towering Dinaric Alps.

3 National Parks In Bosnia And Herzegovina

The epitome of natural beauty in Bosnia and Herzegovina, its tripartite of beautiful national parks should be your priority if you’d like to enjoy some of the Balkans’ great outdoors.

These Bosnia and Herzegovina national parks also preserve natural resources and encompass several cultural sites. In short, they’re great places to learn about the Bosnian culture and identity, the nation’s people and history, its biodiversity, and wildlife.

Besides nature conservation and the protection of cultural heritage, Bosnia and Herzegovina’s national parks are of enormous economic importance. They play an essential role in the country’s socio-economical development, thanks mainly to their income generation through tourism.

So, if you’d like to visit all three of them, you’ll have to go on a road trip around Bosnia-Herzegovina. Not that that’s a bad thing, of course! If anything, it’s an excellent opportunity to get to know this fascinating (and often underrated) Balkan country a bit better. 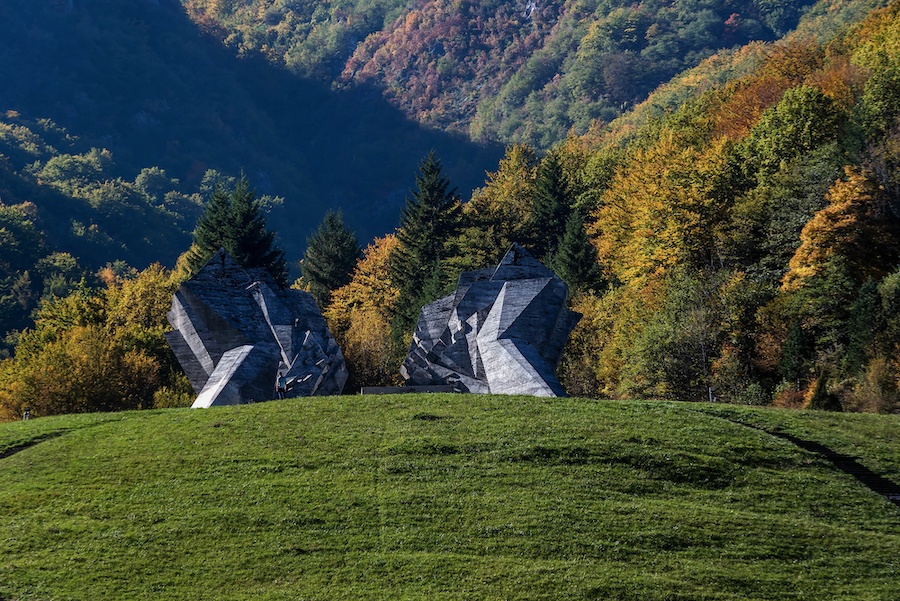 Sutjeska National Park is the oldest national park in Bosnia and Herzegovina, founded as early as 1962. Known for being the setting of the Battle of the Sutjeska in World War II, the park lies along the border with Montenegro in the country’s southeast.

It’s home to the Maglić massive, which with its height of 2,386 meters, is the highest mountain in Bosnia and Herzegovina.

The park also encompasses several other mountains over 2,000 meters high, for example, Volujak, Bioč, and Lelija. Directly across the border in Montenegro and neighboring Sutjeska lies Durmitor National Park, one of the most fantastic Balkan national parks and a UNESCO World Heritage Site.

Sutjeska National Park, not incidentally, is also home to an area of immense natural significance. The Perućica Forest Reserve is included on UNESCO’s Tentative List for consideration as a World Heritage Site.

This forest area is essential because it’s one of only two surviving old-growth forests in Europe. Numerous trees are 300 years old or even older, while the forest’s age is estimated at 20,000 years. It’s also Europe’s largest nature reserve of its kind.

Another beautiful natural attraction in this Bosnia and Herzegovina national park is the Skakavac Waterfall, which lies within the Perućica Forest Reserve. With its height of 75 meters, it’s one of the tallest waterfalls in the country.

Three large rivers form the main waterways through this majestic park. The Piva and Drina Rivers make up its northwestern boundary, while the Sutjeska River—the national park’s namesake—is the central river basin within the park. There are also nine glacial lakes, most notably the gorgeous Orlovačko Lake.

The mountains, lakes, and ancient forests harbor a wide variety of wildlife. Patients and lucky visitors might spot Balkan chamois, boar, wolves, brown bears, or golden eagles. Other outdoor activities in Sutjeska National Park include whitewater rafting, rock climbing, and fishing. Additionally, Sutjeska is also one of the best-hiking destinations in the Balkans.

A lush forested area of hills and river valleys in the northern part of Bosnia and Herzegovina, Kozara National Park was established in 1967. It lies surrounded by four major rivers—the Sava, Una, Vrbas, and Sana.

It consists of rolling meadows, dense woodlands, and low hills, none exceeding 1,000 meters in height. Nicknamed the “Green Beauty of Krajina,” Kozara National Park is a fantastic outdoor destination throughout the year.

This is arguably the most quaint and laidback of all three national parks in Bosnia and Herzegovina. There are no spectacular mountains or whitewater rivers, but instead, you’ll find peaceful woodland scenery. It’s a great place to unwind and reconnect with nature in peace and quiet. 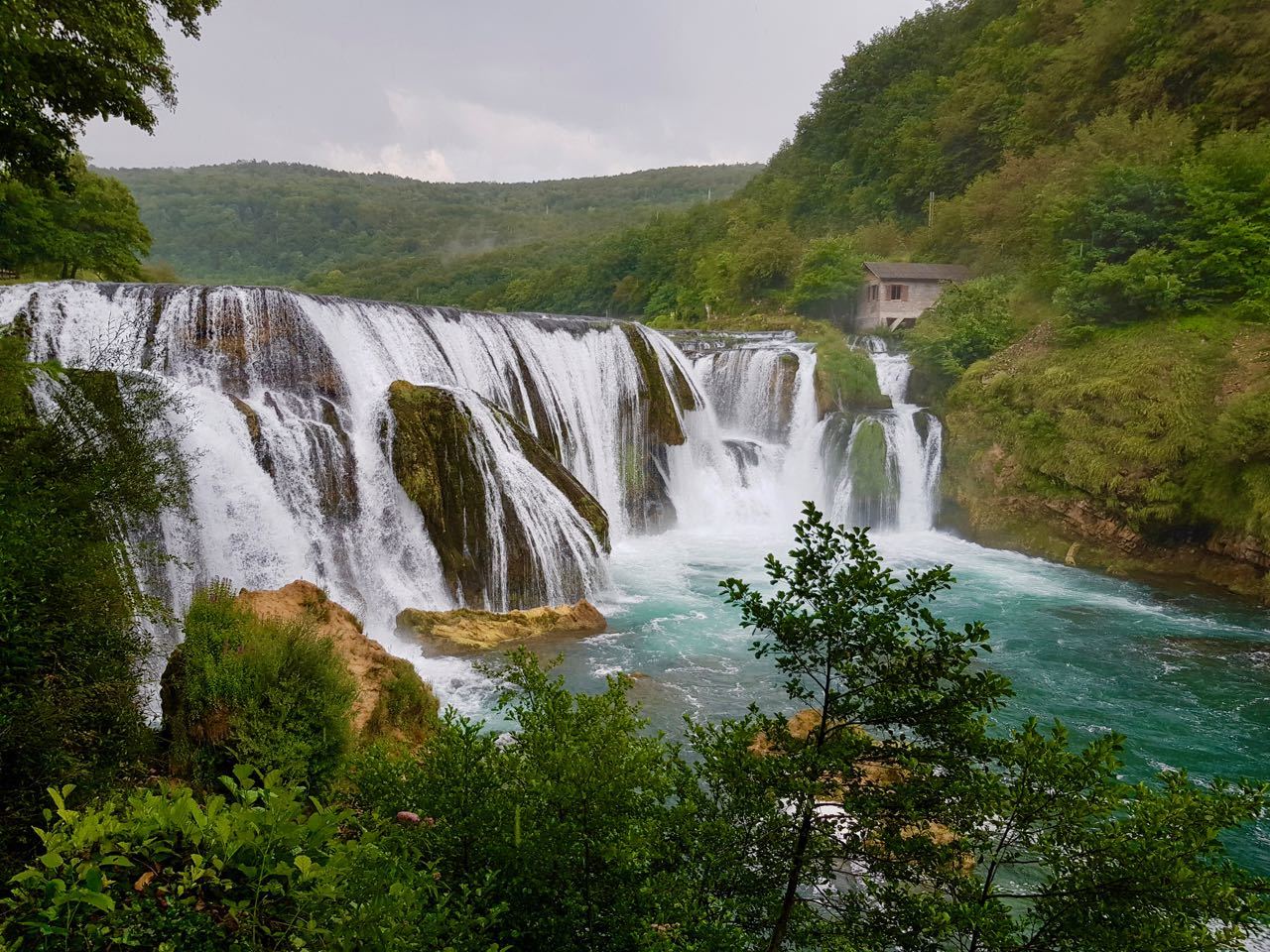 Established in 2008, Una National Park is the youngest of the three national parks in Bosnia and Herzegovina. The park encompasses the Upper Una and Unac Rivers and is the source of the famous Krka River.

The park protects and preserves various features, from the area’s extraordinary flora and fauna to riverbank woodlands and waterfalls to cultural and archaeological and cultural sites. It’s Bosnia’s heritage, both natural and cultural, in a nutshell.

As you might suspect, there are plenty of things to see and do in Una National Park. The vast majority of the park lies in Bosnia and Herzegovina, situated along the border between Bosnia-Herzegovina and Croatia. It’s one of the country’s leading natural attractions. It’s arguably even the greatest one because of that accessibility from the ever-popular Croatia, which draws in thousands of additional visitors each year.

Water is the park’s main attraction, the very reason it exists, and the source of its sheer beauty. Three rivers form the heart and arteries, the life and blood of Una National Park—the Upper Una, Unac, and Krka Rivers.

The national park’s namesake, the Una River, is the most significant natural treasure in the area. Originating as a karst spring, the stream quickly swells and falls, featuring gorgeous travertine waterfalls—comparable to Croatia’s Plitvice Lakes. The river’s waterfalls are absolutely glorious and a major attraction. 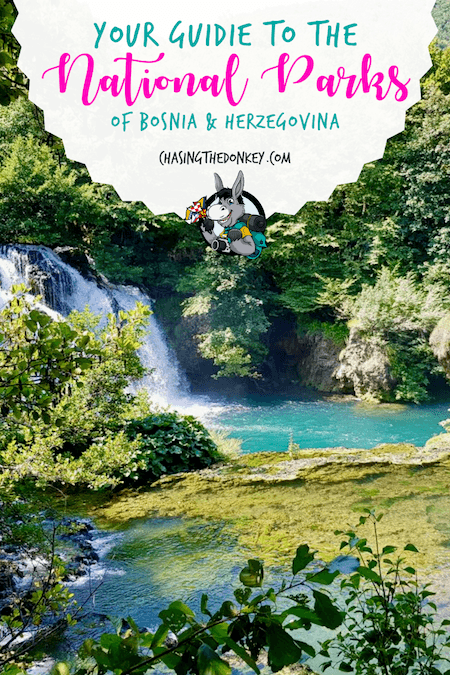 The Unac River, on the other hand, is of a very different nature. This exceptionally pure river is the Una River’s first main tributary, flowing through a gorge and filled with fish.

Forming the border with Croatia for about 5 kilometers, the Krka River is much smaller—this is its source region. If you’re interested in seeing how genuinely spectacular this river gets further downstream, you should definitely visit Krka National Park in Croatia.

A region characterized by pure rivers, ancient forests, and karst formations, Una National Park also boasts a tremendous variety of wildlife. In fact, it’s one of the most biodiverse areas in this part of Europe.

Numerous animal species call the park home, from more than 100 bird species and about 30 fish to various mammals, such as otters, bats, and deer. Moreover, this is one of the very few places in Europe where the continent’s three largest predators still roam: wolves, lynxes, and bears.

In addition to all this natural wealth, there’s also a fascinating cultural-historical side to Una National Park and its surroundings. From archaeological sites and several fortresses to various religious buildings and medieval towns, culture and history buffs will find something that tickles their fancy in this beautiful national park in Bosnia and Herzegovina.

All you have to do now is decide – what one of these national parks in Bosnia & Herzegovina will stop at first?