Sometimes called the “Jerusalem of Europe,” Sarajevo is the capital of Bosnia and Herzegovina and one of only a few large cities in Europe with a mosque, synagogue, Orthodox church, and Catholic church all in the same area. It’s easily one of Europe’s most culturally and religiously diverse cities, having been home to Orthodox Serbs, Muslim Bosniaks, Catholic Croats, Roma, and Jews for many centuries. This incredible diversity is reflected in the many great Sarajevo museums.

This ancient city has known some severe turbulence of its past, from its establishment as an Ottoman stronghold to Archduke Franz Ferdinand’s assassination, which triggered the First World War. It also suffered greatly during the violent Bosnian War in the 1990s. In fact, Sarajevo underwent the longest siege of a capital city ever to take place in modern warfare.

Nowadays, post-war renovations are still ongoing, but there are also already several modern areas and surviving historic buildings. Sarajevo is one of the top destinations in the Balkans, an exceptionally diverse and historically rich city. When visiting Sarajevo, you can learn much more about the city’s and country’s culture and history through its museums. Even if you only have one weekend to spend in Sarajevo, a visit to at least one or two of the best museums in Sarajevo is a must.

National Museum Of Bosnia And Herzegovina

The National Museum of Bosnia and Herzegovina is one of the top museums in Sarajevo. First established in 1888, its main exhibitions are in four different pavilions—natural history, archaeology, ethnology, and a library.

There’s also a botanical garden with has a collection of stećci, typical medieval tombstones of Bosnia. (These tombstones are protected as UNESCO World Heritage in numerous locations around the country.)

This is a major scientific institution in the Balkans, its most famous artifact being the Sarajevo Haggadah. This illuminated manuscript is the oldest Jewish document in the world, created in 1350 in Barcelona. 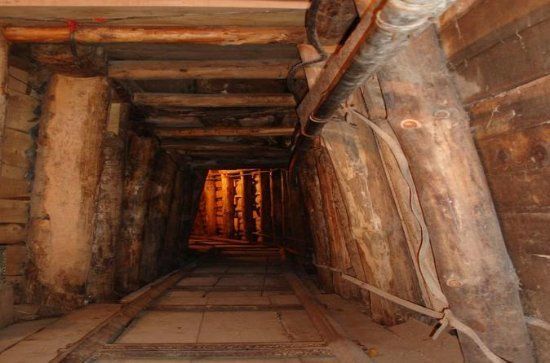 The Sarajevo Tunnel Museum is one of those Sarajevo museums located on a site that played a major role in the Bosnian War. Also known as the Tunnel of Hope, it was built by the Bosnian army during the 1993 Siege of Sarajevo and is a must-visit in the city.

The tunnel allowed people to escape and food and humanitarian aid to be brought into the city, which was completely cut off by the Serbian army.

After the war had ended, the Sarajevo Tunnel Museum was established in a private house, the basement of which was the entrance to the tunnel. When you visit this unique Sarajevo museum, you can walk a section of the tunnel. There are also exhibits of flags, military equipment, war photos, and uniforms.

Note that this museum lies outside the city center. The best way to get there is either with a rental car, if you have one, or by taxi.

Opened in January 2017, the War Childhood Museum is one of the newest museums in Sarajevo. As its name indicates, its focus lies on the lives of children during the Bosnian War.

It tells the experiences of kids through touching letters, drawings, photographs, personal items, and video testimonials. The collection contains more than 3,000 objects and 60 spoken testimonies from former “war children.”

Historical Museum Of Bosnia And Herzegovina

From the coming of the Slavs to the Balkans, who created the first medieval Bosnian State, to Ottoman and Austro-Hungarian rule to Tito’s Yugoslavia, if you want to immerse yourself in the fascinating history of Bosnia and Herzegovina, this is the best museum in Sarajevo for you. Its collection includes no fewer than 400,000 documents, photos, artifacts, works of art, and other archival objects. 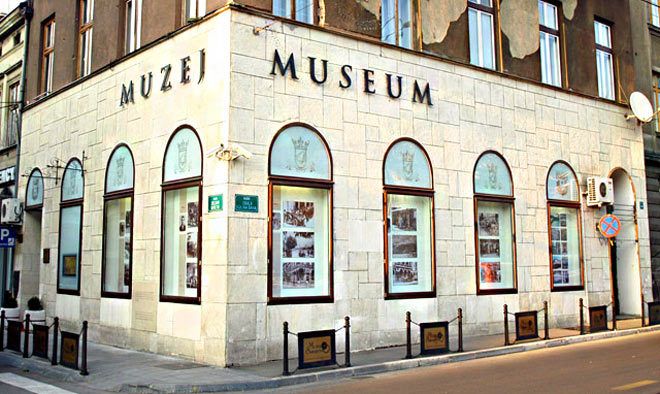 This is yet another history museum in Sarajevo. Specifically, the Sarajevo Museum 1878-1918 focuses on the Austro-Hungarian period in Bosnia and Herzegovina. Arguably the most significant period in the country’s long history, it started with modernization after the Ottomans had left. This included the construction of power plants, which resulted in the city’s becoming the second place in the world with an electric tram system after San Francisco.

It ended, however, with bloodshed. In 1914, Gavrilo Princip assassinated the Austrian heir to the throne, Franz Ferdinand, in the streets of Sarajevo. This would turn out to be the direct cause of the outbreak of the First World War.

The Sarajevo Museum 1878-1918 lies near the Latin Bridge in central Sarajevo, the very spot where the Archduke was killed. Its exhibitions showcase period weaponry, clothing, photographs, and other historical objects. There are also life-size models of Franz Ferdinand and his wife, Sophie.

Housed in an Austro-Hungarian building near the Sacred Heart Cathedral, Gallery 11/07/95 is an art gallery commemorating the Srebrenica genocide. Considered the greatest tragedy during the Bosnian War, more than 8,000 innocent Bosniaks, most of the boys and men, were executed by the Serbian army under Ratko Mladić in July 1995 in Srebrenica. Numerous women were raped, elderly people were abused.

Exhibits at Gallery 11/07/95 include the names of all victims of the massacre and personal belongings from mass graves, video and audio recordings, photographs, and maps. It’s one of the essential museums in Sarajevo for anyone who wants to fully understand the Bosnian War’s horrors.

Part of the Museum of Sarajevo, the Despić House is a former house built in 1881 by the wealthy Despić merchant family. It offers a superb insight into the life of a prosperous family in 19th-century Bosnia. Everything inside looks exactly like it did back in the day. There are influences from both the West and the East, signifying Sarajevo’s crossroads location. You can see Oriental rugs, but also Western furniture, beautiful pottery, and ornate decorations.

The last male member of the Despić family and previous owner donated it to the Museum of Sarajevo in 1969. He also donated another family residence, which now houses the Sarajevo Museum of Literature and Performing Arts.

The Jewish Museum Of Bosnia And Herzegovina

Bosnia and Herzegovina’s history as a religiously tolerant region goes back all the way to the time when the Ottoman Empire ruled the country. While Spain and Portugal exiled Jews between 1492 and 1497 during the Spanish Inquisition, the Ottomans offered them refuge. The Jewish Museum of Bosnia and Herzegovina covers the history of Judaism in the country, from Ottoman rule to the Holocaust.

It’s in the Sephardic Synagogue, dating from 1581 and the oldest synagogue in Bosnia and Herzegovina. Although it’s not a particularly large museum, its collection of clothes, maps, paintings, ritual objects, documents, and photographs beautifully showcases Jewish history in Bosnia and Herzegovina. It’s one of those unique Sarajevo museums that’s absolutely worth checking out. 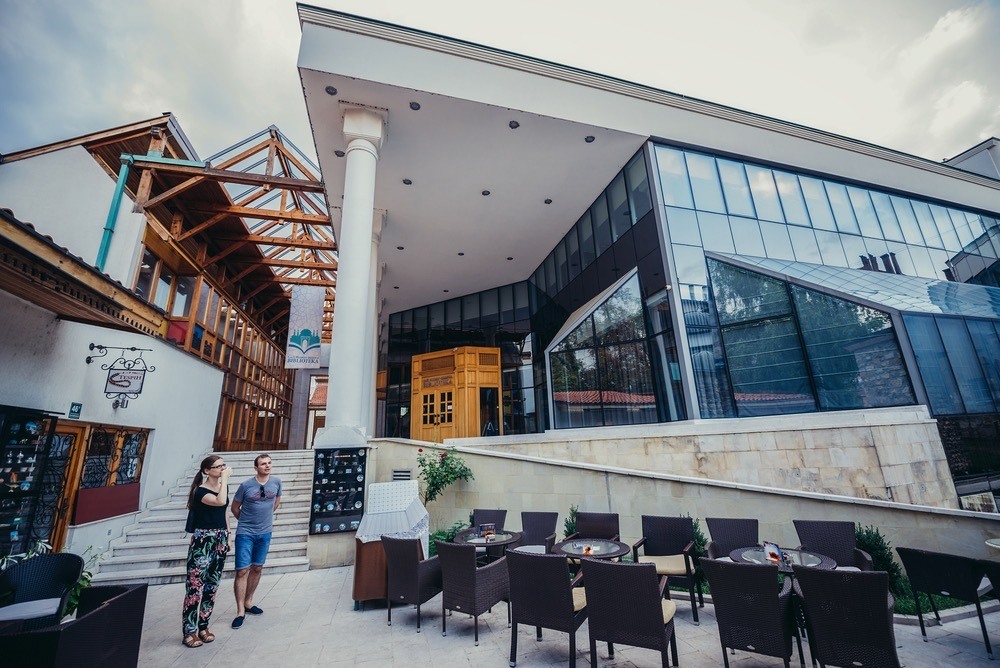 Part of the large Gazi Husrev-beg Medresa, the Gazi Husrev-beg Library Museum is an impressive public library in Sarajevo. Founded as early as 1537, it houses one of Bosnia and Herzegovina’s most significant collections of Islamic manuscripts. Many of them were donated by Gazi Husrev-beg, a Bosnian-Ottoman governor of the Sanjak of Bosnia in the first half of the 16th century.

It’s a fascinating place to walk around, especially if you’re interested in the history of Muslims in Bosnia and the Ottoman Empire. The library holds many different objects, from countless books and manuscripts to newspapers, documents, photographs, and other artifacts. There are, for example, about 20,000 texts in various fields, including philosophy, Islamic sciences, medicine, astronomy, Eastern languages, and mathematics.

Constructed back in the days of Ottoman rule in Bosnia, Svrzo’s House is another part of the Museum of Sarajevo. This fascinating house shows what a typical 18th-century Bosnian home would have looked like. It is exceptionally well-preserved; it is a beautiful example of Eastern architecture in Sarajevo, offering insight into how well-off Muslim families lived in Bosnia.

Additionally, this old house’s remarkable characteristic is that it’s made entirely from wood, which is unusual in this region nowadays. The house is open for self-guided tours and is one of the top attractions and best museums in Sarajevo.

More Sarajevo Museums To Check Out

After all of your museum hopping, fill up at our favorite cafes and restaurants in Sarajevo.