How To Get To Klis Fortress, A Game Of Thrones Filming Site

Home > How To Get To Klis Fortress, A Game Of Thrones Filming Site

How To Get To Klis Fortress, A Game Of Thrones Filming Site

Just outside of Split lies Klis Fortress, perched atop a cliff near a village with the same name. It is one of many fortresses and strongholds that dot the rugged mountains along the Dalmatian coast. Other famous examples are the four fortresses of Šibenik, the walls of Ston, and especially the fortified Old Town of Dubrovnik.

If you’re visiting Split and would like to visit one of the oldest surviving fortresses in Croatia, Klis Fortress, known as Tvrđava Klis in Croatian, is a mandatory destination. 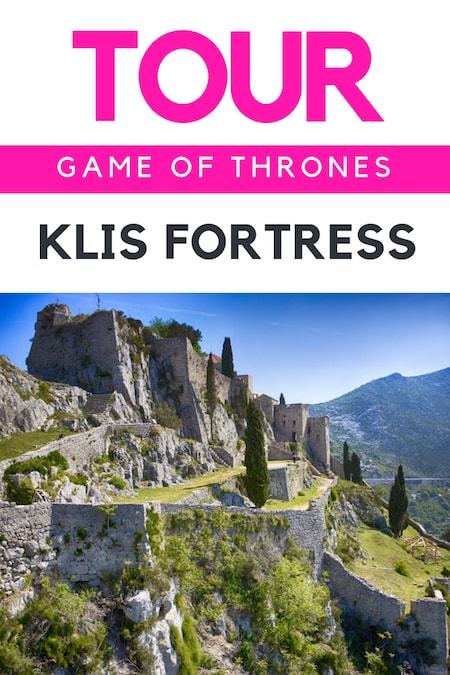 History Of The Klis Fortress, Croatia

The roots of Klis Fortress go back as far as the 2nd century BC, when the site was a stronghold of an Illyrian tribe known as the Dalmatae. It was conquered by the Romans in 9 AD. They first called it either “Anderium” or “Andetrium,” and later “Clausura,” a name that evolved into “Clissa” and, now, “Klis.”

After the collapse of the Roman Empire, from the early-6th century, the fortress became an important stronghold of the Croats. It rose in importance, eventually becoming the seat of the first Dukes of the Croatian Duchy and later the capital of the Croatian Kingdom. When the Croatian royal family of Trpimirovic declined, the castle became occupied by Croatian nobility and, briefly, by the Knights Templar.

Entering a period of severe turbulence, Klis Fortress was besieged by the Mongols and Ottomans. It fell under the rule of the Venetians in the mid-1600s, who renovated and expanded the fortress. It remained part of Venice until Napoleon undid the republic in 1797.

With such a fascinatingly long and diverse history, Klis Fortress is one of the greatest examples of defensive architecture in Croatia. Set atop a rocky outcrop and boasting three defensive stone walls, this mighty Croatia fortress must have been an imposing sight to attacking armies.

Because of its strategic significance, controlling the valley that leads toward Split on the coast, and sheer defensive power, the lands below became a popular place to live. A village originated around the fortress during Venetian times. And it’s still there today, known as the town of Klis.

A Major “Game Of Thrones” Destination 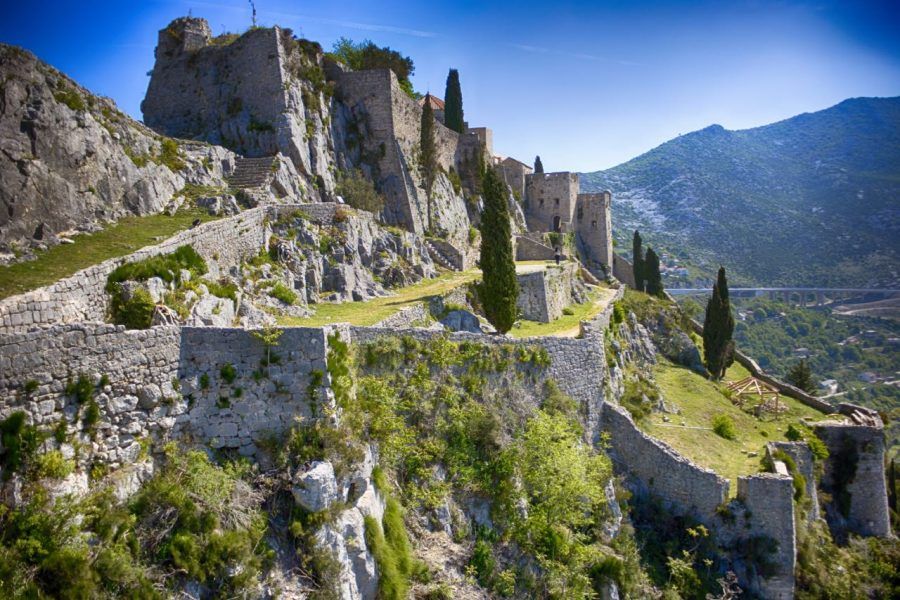 As interesting as all that history may be to hardcore history buffs, most present-day visitors head to Klis Fortress for an entirely different reason. Just like many other destinations in Croatia, Klis Fortress is featured prominently in the massively popular TV show “Game of Thrones.” Diehard fans will recognize this Games of Thrones fortress near Split as Meereen.

Despite all this, Klis Fortress, or Meereen for the fans, remains a rather off-the-beaten-path destination. Inside the fortress, you can explore its ramparts and rooms and visit the small museum exhibiting armor, weaponry, uniforms, and costumes.

A visit to Klis Fortress makes for a beautiful day trip from Split or even Zadar (see below for how to get from Zadar and Split to Klis Fortress). You could easily spend two to three hours exploring this historically crucial military stronghold.

The current Klis Fortress opening hours are from 9 am to 7 pm every day of the year. Fortress entrance tickets cost 60 kn for adults and 30 kn for children.

Directions On How To Get To Klis Fortress

How to Get To Klis Fortress From Split

Klis Fortress lies only about 12 kilometers north of Split and is easily reached by car and public transportation. If you have a rental car, it’s a quick jaunt from Split to Klis Fortress.

Without a car at your disposal, you can rely on Split-Klis bus 22, which leaves the Split city center and takes you straight to Klis. Check this website for the current bus timetable from Split to Klis.

How To Get to Klis Fortress From Zadar

From Zadar, you also have two options to get to Klis. The first one is the same—a drive via the E65 highway, which takes just over an hour and a half.

Your second option is joining a group tour from Zadar to the Split Fortress Klis. Although you won’t have as much freedom on a group tour, it’s still a great option if you’re just headed there as a day trip from Zadar anyway.