The Soča River Valley in the northwest of Slovenia,  is home to one of the most beautiful rivers, not just in Slovenia, but in Europe.

A land of aquamarine river rapids and dense emerald forests and untouched nature combined with important cultural heritage make the Soča River Valley one of the must-see Slovenian regions. Due to its distinctive turquoise color, the Soča river is also called the emerald beauty and is a popular destination for sports enthusiasts. You’ll soon see why.

Soča River Valley was once the site of WWI’s bloodiest battlefields, where 1.7 million soldiers died on what was known as Isonzo Front. When you see the raw beauty of the valley, it’s hard to imagine that Slovenia’s Soča Valley was the backdrop for war.

Take a look at this handy list of attractions in the 9 Soča River Valley.

Approximately 200 meters long and more than 60 meters deep, the gorge was carved by the Tolminka and Zadlaščica rivers and lies in the Triglav National Park.

One of the gorge’s most prominent sights is the Devil’s Bridge, built in the early 20th century. Despite the fact that the rivers rarely reach more than 9 degrees Celsius, the gorge’s thermal spring has an impressive 20 degrees.

The path through the gorge leads to Dante’s Cave, named after no other than the Italian poet Dante Alighieri. Dante supposedly visited the cave in the 14th century, which inspired him to write the Divine Comedy. This Soča River Valley gorge is also home to the Soča trout, a very rare species of fish.

This small town is mostly known for the Soča front, one of the First World War’s most brutal frontlines, which sadly resulted in more than 300 thousand soldiers lost lives. The events are well documented in the Kobarid Museum in the center of town.

Kobarid is also described in Ernest Hemingway’s novel Farewell to Arms, based on Hemingway’s own experiences working as a volunteer for the Italian campaign.

Overlooking Kobarid is an Italian ossuary with the Church of St. Anthony, which serves as a memorial for over 7000 Italian soldiers.

Passing the Planika dairy you will reach the Napoleon Bridge, a popular attraction where you can snap a photo or two of the breathtaking Soča River. Just a half-hour walk away lies the Kozjak waterfall, one of the most picturesque waterfalls in Slovenia.

Bovec serves as a center of the Upper Soča Valley and attracts mostly sports enthusiasts, who can engage in all sorts of activities, including kayaking, rafting, canyoning and most recently ziplining.

Kanin ski resort is the most popular winter destination in the valley. Sports airfield allows you to do skydiving as well. Surrounded by mountains Bovec undoubtedly is one of the most beautiful locations to carry out parachute jumps.

The glacial lake lies under Mount Krn (2244 m). The lake measures almost 400 meters in length, 150 meters in width and is almost 17 meters deep.

Bathing in the lake is prohibited in order to maintain the lake’s ecosystem. There are about 40 plant and 24 animal species living in the lake. It will take you about two and a half hours to reach the lake and enjoy the stunning view of Mount Krn and the surrounding peaks. 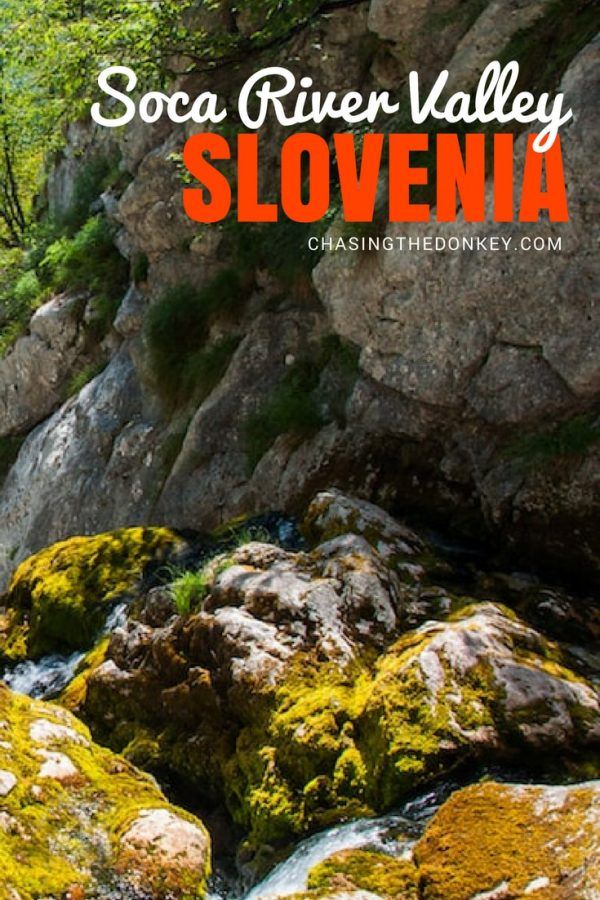 The highest-lying asphalt road in Slovenia is located at 2072 meters, right on the Slovenian-Italian border.

Driving up the winding road is quite an experience; there are five tunnels and 17 sharp turns along the 12-kilometer journey.

The road was built in 1938 by Italian soldiers. The saddle represents a good starting point to ascend Mount Mangart. The saddle provides a fine view of the Mangart Lakes, as well as rich flora and fauna, mostly marmots, sheep and choughs. The Mangart Bike Race is a traditional event that takes place every August.

One of the most magnificent waterfalls in Europe is 106 meters high and is situated not far from Bovec.

While it is not the highest waterfall in the country, it certainly stands out with its width and flow.

In the rainy season, the Boka’s flow can reach up to 100 cubic meters per second. Boka can be seen in all its glory from the road between Bovec and Kobarid, but you can also walk up to its source.

If you’re looking to have some fun, you’ve come to the right place. Not only is Tolmin the largest settlement in the region, it also hosts a number of summer festivals.

One of the most well-known is Metal Days, a week-long festival that attracts thousands of metal fans from all over the world. Other festivals worth mentioning include Punk Rock Holiday and Overjam Reggae festival.

The Source of the Soča River

One of the most beautiful springs in the Alps is located in the Trenta Valley.

A crystal clear river springs from an underground lake at the end of a narrow gorge in the Zadnja Trenta Valley. Soon after Soča creates a 10-meter waterfall and endless minor waterfalls.

The path to the waterfall is relatively easy, but if you want to reach the source, you’ll need to wear good hiking shoes due to a steep slope.

Local Tip: Make sure to visit a nearby Botanical Garden Juliana with over 600 plant species that can only be found in Slovenia.

Nadiža River and the Napoleon Bridge

The Napoleon Bridge, which should not be confused with the bridge in Kobarid, is an important architectural landmark built during Napoleon’s conquests, hence the name.

The stone bridge crosses the Nadiža River, a turquoise river that is one of the cleanest and warmest alpine rivers. It is said that it has healing properties as well.

Since the Soča River has a constant temperature of about 10 degrees Celsius, the Nadiža River is a more popular destination to keep cool in the hot summer.