Slovenian Food: What To Eat In Slovenia

Home > Slovenian Food: What To Eat In Slovenia

Slovenian Cuisine: What To Eat In Slovenia

One of the best things about visiting a country is trying the local cuisine. To me, it is imperative to try all the traditional foods so I get the most authentic experience I can; plus, I just love food! Slovenian food is challenging to put into a box because it is influenced so much by its neighbors. You’ll find Austrian, Croatian, Italian, and Hungarian influences, as well as some flavors from as far afield as Turkey. This makes for some interesting food.

Check out these foods you simply have to try when you head to Slovenia. 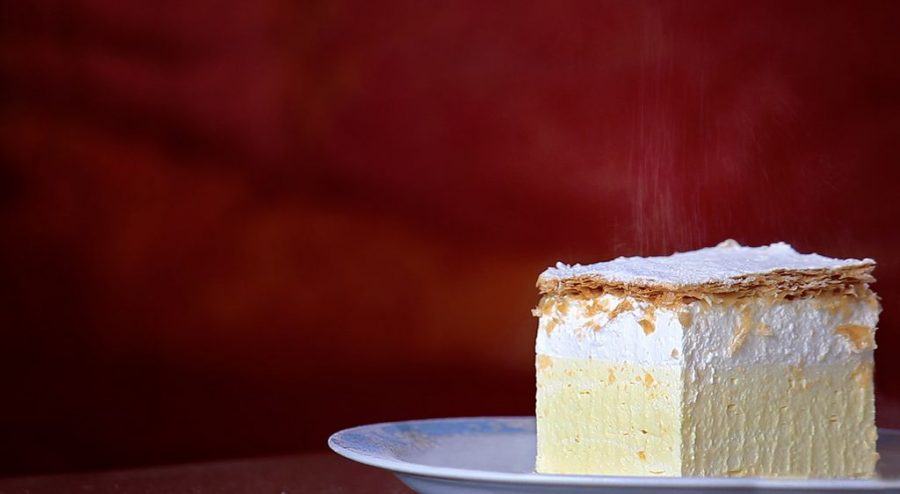 Do you have a sweet tooth? This delicious dessert is a must-try, hailing from the Gorenjska region, and indeed very widely available in the tourist area of Bled. This is a cream slice made of dough and packed with a layer of vanilla/custard and a thick layer of cream. Just delicious!

This is another one to try for sweet lovers! This is a dough-like pastry stuffed on the inside with various fillings, but most commonly poppy seeds, cottage cheese, apple, or walnut. This is another traditional Slovenian pudding and goes great with a cup of coffee.

Desserts can often be changed regarding filling according to taste, and while this is a pudding, it can be made savory depending on what you put in it. The most common filling is tarragon, honey, poppy seeds, walnuts, cottage cheese, and chives. As you can see, it is similar to prekmurska gibanica, but it is baked into a loaf and cut into slices, with the filling forming a swirl pattern.

Literally translated as “White Carniola,” Bela Krajina is a southeast Slovenian region famous for its traditional white clothing. Less touristy than other regions in Slovenia, you can find family-owned wineries, amazing local Slovenian food, and rich cultural heritage. One of this small region’s culinary specialties is Belogranjska pogaca, a flatbread made with only four ingredients. It goes amazingly well with a glass of local wine and cheese or a traditional Slovenian meat stew.

This type of bread looks seriously impressive and is given at times of celebration, such as weddings, the birth of a child, or christenings, but is also available in bakeries. It is a loaf with an intricate plaits design on the top, and when warm, it is delicious.

This sausage simplicity at its best. It’s made from pork, bacon, garlic, salt, pepper and is smoked. Quality pork is used, and these simple ingredients, along with the all-important smoke, make for a tasty sausage.

This simple but effective dish dates back to the 19th century and is easily found in most Slovenian destinations. It is literally what it says on the tin, boiled potatoes (with skins left on), and a side of cottage cheese, although sometimes the potatoes lie on the cheese.

This versatile hand-made square-shaped pasta is used both as in typical pasta dishes like prosciutto in butter and meat and vegetable stews. This is Slovenia’s most popular type of pasta and historically was reserved for celebrations.

Hungarian in origin but adapted by the Slovenians, bograc is a famous dish, which can be loosely compared to a stew. The ingredients can differ, but the most traditional type contains potatoes, pork fat, peppers, spices, a little wine, and four different varieties of meat, which are generally wild boar, beef, pork, and venison. The stew is then slow-cooked on an open fire allowing the flavors to blend and the meat to be so tender it falls apart. This is traditionally eaten during the winter months as a hearty, warming dish.

This is a dish you will see across all of Slovenia. You will see many varieties of štruklji as they can be made from different types of dough and have numerous fillings, both sweet and savory. You’ll find cottage cheese, meat, poppyseed, apple, and even tarragon. The dough is also either steamed, boiled, or fried. They are typically hearty and will keep you going all day long. 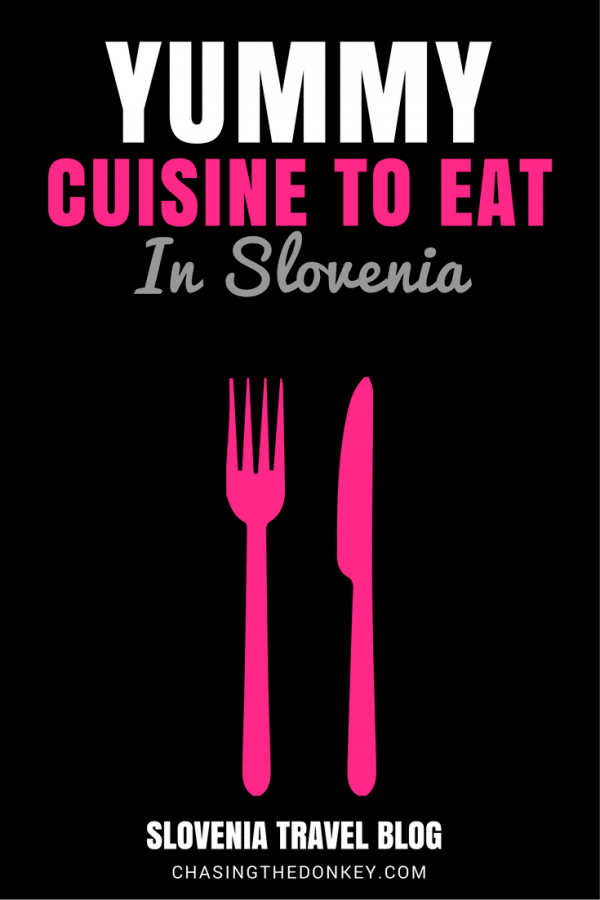 The Pohorje omelet, Pohorska omleta in Slovenian, is one of the classic desserts in Slovenia’s Pohorje region. It is said to have been invented in a mountain hut in the mid-1900s. This delicious omelet is made with eggs, salt, sugar, flour, and rum, which are all mixed and baked in an oven. After baking, the omelet is filled with cranberry jam, sprinkled with mint liqueur, and topped with a dollop of whipped cream. Absolutely amazing!

Not to be mistaken for the South Korean singer of the same name, this is a traditional Slovenian soup and is certainly hearty! Generally made with sauerkraut, kidney beans, potatoes, pepper, garlic, and dripping, this soup of thick consistency is typically eaten during the cold winter months.

Soups, in general, are essential in Slovenian cuisine, and you’ll find quite a variety of different types of soups and broths, such as kisla juha, which is a pork broth with vegetables and a hint of vinegar, cabbage soup (tschi), and riblji brodet, which is a fish broth.

Many people would say that ajdovi žganci is the national dish of Slovenia. Originally a hearty breakfast providing local farmers with enough energy to spend half a day working their land, it is now a popular dish any time of the day. Each region in Slovenia has its own variety, but the basics are the same.

At its core, ajdovi žganci is nothing more than a mix of buckwheat and water, which used to be a bread replacement. Nowadays, this type of buckwheat porridge is often served with sauerkraut, bacon, and/or grilled sausages. It is the ultimate Slovenian comfort food for chilly days in the Slovenian Alps.

Slovenian cuisine has over 170 recognized local dishes, so be bold and try as many as possible when exploring this beautiful country.