The single best way to see any destination is on foot. At least, that’s what I have found. You can stop as you please, it’s easy to push a stroller with a sleepy baby inside, and there is always time for a quick coffee.

If you stick to cars, motorbikes, and trains, you’re getting around quickly, but you miss the micro-details that can only be discovered by foot!

What about those small hidden gems? What about those winding, cobbled streets? Walking is the best way to truly experience a city, and it also means you get to soak up the atmosphere, the culture, hear the language, the sounds, smells, and be at one with your environment.

Sarajevo is one of those cities you need to experience in its entirety to really get a feel of what it’s about and what it means. Bosnia and Herzegovina’s capital city is a blend of old and new, with the Miljacka River idly meandering its way through the center.

Of course, walking around when you don’t really know where you’re going isn’t that fruitful, because how would you know if you’re missing the excellent stuff, wandering around just the ‘okay’ stuff? The answer? Choose one of the guided Sarajevo walking tours with a local. I mean, who knows a city better than a local?

Luckily, there are a few Sarajevo walking tours you can choose from, with several companies offering them at competitive prices. So, get yourself set up with a stylish Sarajevo hotel and maybe pick yourself up a pair of fab travel shoes, then get ready to explore the city on foot. These two of your main walking tour options will give you an idea of what you can expect. 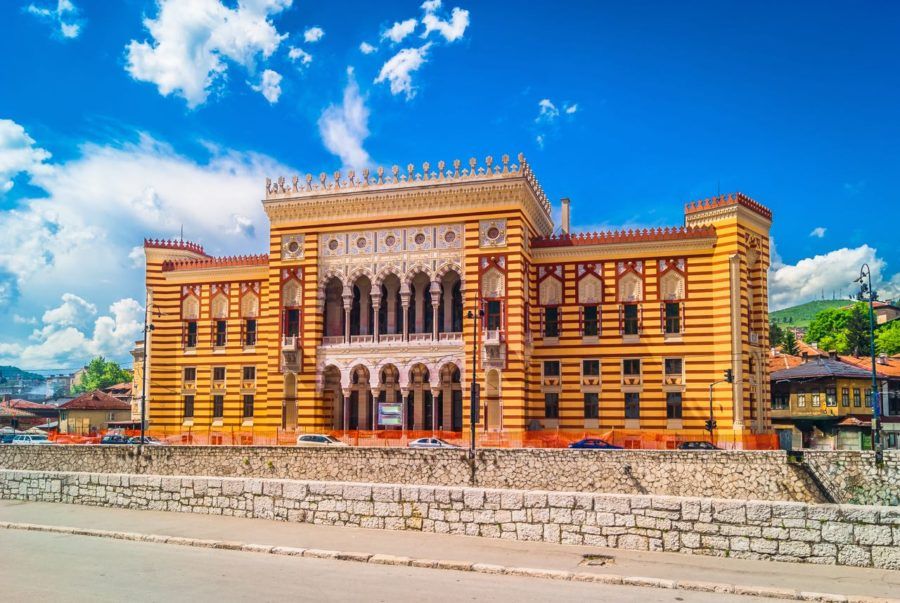 With the help of a knowledgeable guide, in English, you get a three-hour-long tour around the city of Sarajevo. The tour will take you around the 15 of the most important sights, including passing by stunning architecture that goes back to the 15th century.

You will stop for lunch in an authentic restaurant, where you’ll get to try locally produced dairy products and meats that have been smoked authentically. You’ll also get to ask your guide any questions you might have, as well as learning all about the war.

The tour starts at 2 p.m., so there is no need to get up early. On this tour, you’ll wander around the city, with the ringing of the church bells and the Muslim call to prayer. The tour will show you the melting pot of cultures and religions that really characterize what Sarajevo is about. During the tour, you will also see local crafts, small boutiques, and stores, where you’re free to buy a few souvenirs.

Everything is included in the price except for entry costs to attractions and any souvenirs you choose to buy. So, be sure to carry a little cash with you. 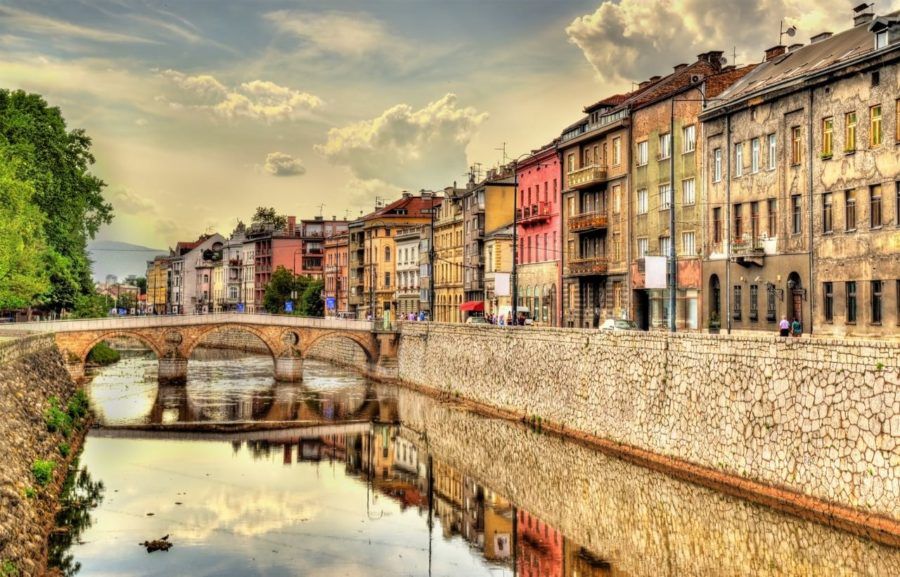 The second option is a complete package and includes entry into several museums and a ride on the famous Sarajevo Cable Car (more on that shortly).

This particular tour is three hours long and can be done in either English or German. As with our first option, the tour will take you around the various important sights in the city, while your guide will give you valuable information on the history and importance of what you’re seeing.

This really helps to enhance your experience, rather than just wandering past it and not really knowing what anything is really about. A few areas of importance on your visit list include the Gazi Husrev-Beg Mosque and the historic cable car. You’ll get to experience the historic Ottoman market, visit the place that caused the start of World War 1, check out the Clock Tower, and head to the Trebevic Mountain.

The tour duration doesn’t include the cable car ride, which takes around 7 minutes up, and 7 minutes back down again.

The Sarajevo Cable Car isn’t just any old cable car that goes up to the top of a mountain. Instead, it is a sign of history, a symbol of endurance.

The original cable car, formerly called the ‘Funicular,’ opened in 1959 and was one of the most popular tourist attractions in the entire country. The vehicle traveled to the summit of Trebevic Mountain, one of the iconic sights in Sarajevo. The view from the top spans the whole city and is panoramic with a capital P!

Of course, the 1990’s war caused much devastation to the entire city, and the cable car was destroyed. After the war, the mountain area was perilous, with mines at regular intervals. The cable car wasn’t much of a priority, restoring infrastructure and other important buildings coming first. After a time, however, the clearing up of the mountain area began, with mines being removed. After this time, attention turned back to the famous cable car, and restoration work kicked off.

Finally, after 26 years of waiting, the cable car reopened at the start of 2018. Now, it consists of 33 gondolas, each holding up to 10 passengers, and traveling to the top of the mountain and back down again in around 7 minutes each way. Every single hour, the cable car can transport around 1,200 visitors.

The cable car’s current prices are 15KM each way per adult, with children under seven years traveling for free.

So, are you ready to explore Sarajevo on foot?

Don’t miss our guide to seeing Sarajevo on the weekend!