Things To Do In Bucharest For Every Type Of Traveler

Home > Things To Do In Bucharest For Every Type Of Traveler

Things To Do In Bucharest For Every Type Of Traveler

The largest city in Romania and the country’s center of culture, finance, art, and industry, Bucharest is the beating heart of Romania. Many imposing buildings and monuments dot the city center, while green spaces offer urbanites and visitors alike the chance to find some peace away from the city bustle. Once known as “little Paris” for its sophistication and stylish architecture, Bucharest is still a major city in Eastern Europe—arguably the most underrated one in that part of the continent, in fact.

It’s also among the least known capital cities in the Balkans and Europe in general, much less famous than nearby Budapest. Needless to say, a large city like this—the 6th largest in the EU—must be chock-full of attractions and landmarks. And indeed, there are numerous places to visit in Bucharest and things to do in Bucharest, the best of which are listed below.

10 Best Things To Do In Bucharest

Nearly all major things to do in Bucharest are found well within the city center. Although this is a large city, getting around is a piece of cake. The Bucharest public transportation network is one of Europe’s largest cities, consisting of buses, light rail, trolleys, and trams. You’ll be able to travel between all Bucharest’s top attractions without any fuss.

Just because everything is so accessible, even if you want to visit all the best places in Bucharest, you can do so in the timespan of just a day or two. This makes the city a fantastic destination for a weekend break. Alternatively, if you have more time at your disposal, there are several fascinating day trips from Bucharest you can take, too.

Palace Of The Parliament

One of the most imposing buildings in Bucharest, the majestic Palace of the Parliament, is—as its name implies—the seat of the Romanian Parliament. This massive structure is located in central Bucharest. Besides the Senate, Chamber, and a convention center, it houses the National Museum of Contemporary Art, the Museum of the Palace, and the Museum of Communist Totalitarianism.

It’s the world’s second-largest administrative building (after the Pentagon in the USA) and, made of stone and concrete, also the heaviest building on earth. If you’re looking for the best things to see in Bucharest, the Palace of the Parliament should top your list.

World-famous as the setting of the Romanian Revolution of December 1989, which resulted in the fleeing of Nicolae Ceaucescu, Revolution Square is home to a few visit-worthy buildings. As a whole, it’s without question one of the most incredible places to visit in Bucharest. Actually, this is unquestionably one of the most famous things in Romania in general!

Arguably the most striking structure on the square is the former Royal Palace, which now houses the highly recommended National Art Museum. In this incredible museum, you can see various works of art, from medieval and modern Romanian art to art from Western Europe, East Asia, and the Islamic world.

Another landmark on Revolution Square is the Romanian Athenaeum. Completed in 1888 and designed by French architect Albert Galleron, the building was almost entirely financed by public donations. This magnificent concert hall boasts a ring of pink marble columns, gorgeous curved balconies, arches with brass lanterns, and frescoed ceilings. This is the premier concert hall in Romania, the home of the renowned George Enescu Philharmonic Orchestra.

Less spectacular than the two buildings mentioned above, the Kretzulescu Church still makes for a nice place to visit. A small orthodox church made with red bricks; this is a charming building featuring beautiful interior frescoes. 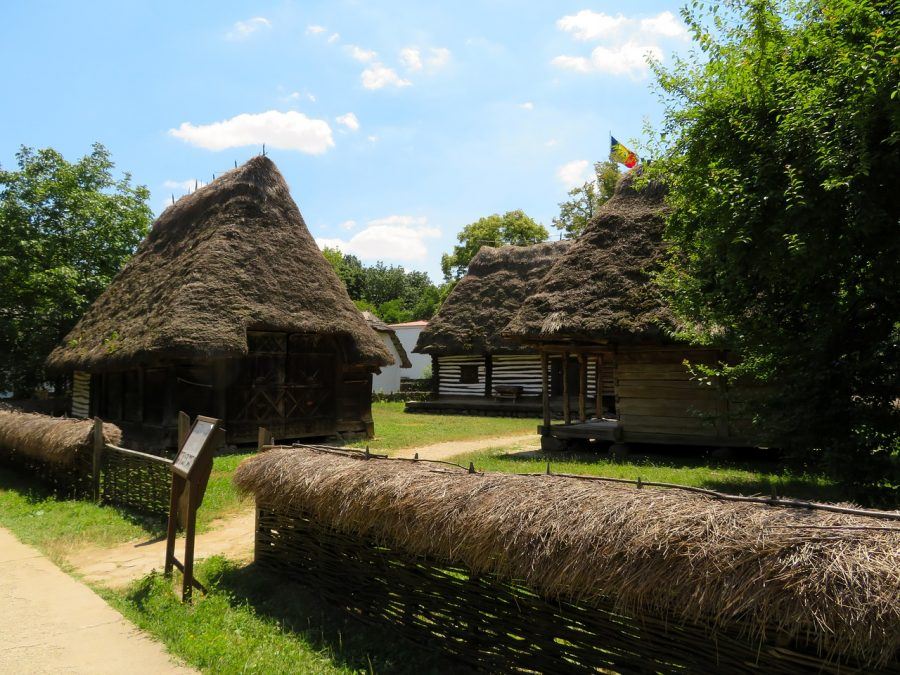 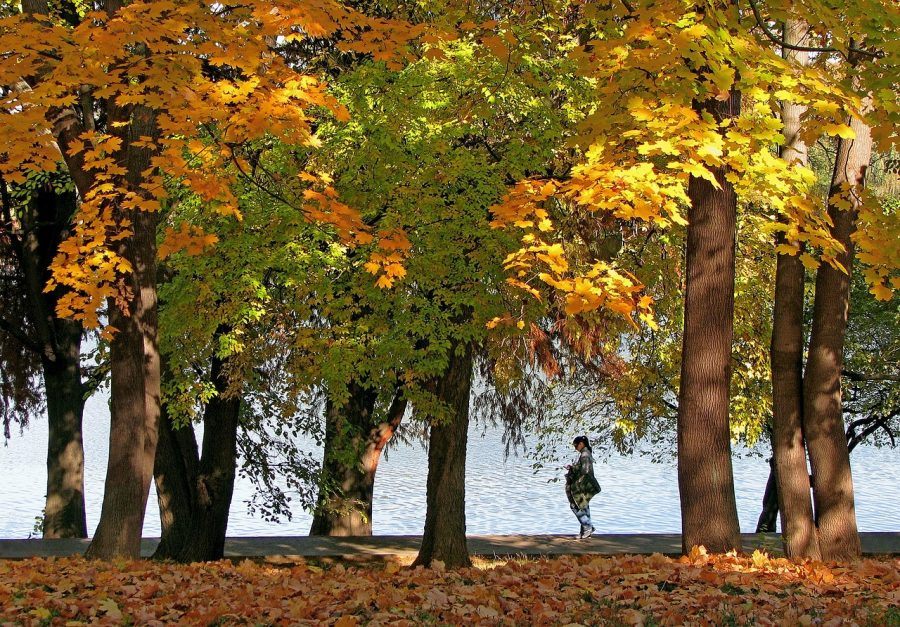 If you’d like to escape the bustling inner city, head to Cismigiu Gardens, a vast green oasis opened to the public in 1860. It is the oldest public park in Bucharest.

There’s a lot to do there, from renting a rowboat on the lake and play amateur chess to people-watching from a well-positioned bench and stroll the botanic garden. Beer lovers will undoubtedly relish the opportunity to visit the historic Gambrinus Brewery.

Besides housing the National Village Museum, Herastrau Park is a fun attraction in its own right as well. Surrounding Lake Herastrau, this 400-acre park has boat rentals, an old fairground, tennis courts, walking trails, ferry rides, gardens, and cafes and restaurants. Also, make sure to explore the area around the park, boasting a variety of beautiful houses, from 19th-century Neoclassical homes to Art Nouveau buildings and modern villas.

One of Bucharest’s busiest meeting spots is University Square, an area that buzzes with activity from dusk to well into the night. This square is where you’ll find some more iconic Bucharest attractions.

A busy traffic intersection, all four corners have their own architectural and cultural landmark. First of all, there’s the appropriate School of Architecture at the University of Bucharest. Then, there’s the Bucharest National Theater.

Other landmarks are Neoclassical Coltea Hospital and church and the astounding Sutu Palace, which houses the Bucharest History Museum.

In terms of things to do in Bucharest, University Square is one of the main areas in the city.

The Arch Of Triumph 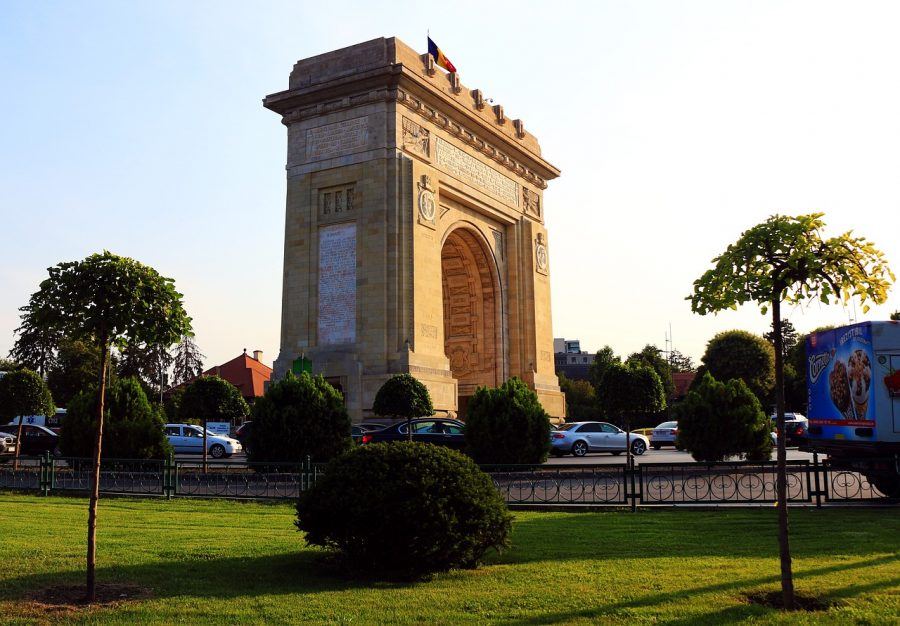 The first “Arcul de Triumf” was built in 1878 and made of wood, honoring the soldiers who fought and won the Romanian War of Independence. Later on, it was renovated and decorated again, this time in honor of WWI troops. You can climb the interior staircase to the top for fantastic views over the city.

Dating from the late-17th century, the Victory Way was meant to Mogosoaia Palace and Old Princely Court. Originally built with oak beams, the street’s name was changed to Calea Victoriei in 1878 after Romania gained independence.

This is one of the oldest and most atmospheric streets in Bucharest. When it comes to things to do in Bucharest, a stroll along this historic street is indeed a must.

In the heart of the historic city center lie the remains of the Old Princely Court. Constructed in the 1400s by orders of Vlad Tepes (infamously known as Vlad Dracula), this building is said to have housed dungeons where Vlad kept his prisoners.

Now, the remains consist of tombstones, a couple of walls, and a Corinthian column. Visit the Old Court Museum to learn more about this fascinating building.

Also, don’t skip the adjacent Old Court Church, which dates from 1559. It is widely regarded as the oldest church in the city. Walk inside and see some of the remaining 16th-century frescoes.

The most charming district in the entire city of Bucharest is the Old Town. Flanked by the Calea Victoriei, the area is known as the Lipscani Area. This maze of historic streets originated in the 15th century when craftspeople and merchants from all over the region set up shop. Many different nationalities have lived there throughout the centuries, a combination of cultures that resulted in various architectural styles.

Visit the art galleries, nightclubs, restaurants, antique stores, and cafes. It’s a vivacious area, still bustling with outgoing shopkeepers who try to entice passers-by to visit their stores. It’s the perfect place to try some of Romania’s classic dishes.

Check out some of our favorite luxury accommodations in Romania, including many in Bucharest!

For Bucharest accommodations that fit any budget, check out this post!

These are the top 10 things to see in Bucharest. All these places characterize the city, its culture, and its history. Make them the cornerstones of your itinerary. Especially if you’re visiting Bucharest as a weekend trip, this is where to go in Bucharest.

If you have more time in Romania, consider a road trip from Bucharest to Transfagarasan, one of the many Romanian Castles, or Transylvania.