Home > Best Things To Do In Cluj-Napoca, Romania

Initially written by Sean Lau of LivingOutLau and updated by the Chasing the Donkey team.

Cluj-Napoca is the unofficial capital of Transylvania, a region known for its spooky Dracula legends, beautiful landscapes, and rich heritage. As the second-biggest city in Romania, visiting Cluj-Napoca is an essential part of any Romania itinerary.

Once the heart of the Transylvania region, Cluj-Napoca has now transformed itself into a charming city with vibrant nightlife (partly thanks to the several universities in town). However, dotting the idyllic streets are still many historical landmarks that tell the tales of its long and rich history.

That is why we have written this post to showcase some of the best things to do in Cluj-Napoca so that you can discover the best of Cluj on your visit!

We’ve made a list of the top attractions in Cluj-Napoca, Romania, for you!

Explore Hoia-Baciu, One Of The Most Haunted Forests In The World

Hoia-Baciu is one of the biggest attractions in Cluj-Napoca, but it has nothing to do with Cluj’s history. Hoia-Baciu earned its fame by being one of the most haunted forests in the world. Paranormal activities are rumored to occur there regularly, and there are many documentaries featuring Hoia-Baciu.

There are many features of the Hoia-Baciu forest that make it so strange. First of all, none of the trees grow straight inside, but rather in a peculiar twisted shape. To this day, scientists don’t know why they grow in this shape and pattern.

Secondly, the Hoai-Baciu is a dense forest, except for one oval-shaped area known as “The Circle” or “The Clearing,” where no vegetation grows. Scientists have researched the soil here and found no discrepancy between the soil quality from The Circle from the rest of the forest.

There are rumors of people disappearing from Hoia-Baciu, so much so that the forest has been named “The Bermuda Triangle of Romania.” However, this doesn’t stop tourists from visiting this forest, and interested visitors can find daytime and nighttime tours to Hoia-Baciu from Cluj.

Also known as Biserica Sf. Mihail, this church is a stunning example of Transylvanian architecture while being rather beautiful at the same time. You’ll see pictures of this church on literature promoting Cluj-Napoca for tourism.

Be sure to check out the beautiful interior and the church tower, which soars for 80 meters.

Situated in the historical center of Cluj is Cluj’s biggest public park, the Cluj Central Park. Founded in 1827, Cluj Central Park has served as a prime recreational space for all the residents of Cluj since then. The lush park is perfect for a relaxing evening stroll, allowing guests to reconnect with nature without having to go far briefly, one of those simple yet super-enjoyable Cluj-Napoca activities.

The Central Park of Cluj is often filled with beautiful plants and flowers, but those are far from its greatest attraction. Situated inside the Central Park is a small pond where visitors can ride a hydro bike and paddle across. On the pond’s perimeter, guests will find cafes and restaurants where they can enjoy some delicious refreshments and admire the peaceful views.

The historic Casino is also situated in Central Park of Cluj. Once a place for gamblers, it is now a place for art exhibitions and ceremonial purposes. If you are looking for a relaxing afternoon in the city, Central Park is one of the best places to visit in Cluj.

Immerse Yourself In Art At The Cluj-Napoca Art Museum

Art and architecture fans should definitely head to this museum as it’s a wonderful blend of both. The building dates back to the 18th century and is designed in baroque style. It’s also very easy to reach, as it’s right in the center of the city.

Inside, you’ll find paintings and decorative art by famous artists, including Grigorescu, Luchian, and Paciurea, to name a few.

The most crucial feature of Cluj’s historic center is Unirii Square, the largest square in Cluj-Napoca. In the Unirii Square lies some of the most historical Cluj-Napoca attractions, such as the Roman Catholic St. Michael’s Church and the statue of Matthias Corvinus, King of Hungary, from 1458 to 1490.

At 50 meters wide (at the nave) and 80 meters high, St. Michael’s Church is the second biggest church in Transylvania (just after the Black Church in Brasov). The tower sits 80 meters high (including the 4-meter high cross) and is the highest in Transylvania. On the exterior, the masterful Gothic architecture looms over the Unirii Square, casting its beauty on anyone that passes by.

Exploring the inside of St. Michael’s Church is a must (and free). Visitors will find gorgeous stained glass and numerous artworks in the interior of this architectural masterpiece. When visiting, don’t miss the chance to go up to the church tower, where you will find a stunning bird’s-eye view of the city.

So, if you’re wondering what to see in Cluj-Napoca, we suggest starting at this landmark-dotted square.

Understand The Past At The National Museum Of Transylvanian History

Everyone is fascinated with the Transylvanian area, and this museum tells you about it in one easy-to-visit place. There are more than 400,000 artifacts to explore, dating back thousands of years. There are also temporary exhibits from time to time.

The National Museum of Transylvanian History is highly regarded as a European institution, so it’s a spot you should place on your visit list.

Learn Romanian Heritage At the Ethnographic Museum Of Transylvania 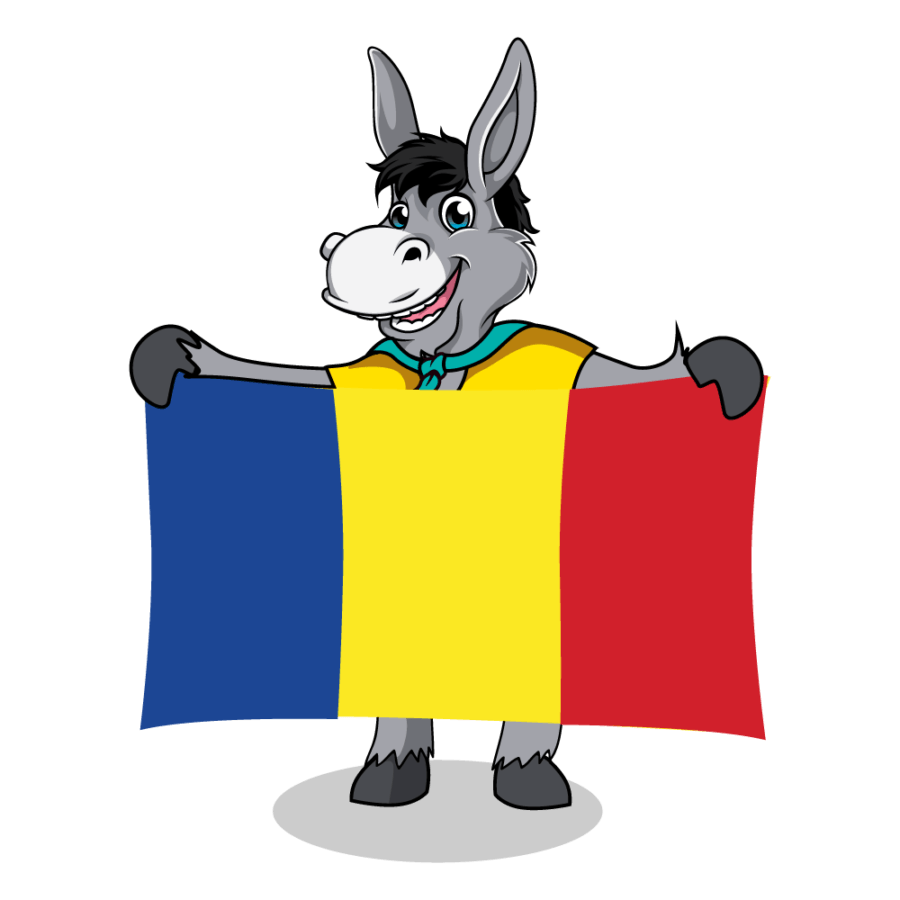 As the capital of the Transylvania region, Cluj-Napoca is the ideal place to learn about its heritage. There is no better place in the city to do so than the Ethnographic Museum of Transylvania.

The Ethnographic Museum of Transylvania consists of two exhibitions: the indoor museum located in the historical center of Cluj and the outdoor open-air museum located 10-minutes away from the center. Both are among the greatest Cluj tourist attractions and come highly recommended.

The indoor exhibition is located in Palais de la Redoute. Visitors will find a huge collection of items used throughout Romanian rural life’s history. The collection includes clothes, tools, photos, and a wide selection of scholarly journals and magazines.

The second part of the museum is located about a 10-minute drive (or 40-minute walk) from the Piata Unirii. Known as the Ethnographic Park Romulus Vuia, it is the first open-air museum in Romania. Most objects date back hundreds of years, with the oldest dating to 1678.

In the wide-open space, visitors will find many traditional Transylvania elements, such as old farms, mills, workshops, churches, and various buildings from different parts of Transylvania. Though visitors are not allowed to enter the buildings, just seeing them from the outside and getting close to them is like you have stepped into a time machine! One of those uniquely cool places in Romania.

Tailors’ Tower is part of the old fortress, and back in the 15th century, it was funded by the tailors’ guild to defend the city against invaders. Inside you’ll find a museum to learn more about the area and the tower itself, but it’s a pretty impressive spot and one of the oldest towers.

Check Out The Amazing Hilltop Views From Cetatuia Park

Located across the Someșul Mic River, away from the Old Town of Cluj, is another one of the city’s pristine parks: the Cetatuia Park. A popular destination on Cluj sightseeing excursions, the Cetatuia Park is perched over the hill and offers visitors panoramic views of the city and the surrounding landscape from above.

Lights from every crevice of Cluj illuminate to offer visitors a unique view of Cluj. Its wide-open spaces are particularly ideal for photographers, as they can photograph Cluj from many different angles. Though the views in the daytime are gorgeous, the night views are more sought after. It is no wonder why you will still find plenty of people in Cetatuia Park at night.

In the daytime, locals love to hang out in the Cetatuia Park for some fresh air, walk along the short hiking trails and enjoy some of the excellent restaurants inside the park.

Gather With The Locals At The Statue Of Matthias Corvinus

Matthias Corvinus was a Hungarian king between 1458 and 1490. He was also a Cluj native, having been born there in 1443. The statue was built to commemorate his reign, and you can also head to Hunedoara Castle if you want to learn more, as he was the second son of one of the kings there. Incidentally, the castle is one of the largest in the region.

The land around the statue itself is well worth a visit as it’s a calm and relaxing spot where many locals gather.

Salina Turda is one of the oldest salt mines in the world. First mentioned in 1075, the Turda Salt Mine remained operational until 1932. Nowadays, you won’t get any salt production here; you will find that this ancient salt mine has turned into a museum, a spa, and somewhat of an unusual amusement park.

Inside the Rudolf hall of the Salina Turda, you will find bowling alleys, ping pong tables, billiards, mini-golf courts, and more entertainment to keep everyone in the family entertained. However, that isn’t all. Its most iconic feature is the 20-meter-tall Ferris wheel that makes you question, “How did they get that thing in here?”

Descend from Rudolf Hall into the Theresa Mine, and you will find the 6-meter deep underground lake. Visitors can rent a boat and row it around for 20 lei, taking in the gorgeous views and health-enhancing salty air.

One of the most amazing things to see in Romania, the Salina Turda, is located about 45 minutes from Cluj-Napoca by car, making it an excellent day trip. If you haven’t rented your own vehicle, taking a taxi or an organized tour is recommended to get there. This is a fantastic excursion if you’re spending a weekend in Cluj.

Visit The Assumption Cathedral, AKA Dormition Of The Theotokos Cathedral

The Assumption Cathedral (also known as Dormition of The Theotokos Cathedral) is a beautiful Romanian Orthodox Cathedral located in the heart of Cluj-Napoca. Constructed between 1923 and 1933, the cathedral is built in a Romanian Brâncovenesc style, combining Renaissance and Byzantine architecture.

Visitors can admire the 64-meter-high structure at the Avram Iancu Square. They will also find the National Theater and a statue of Avram Iancu, a prominent figure in the Austrian Empire Revolutions.

When you are done admiring its eight towers and four bells from afar, make sure you visit inside. Though the exterior is the most stunning part of this structure, the interior is far from lackluster. It is also completely free to enter, so there is really no reason to miss out!

If you have extra time on your visit to Cluj, don’t hesitate to pay a visit to the Cluj-Napoca Botanical Garden. Spanning over 14 hectares in area, this Botanical Garden is home to over 10,000 different species of plants worldwide. Visitors can learn about the Romanian flora and vegetation from Transylvania and the Carpathian Mountains, one of the nicest things to do in Cluj if you have an extra day.

If you are traveling with kids in Cluj, consider visiting its Botanical Garden! The entrance fee is 5 lei per person (at the time of writing).

We hope this Cluj-Napoca guide filled with things to do around Cluj has given you the proper information to plan your visit to this hidden gem in Romania!