Before we talk about the unique UNESCO Global Geoparks in Croatia, I think it’s useful to clarify what a geopark actually is. Let’s get that dry bit of information out of the way before we continue with the juiciness of the delightful Croatian geoparks. If you don’t know about them now, you might just want to put them on your itinerary after you’re done with this post!

What Is A UNESCO Global Geopark?

UNESCO Global Geoparks protect single, unified geographical areas home to internationally important landscapes and sites. Their primary purpose is threefold: sustainability, economic development, protection, and education. To be considered as a geopark, an area must have several geologically significant locations. On top of that, they must be of interest to a broader community, too. This includes scientific value, educational importance, rare features, and aesthetics. Currently, there are two UNESCO Global Geoparks in Croatia. 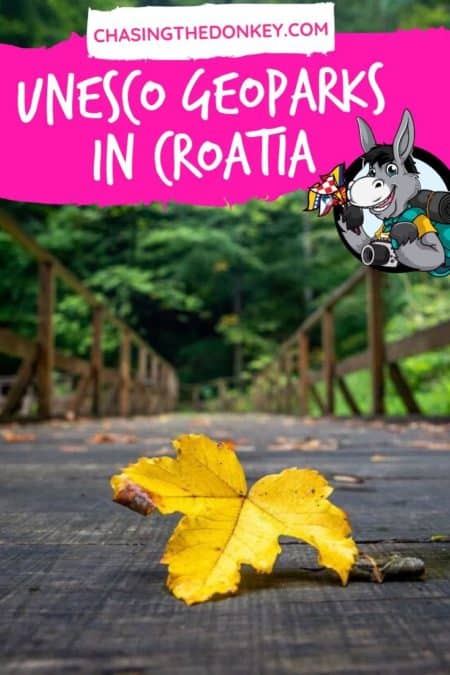 One, the Papuk Nature Park, lies in the heart of peaceful Slavonia in the northeastern part of the country. The other, the Vis Archipelago, is one of the most remote collections of islands off the Dalmatian coast.

Both are absolutely amazing destinations to visit in Croatia. Even though they’re less famous than Croatian national parks like Plitvice Lakes National Park or Krka National Park, or even Paklenica or the Kornati Islands, they’re equally as naturally valuable. So, anyone looking for an alternative nature destination in Croatia is encouraged to check out (one of) these Croatia geoparks. 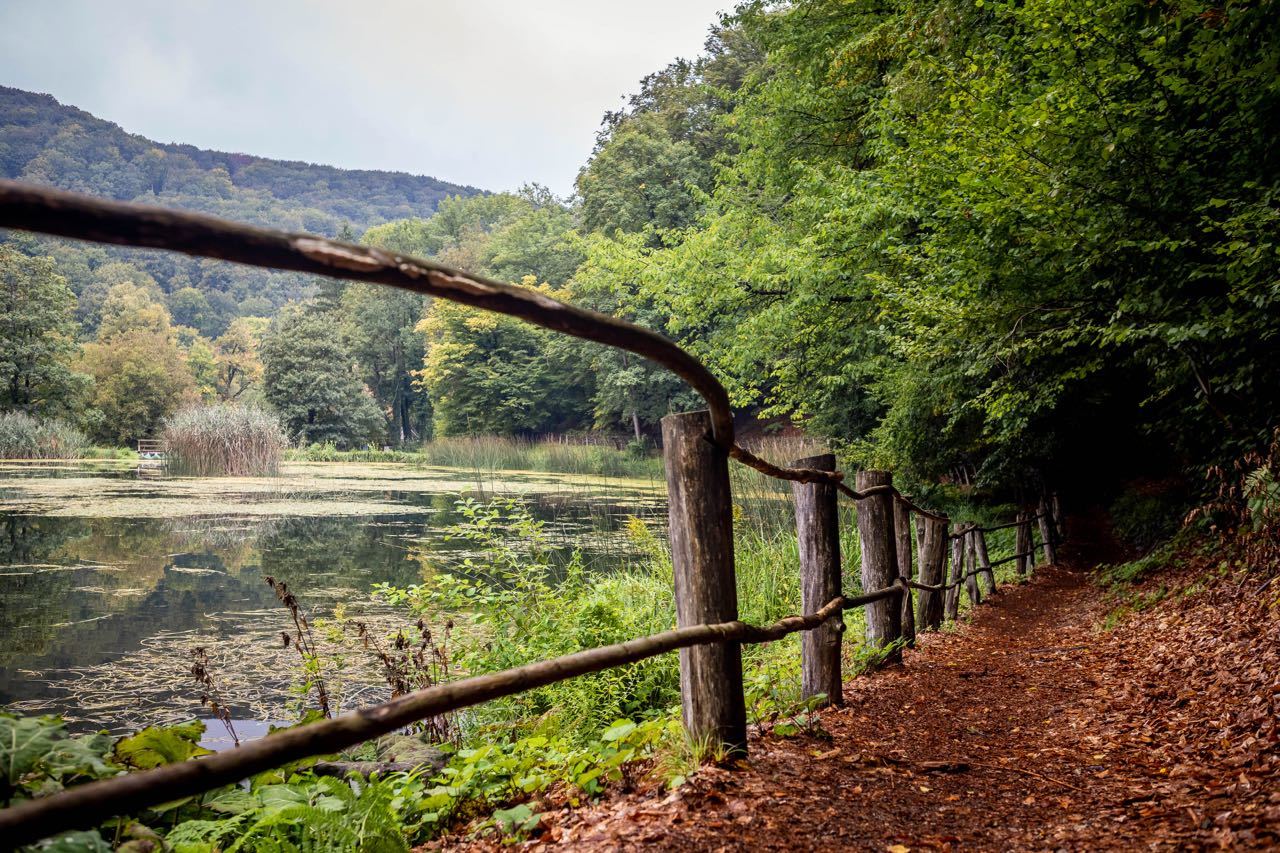 Protected by the government of Croatia in 1999, Papuk Nature Park became a geopark in 2007. It received UNESCO recognition as a Global Geopark in 2015. While it’s not a UNESCO World Heritage Site in Croatia, this UNESCO designation does mean that it’s exceptionally valuable in both natural and cultural terms.

This gem of a park lies “hidden” in the middle of Slavonia, Croatia’s premier farming region in the northeast of the country, east of Zagreb. The park is centered on and named after Papuk Mountain, which is Slavonia’s highest mountain. This is a rather long mountain, stretching from east to west across a landscape dominated by wineries, meadows, and fields. Its crest is the watershed between the Sava River valley to the south and the Drava River valley to the north. 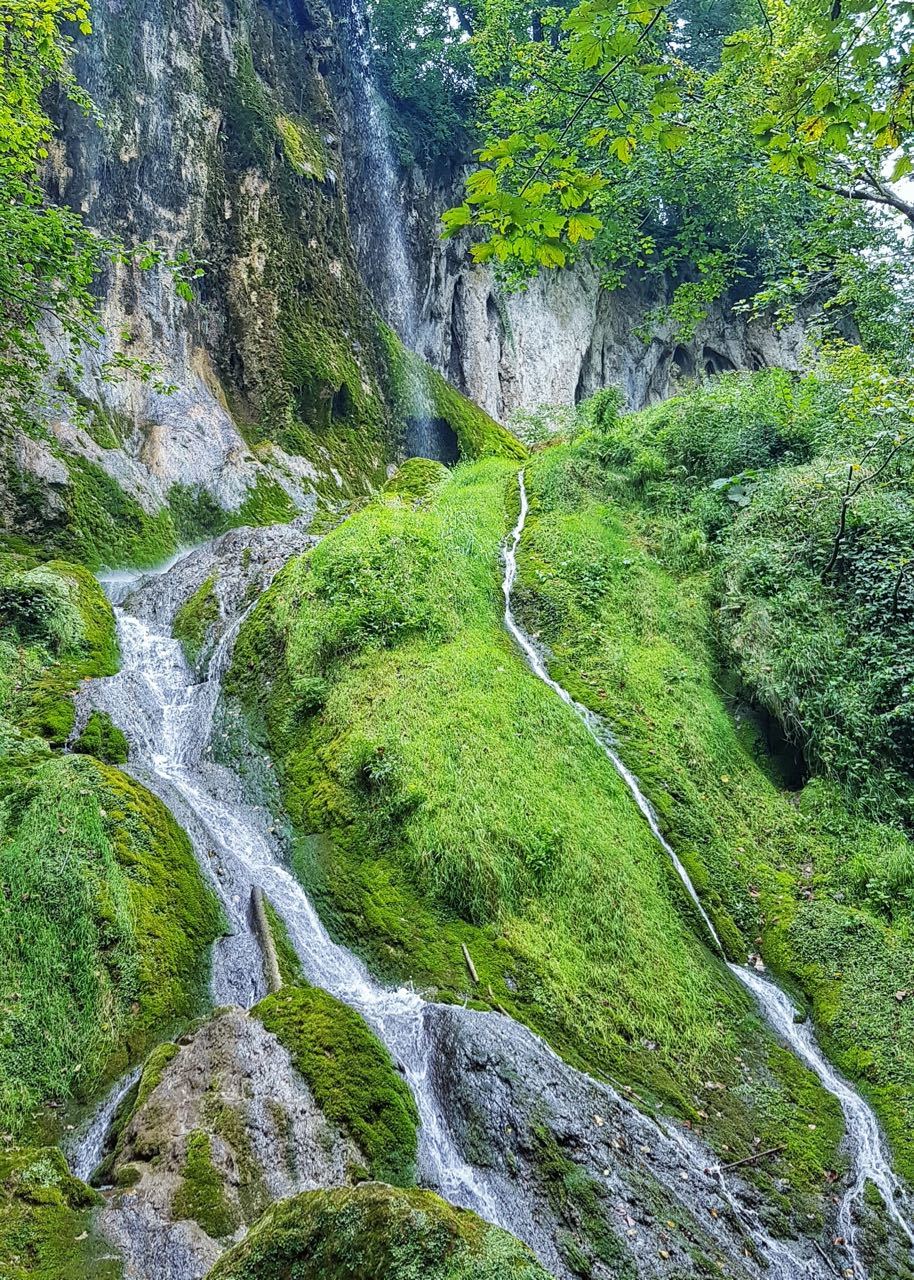 Papuk Mountain and the rest of the Slavonian Mountains are beautifully verdant, home to dense forests, waterfalls, lakes, and lots of fauna and flora. It’s Papuk’s geological features, however, that made it Croatia’s very first UNESCO Global Geopark. The mountain exhibits remarkable geological diversity and a somewhat turbulent geological history. Its oldest rocks date as far back as the Pre-Cambrian 540 million years, while there are also Mesozoic rocks from between 260 and 65 million years ago. 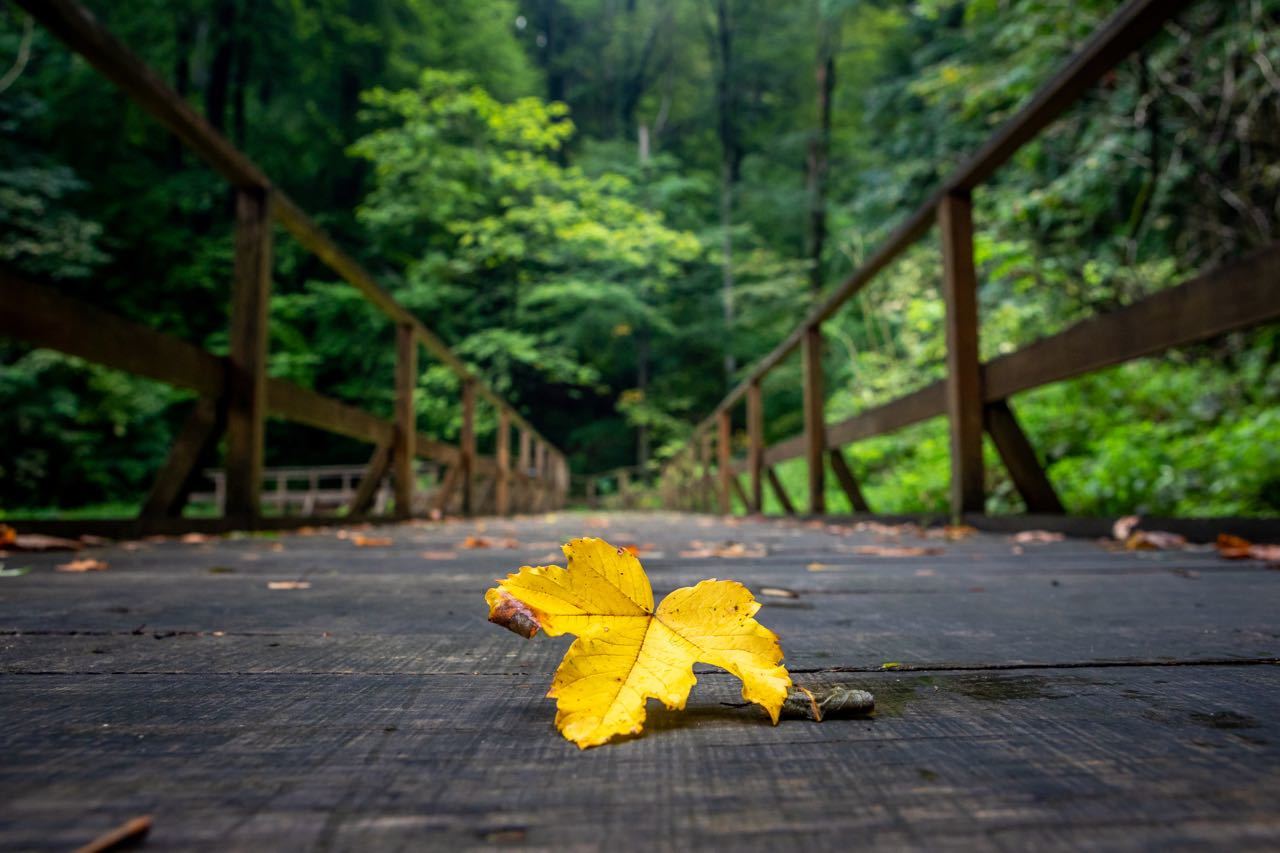 The most common rock type found in Papuk Nature Park is dolomite, but there are also numerous karst features. Visitors will discover myriad sinkholes, springs, caves, and caverns in this lush and peaceful park. The most geologically important site within the park is Rupnica, a wondrous collection of hexagonal basalt rock pillars. Other major attractions in Papuk Nature Park include Jankovac Forest Park and several medieval fortifications. 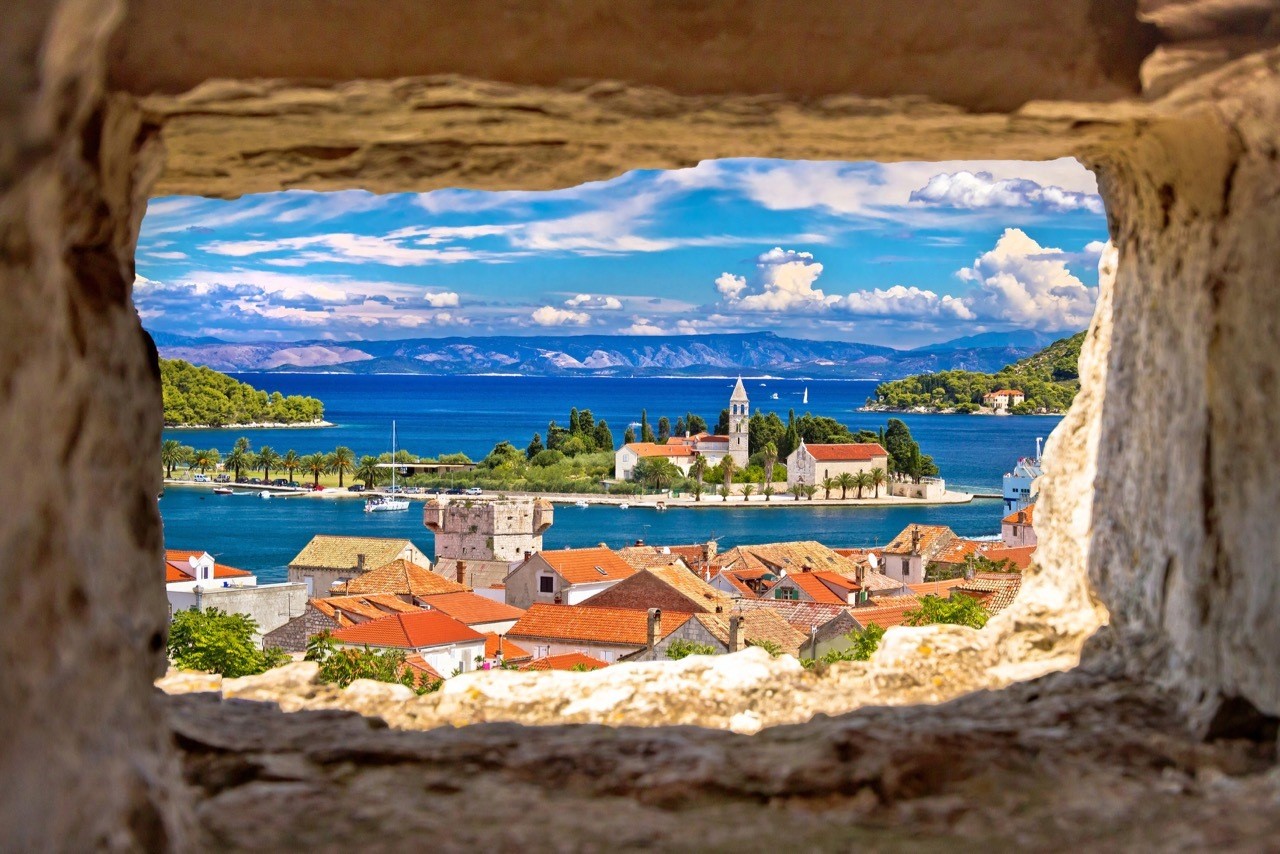 Since the spring of 2019, there are two UNESCO Global Geoparks in Croatia. The newest addition to Croatia’s numerous UNESCO-protected areas is the Vis Archipelago. Among the most remote islands in Croatia, they’re also the oldest islands in the Adriatic. They’re formed by some of the oldest rocks in the Adriatic Sea, the main reason for their UNESCO designation.

The Vis Archipelago consists of the beautiful Island of Vis, which is where the Vis Archipelago Geopark Visitor Center is located, and a few smaller islands and islets. Some of those are nothing more than just a sheer rock rising out of the water. During the Ice Age, however, these islands were much larger. There’s evidence of human activity in the form of flint quarries dating from up to 8,000 years ago. 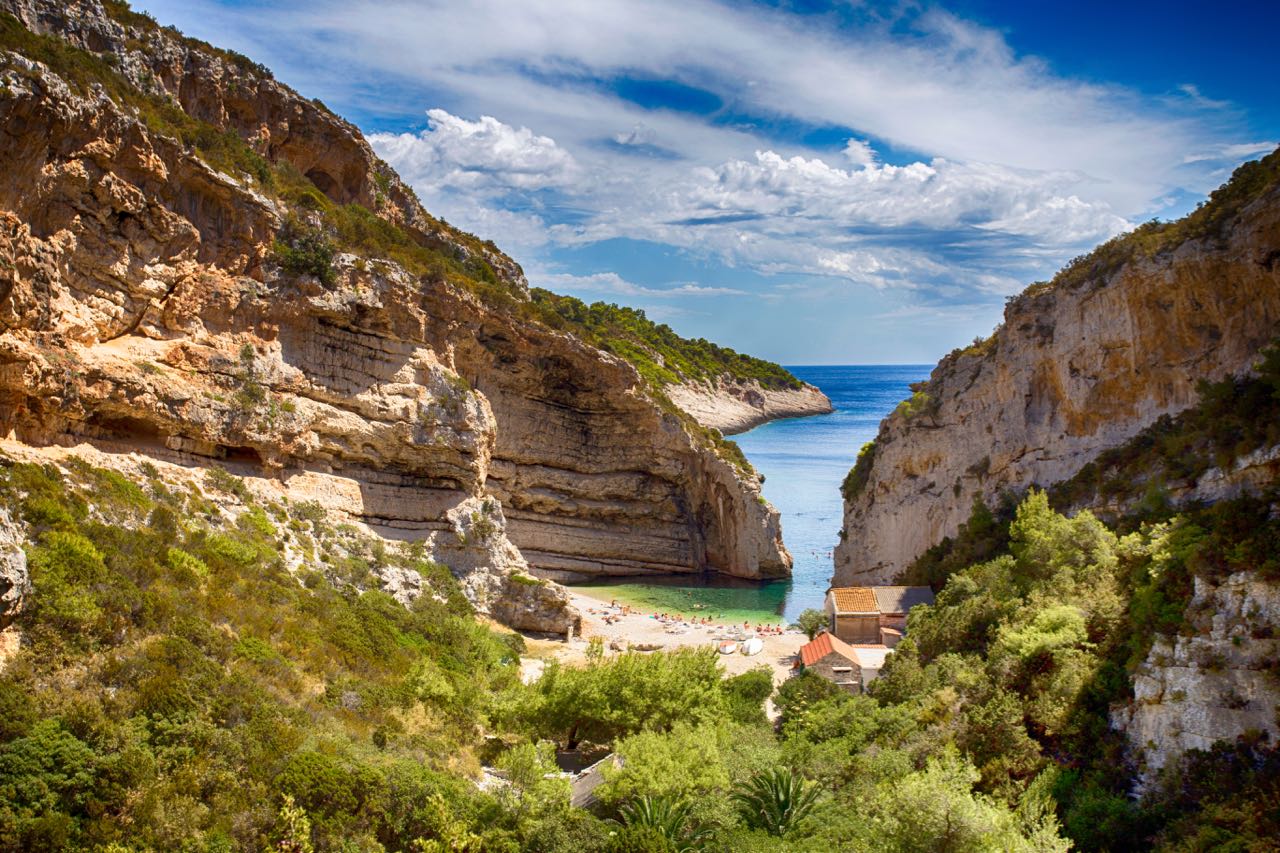 Additionally, there are several different protected areas and designations on the islands. Brusnik and Jabuka Islands, for example, are protected geological nature monuments. Stiniva and Ravnik Bays, on the other hand, are protected as significant landscapes.

Arguably the main attractions in the Vis Archipelago, however, are the gorgeous caves. The most famous caves are the Monk Seal Cave (Medvidina špilja) and the Blue Cave (Modra špilja), which is one of the most popular days trips from Split. There’s a direct ferry route between Split and Vis Island, which makes getting there a piece of cake.

With these two UNESCO Global Geoparks in Croatia, the country establishes itself as an excellent geotourism destination. Besides its fantastic beaches, incredible national parks, and superb coastal cities, geotourism has the potential to draw in an entirely new demographic of tourists. Additionally, they, of course, also make for a fine addition to the itinerary of regular tourists and travelers since both of these Croatian geoparks are super-easy to reach.