How To Get From Zagreb To Rovinj (And Rovinj To Zagreb)

How To Get From Zagreb To Rovinj (And Rovinj To Zagreb)

With so many things to do in Rovinj, this Istrian seaside town has become very popular with tourists, and as such, the demand for travel from Zagreb to Rovinj has increased.

The distance between Zagreb and Rovinj is 250km, about a 3-hour journey by a car when taking the most direct route. Following are the modes of transport available to you when traveling from Zagreb to Rovinj. 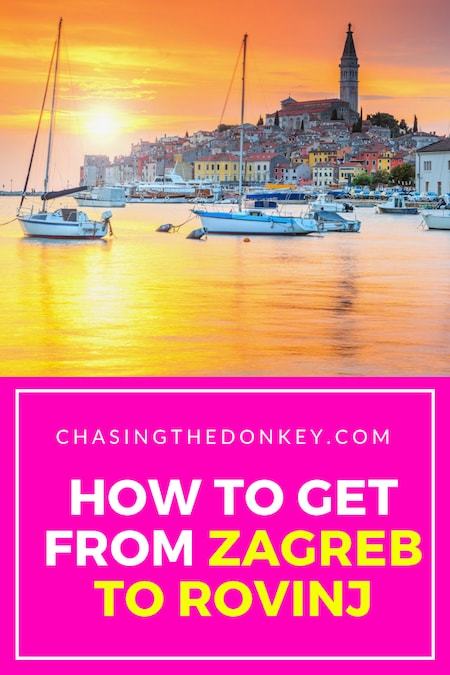 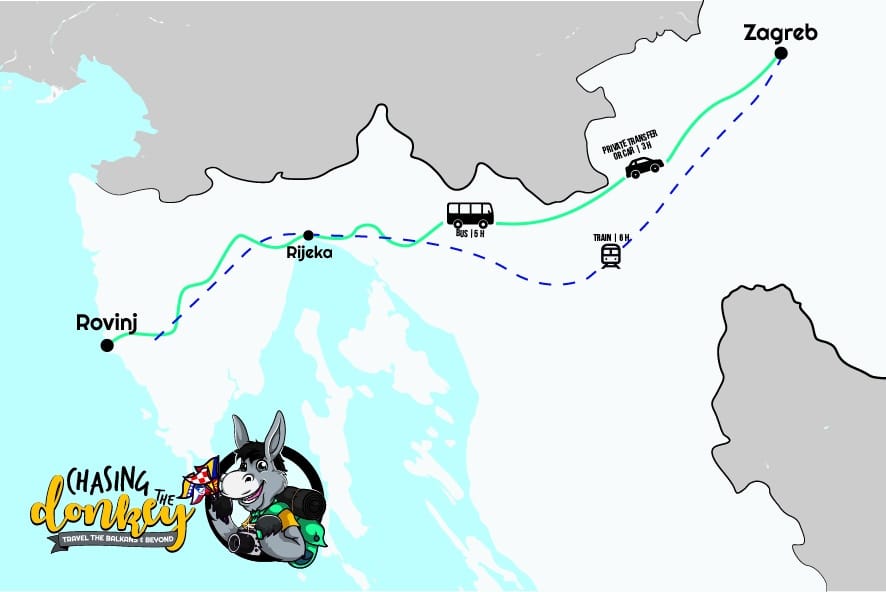 The good news here is that the roads between Zagreb and Rovinj are pretty good, with most of the route being a freeway, which is a toll road. If you arrive at Zagreb Airport and plan on renting a car in Croatia, then Car Rental at Zagreb Airport is advised.

Zagreb Car Rental companies also offer one-way rental, which is well worth considering. Driving in Croatia can be a little trick
ky at times, so if you are not a confident driver, then perhaps you should consider alternate transport.

There are two transfer options; let’s explore both transport options in detail.

The truth is when traveling in a foreign country; it’s always nice when someone does the driving for you. No stress or hassles, and you can sit back and relax. So if you don’t want to drive yourself and want to relax and enjoy the journey, your best bet is a private transfer from Zagreb to Rovinj.

A private transfer is the most convenient and comfortable way to travel. The best thing with Private transfers is you dictate the pace, pick-up and drop-off locations, and the time you depart. You can even select the type of car you would like!

A Zagreb Airport to Rovinj taxi will cost you the same as a private transfer, with the major difference being the quality of the car is usually much lower with a taxi, a taxi will not pick you up from arrivals, carry your bags, and typically do not offer wifi in their vehicles.

In addition, you always run the gauntlet with some dodgy taxi drivers who mess about with their meters, whereas with a private transfer, the price is fixed. There is a taxi rank at Zagreb Airport should you take a taxi to Zagreb or Rovinj.

There is no direct train from Zagreb Train Station to Rovinj, so you need to get off in Fuzine and then bus it from there. When you chop and change buses and trains, the journey will take about 6 hours, making it the least favorable option, so we recommend skipping the Rovinj to Zagreb train at all costs.

The Zagreb to Rovinj bus and Rovinj-Zagreb bus services are pretty limited compared to bus services going to the Dalmatian coast, but buses to Rovinj are the most budget-friendly option.

Be sure to check out the Zagreb Bus station timetable. Most Zagreb to Rovinj buses will stop in Rijeka, so if you struggle to find a direct route, purchase a bus ticket to Rijeka and then take a bus from Rijeka to Rovinj or Rijeka to Zagreb if you are going to Zagreb.

NOTE: if you are traveling from Zagreb airport, you must first travel by airport bus to the Zagreb central bus station and then get your bus to Rovinj from there.

Zagreb To Rovinj Via Plitvice Lakes

If you are visiting Croatia, you would be a fool not to see Plitvice! If you have any extra time available, you must make a stop at Plitvice Lakes National Park on your transfer between Rovinj and Zagreb. This UNESCO-listed National Park is Croatia’s most popular, with its 16 interconnected lakes and spectacular waterfalls.

If you want to travel from Zagreb to Rovinj via Plitvice Lakes, the best option is to take a private transfer. Here you get a fixed price which is agreed upon in advance, a professional English-speaking driver, and a new vehicle with wifi. The other options, which include a taxi from Zagreb to Plitvice, then a cab from Plitvice to Rovinj (way too expensive) and a plethora of buses (way too long), are just not cost or time effective nor convenient.

If you would like a quote for a Zagreb to Rovinj via Plitvice Lakes private transfer, contact Octopus Transfers Croatia.