Written By Travel Writer Kiara From Gallop Around The Globe

Croatia is one of my favorite European countries, having been there three times. On the first occasion I was based in Dubrovnik for a week, took a boat trip over to the beautiful island of Mljet, and kayaked out to wood-covered Lokrum – where its only inhabitants are a population of wild peacocks; where you can explore the remains of a centuries-old Benedictine Monastery, marvel at the immense cacti sections the botanical gardens, or bathe in the Dead Sea (an idyllic little salt-filled lake linked to the open ocean).

I’ve island-hopped from Split to Hvar and Korčula, enjoying the warm sun, the rich blue waters of the Adriatic sea, the medieval architecture, red-tiled roofs, and atmospheric cobbled streets, and the abundance of fresh seafood.  I’ve taken a city break in the capital Zagreb and spent a day meandering amidst the turquoise waters and stunning, natural beauty of the Plitvice Lakes.

The one journey that felt more authentic and more rewarding than any of the others was cycling in Croatia.

I cycled through the northern part of Croatia, a 7-day tour which started in the ‘floating city of Venice.  The cycling trip I’d chosen was organized in the sense that all accommodation was included in the price, along with buffet breakfasts every morning, the transportation of your suitcase or backpack from the last destination to the next, 24-hour on-hand support, and emergency assistance, and comprehensive route notes and maps.

However, it was also a self-guided trip: there was no group (although there were others booked on the same trip, cycling the same route) and no tour leader, which meant that we had the ability to stop whenever and wherever we wanted, we weren’t limited to the amount of time we chose to spend at any given location, and we had the freedom to go at our own pace.

The beauty of cycling is that – unlike walking – you’re traveling at a fast enough pace for the scenery to be constantly changing, yet you can stop as and when you want.  Moreover, the routes are chosen for us to follow generally avoided main roads, which is great if you’re not a confident cyclist. It also meant that by cycling in Croatia, we really experienced Croatia ‘off the beaten track.’

We entered Croatia just after passing the Secovlje Salt Mines of Slovenia and having followed the old Parenzana railway as far as the border.  Border crossings in themselves always make me feel like I’m part of intrepid exploration, primarily because doing so indicates that you are actually traveling rather than just being on holiday.

When you take a holiday, you generally fly into and out of that country; crossing a border suggests something more long-term – more adventurous. As soon as we entered Croatia, we had a steep uphill climb ahead of us, which lead us into the country’s territory of vast forests, caves, and hillside villages.

Now for those of you who’ve read my story three countries, two wheels, no previous cycling experience, you’ll know that I struggled immensely with the uphill sections of the trip.  I’m not a cyclist, and this trip had been one of discovery, challenges, and new experiences.  The discovery that I actually really loved cycling.

The challenge of pushing myself more than I was used to and in ways that I’d never had to before.  And the new experience of exploring a country on two wheels, under the power of my own steam.

But I’m sure you don’t just want to read about the benefits of traveling through a country on two wheels; you want to see and hear about some of the Croatian gems I stumbled upon by doing so.

So here are a few of the highlights of my trip: 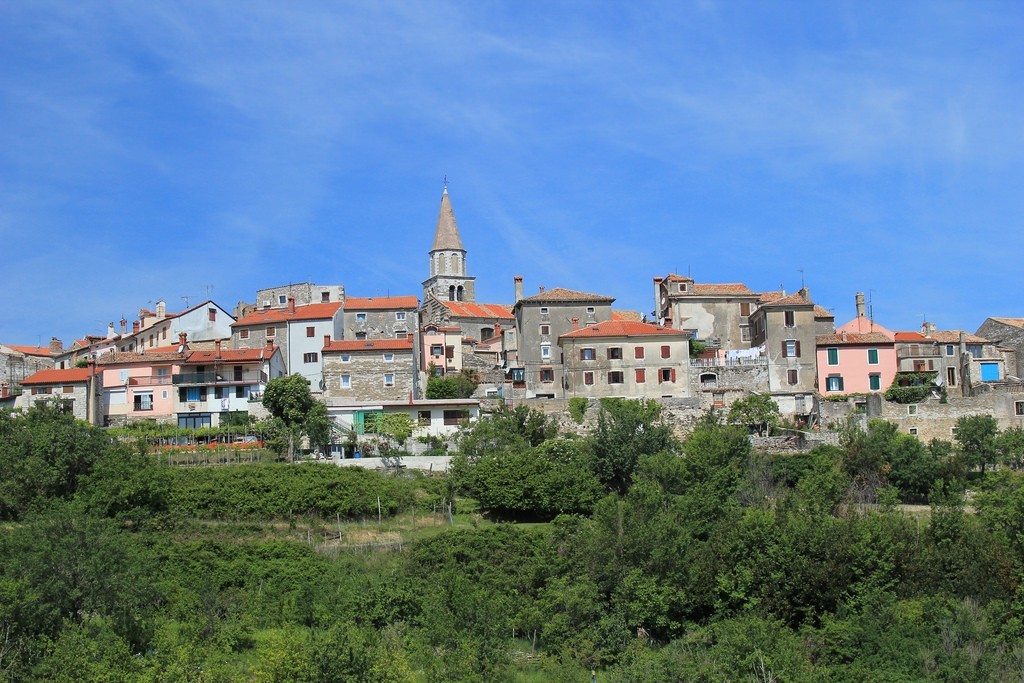 Buje is located at the top of a hill and is famous for its vintage olive oil, excellent wines, and truffles.  The village center is full of winding alleys and traditional tavernas, and there is some stunning view across the surrounding countryside.

Buje was tranquil, traditional, ancient, and full of character.  Due to the cobbled streets and steep gradients, we left our bikes locked up by a little cafe at which we stopped for coffee and continued our exploration of this charming little village on foot.  We didn’t meet a single tourist during our time here, which indeed added to its appeal. 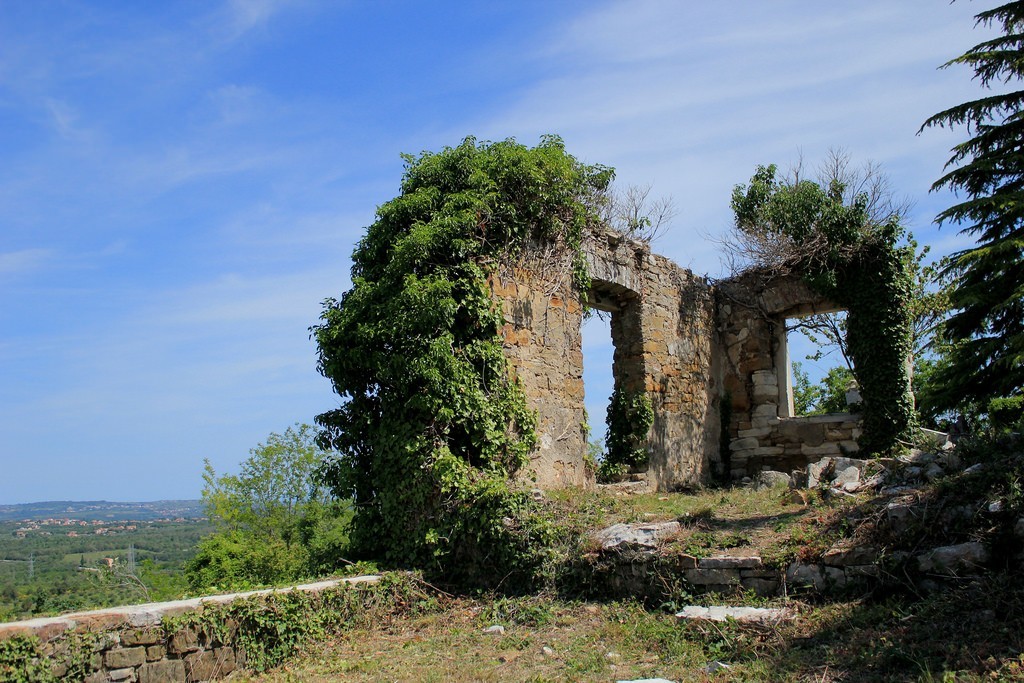 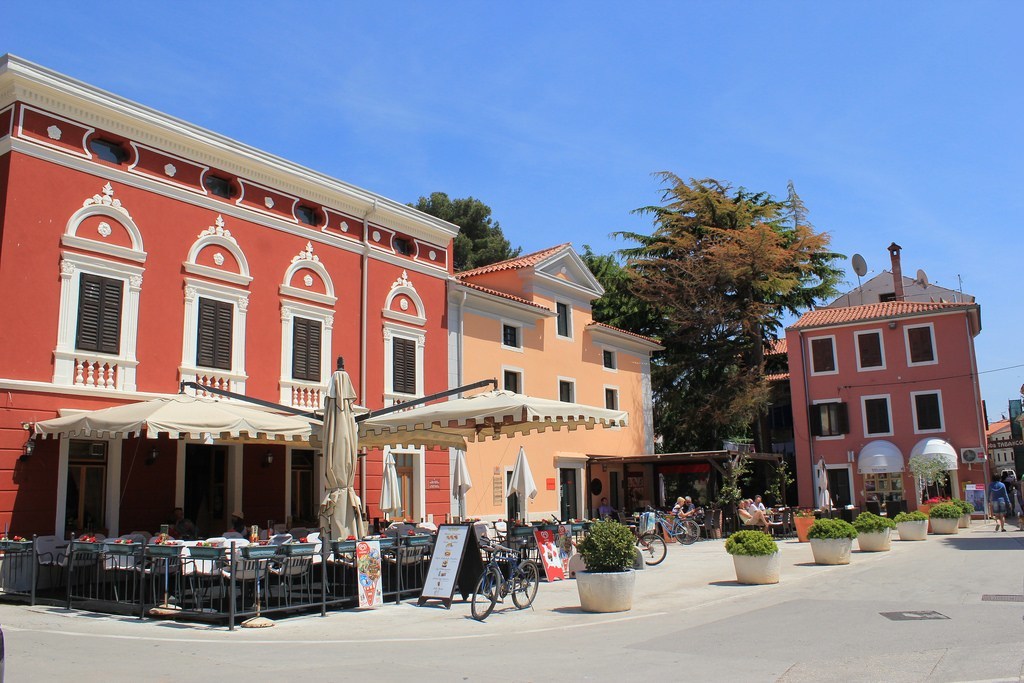 Upon leaving Buje, we continued through Croatia’s wine-growing regions.  We cycled empty roads flanked with miles upon miles of lush vineyards and the odd subtle but instantly recognizable sign, saying simply “Vino,” with an arrow directing us to its source.

Our peaceful, relaxing journey through the countryside, far from the better-known tourist trails, leads us to the colorful little coastal town of Novigrad.  Novigrad is set on a small peninsula on the western coast of Istria, 25km south of the border with Slovenia, and is awash with brightly painted buildings, inviting cafes, and an attractive little harbor. 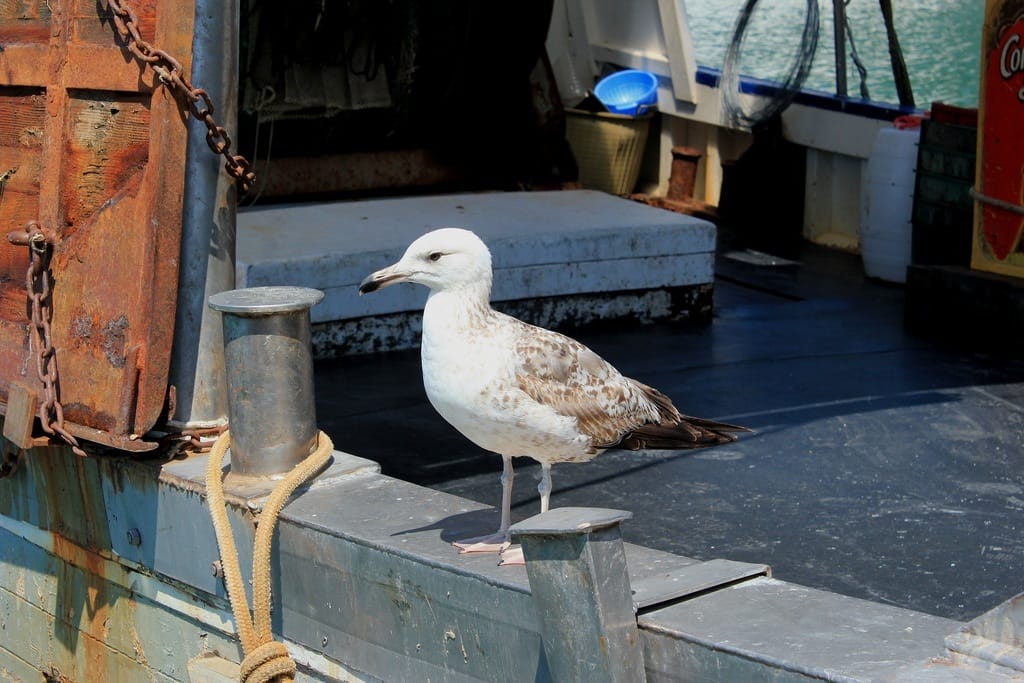 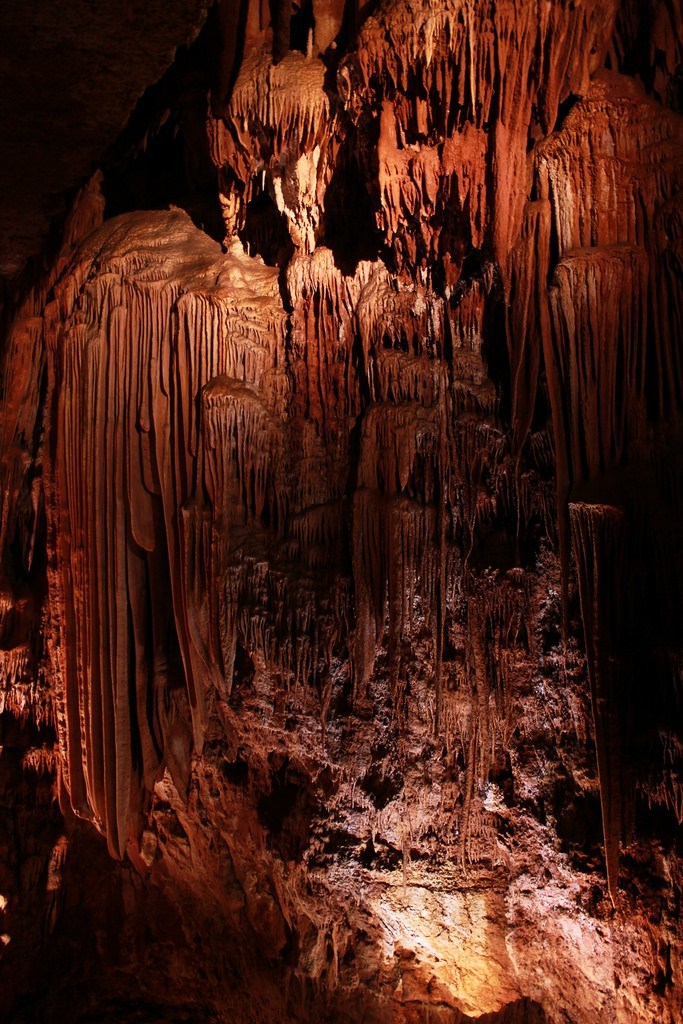 From Novigrad, we headed back inland, past countless poppy fields and olive groves.  The underground realm of Jama Baredine was a bit of a detour from our original route, but it’s one I’m glad we took.

A 300-meter long path runs through the cave up to 60 meters below the ground and into five beautifully decorated chambers.  At the end is an underground lake, where we were lucky enough to catch a glimpse of the cave olm, a blind amphibian endemic to the subterranean waters of caves in the Karst region of central and south-Eastern Europe. 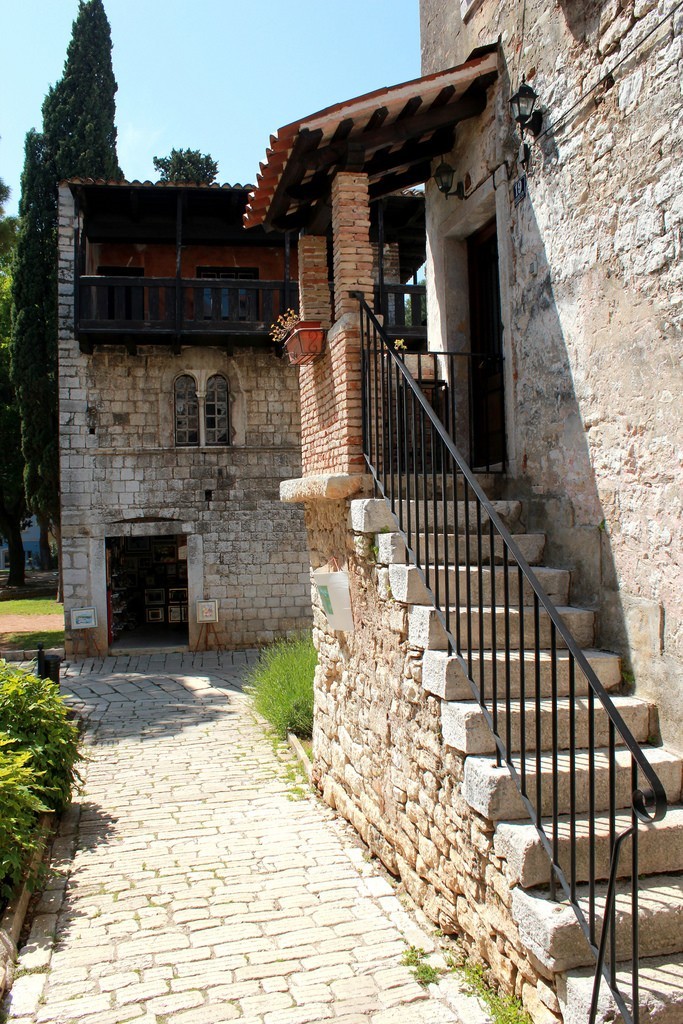 Porec is a charming, historic, and beautifully compact harbourside town.  It’s almost 2000 years old. There are still remnants of old Roman structures scattered around the place, along with Roman houses, Gothic-Venetian mansions, and the Euphrasius Basilica, dating from the 5th century.  S

eats from the town’s numerous cafes and restaurants spill out onto its attractive paved streets, and stalls selling honey, olive oil, wine, truffles, and lavender line the harbor front.  This was a perfect location for a comparably enjoyable end to our 7-day cycling trip, which I’d found relaxing, exciting, challenging, and rewarding – in equal measures. 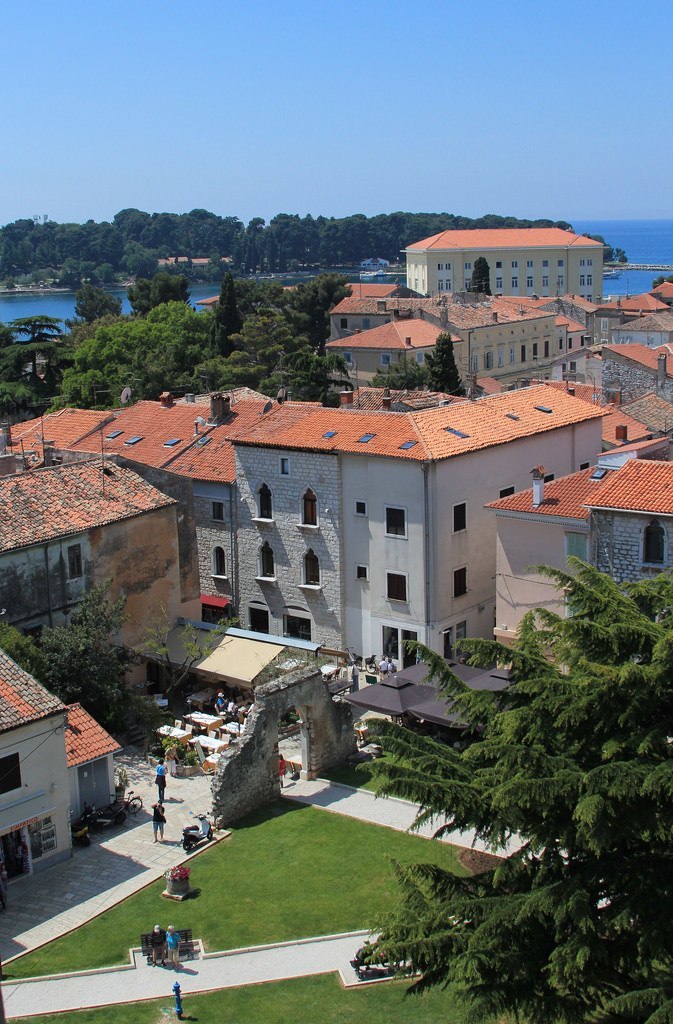 Tips & What To Pack For Your Cycling Croatia Holiday

If you want to combine cycling AND the sea, you’ll want to check out Jo’s post on Island Hopping Cycle Cruises in Croatia.

Have you been Cycling in Croatia? Are you now inspired to explore Croatia on two wheels?