Home > Best Things To Do In Varna, Bulgaria

Bulgaria must be on your checklist if a Balkan adventure is on your mind. The country has so much to offer, right from pretty coastlines to towering mountains and from gushing waterfalls to lush greenery.

Varna, the third-largest city in the country, has all of these beauties and so much more. Varna is the perfect place to be if you want to get close to the center of the action but far from the maddening crowd.

With parks, beaches, museums, and happening nightlife, there is not a dull moment when Varna is your travel destination. The following are the top ten things that you must not miss out on while you are in the ‘Sea Capital’ of Bulgaria. 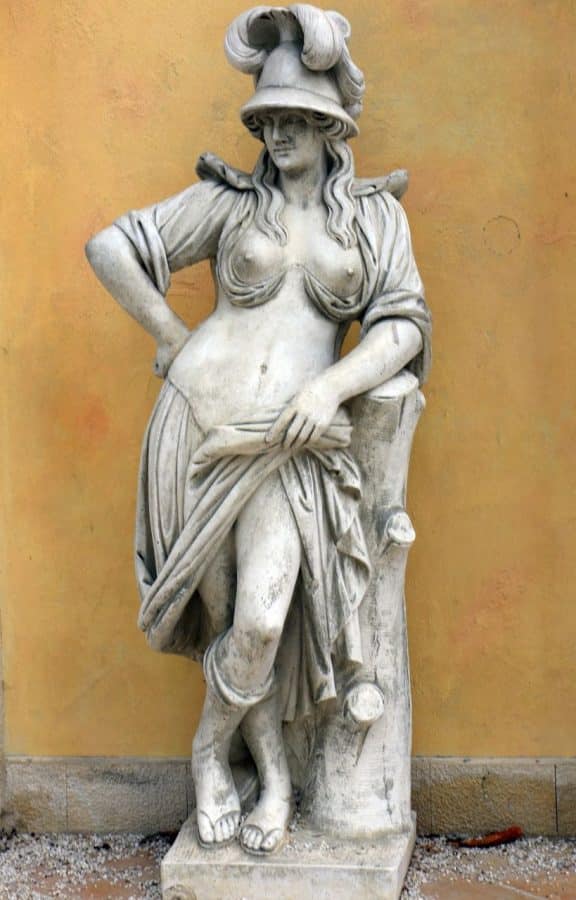 The Sea Garden has the distinction of being one of the most bustling spots in Varna. This magnificent garden has something for everyone, regardless of age, gender, or taste.

In the morning, you will see people doing their morning walk. As the day passes, children come out with their parents for ice cream. You can sip coffee and watch the world go by in the diverse cafes that dot the place. You can also sit on a bench and catch the sea view or go down the alleys in your joggers.

The city has a black sand beach with more than 3 kilometers of sand full of bars and terraces right next to the “Primorski” green area. However, locals prefer to drive 15 kilometers to get to the 4-kilometer-long Golden Sands Beach (Zlatni Pyasatci), one of the most popular Bulgaria beaches.

You should head to this Varna attraction if you want to experience something other than the bars and restaurants for the night.

Going on quests and solving puzzles is not part of some computer games in the Escape Room. There are four rooms in the place, and each has its own set of mysteries that you and your gang of friends will have to solve.

The catch is that you get only an hour to solve the mind-boggling puzzles! So, make your reservation where you will spend a pulsating sixty minutes. 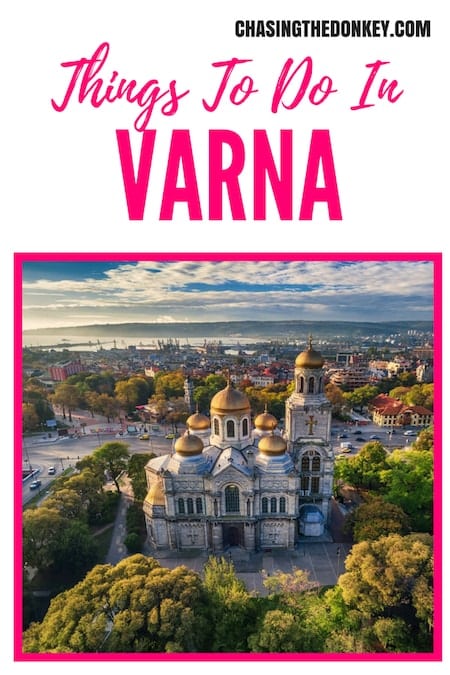 Not precisely a Varna sight, per se, but the Karting Track is fun! It is about five kilometers away from the city’s center and is the place to be if you are in Varna with a big group of friends and want to catch up over some thrill-seeking action.

Let the adrenaline pump through you as you drive across the 1050 meters long track. The place organizes several competitions for professionals and amateurs. You need a driving license or experience to have fun at the Karting Track.

The Aladzha Monastery lies beyond the city’s northeastern suburbs and MUST make your best of Varna shortlist. It is an Orthodox monastery part of a natural protected forest area, just 3 km west of Golden Sands beach resort.

You will be surprised to know that these are human-made caves cut into a 25m Karst cliff. The terrain is challenging, so make sure that you wear your best shoes not to slip and hurt yourself.

Wander the city center, where a host of art galleries, 100+-year-old houses, museums, bars, cafes, and shops can be found. The city is known for its traditional Bulgarian cuisine of hearty stews, seasonal vegetables, and delicious seafood, so look for these dishes on the menus if grabbing refreshments between sightseeing.

The Cathedral of the Assumption of the Virgin 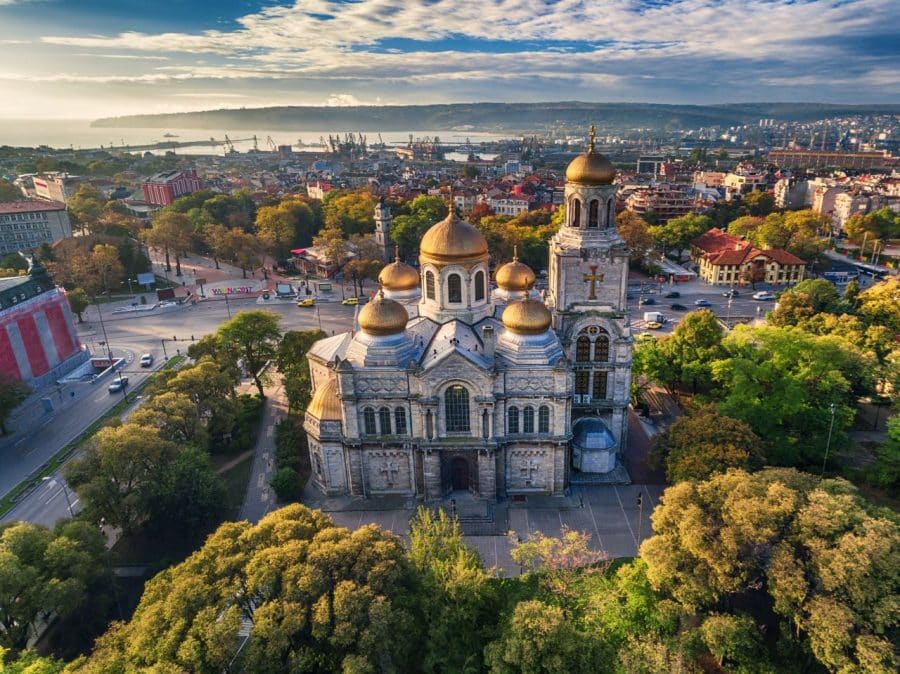 The Cathedral of the Assumption of the Virgin is right at the heart of the city. This is not just one of the most famous cathedrals in the region, but it is also the country’s biggest one.

This orthodox cathedral was constructed in 1885 after the Russian knyaz Dondukov-Korsakov visited the city. The lofty structure looks magnificent from the outside. When it is fully illuminated during the evenings, the view is simply breathtaking.

The Roman heritage has given Varna a treasure trove of priceless artifacts. The Archaeological Museum stays on top of many other museums in the city for its exhibition of the Gold of Varna and is one of the best things to do in Varna, without a doubt.

There is a collection of gold and other valuable items dating back to 6,500 years and collected from the Varna Necropolis. This treasure is noteworthy not just for its age but also for its quantity. The single tombs of Necropolis had more than 1.5 kg of gold.

For classical and modern musical theater lovers, taking in an opera performance at Varna’s Opera and Theater House is not to be missed. The country is very proud of the local artists performing on stage here, and the architecture of the building itself is pretty impressive.

If visiting with kids (or just the young at heart!), head to Varna’s Puppet Theater. Puppeteering is a popular form of artistry and acting throughout Bulgaria, and the theater in Varna is home to some excellent performances, indoors and out. In the summer months, shows are often performed on a stage at the Sea Garden.

Once you’ve seen a show, check out the Puppet Museum next door, home to 140 puppets used in various theater productions. It’s a small establishment, so it won’t take much time to take it all in.

Local graffiti artists Fars (Фарс) and Mouse have left splendid and colorful displays of art around the city. Spend an hour or two wandering the little side streets of the town and see what you discover. Make sure to bring your camera to capture these masterpieces! 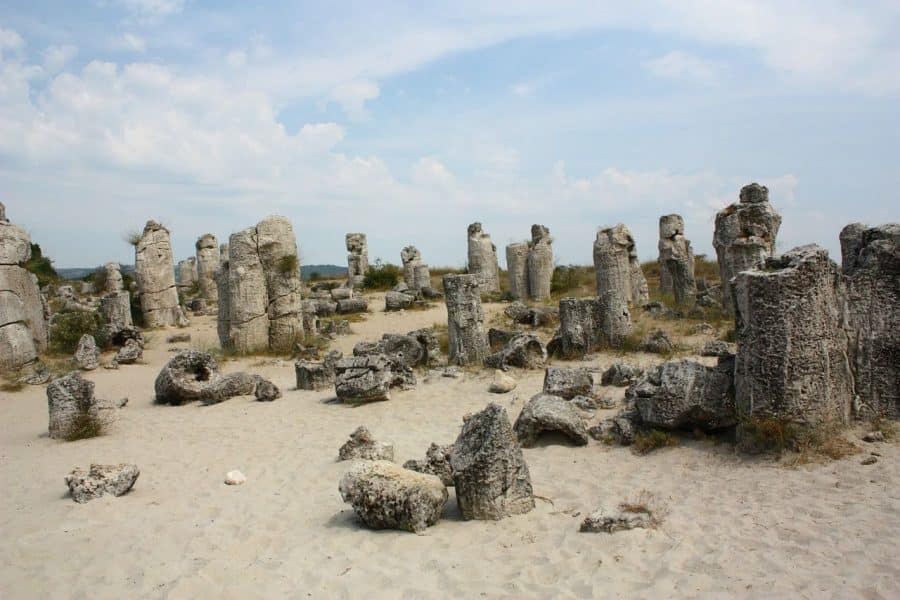 The Stone Forest is located in the only desert of Bulgaria. Here, you will find a field of stone columns covering an area of 13 sq. Kilometers. These seven-meter-high columns are hollow from the inside. Believe it or not, they are not artificial and have been made by methane oxidation carried out by microorganisms.

The Roman Baths to the Southeast of Varna actually belonged to the city of Odessus.

These are the largest Roman baths in Europe and the second-largest among the baths that lie outside Rome. You can see the remnants of the earlier facilities like the typocaust (which heated the baths via a network of underground pipes). The baths are all lit up at night, and the view from the elevated walkways is exceptional.

For a blast from the past, head to the Retro Museum, which houses everything that will take you back to the 20th century. There are over fifty retro car models like Chaika limo, boxy Skodas, Volgas, and more. You will also find Bulgarian kitchen utensils, cosmetics, and vacuum cleaners as they were used in the past.

So, if Varna is your destination for the upcoming holidays, make sure you add some of these places to your must-see things to do in Varna list!