12 Of The Most Beautiful Caves In Bulgaria

Home > 12 Of The Most Beautiful Caves In Bulgaria

The 12 Most Beautiful Caves In Bulgaria You Can Visit

Although there are currently more than 4,500 known caves in the country, only a few caves in Bulgaria are open and accessible to tourists. About a fifth of Bulgaria’s surface area consists of karst, a type of rock that’s easily dissolved and shaped by water. This is why this Balkan country has such substantial subterranean halls, passageways, and tunnels.

The vast majority of Bulgarian caves are the exclusive playgrounds of experienced speleologists and rock climbers. However, those that are managed and can be visited include some of the top natural attractions in Bulgaria.

Traces from Stone Age cultures have been discovered. Numerous caves in Bulgaria are important archaeological and conservation sites. Simultaneously, many of them are still an important refuge for animals, including over 700 invertebrate species and no fewer than 32 of Europe’s 37 species of bats.

Here are some of the most interesting and beautiful caves in Bulgaria that you can visit. 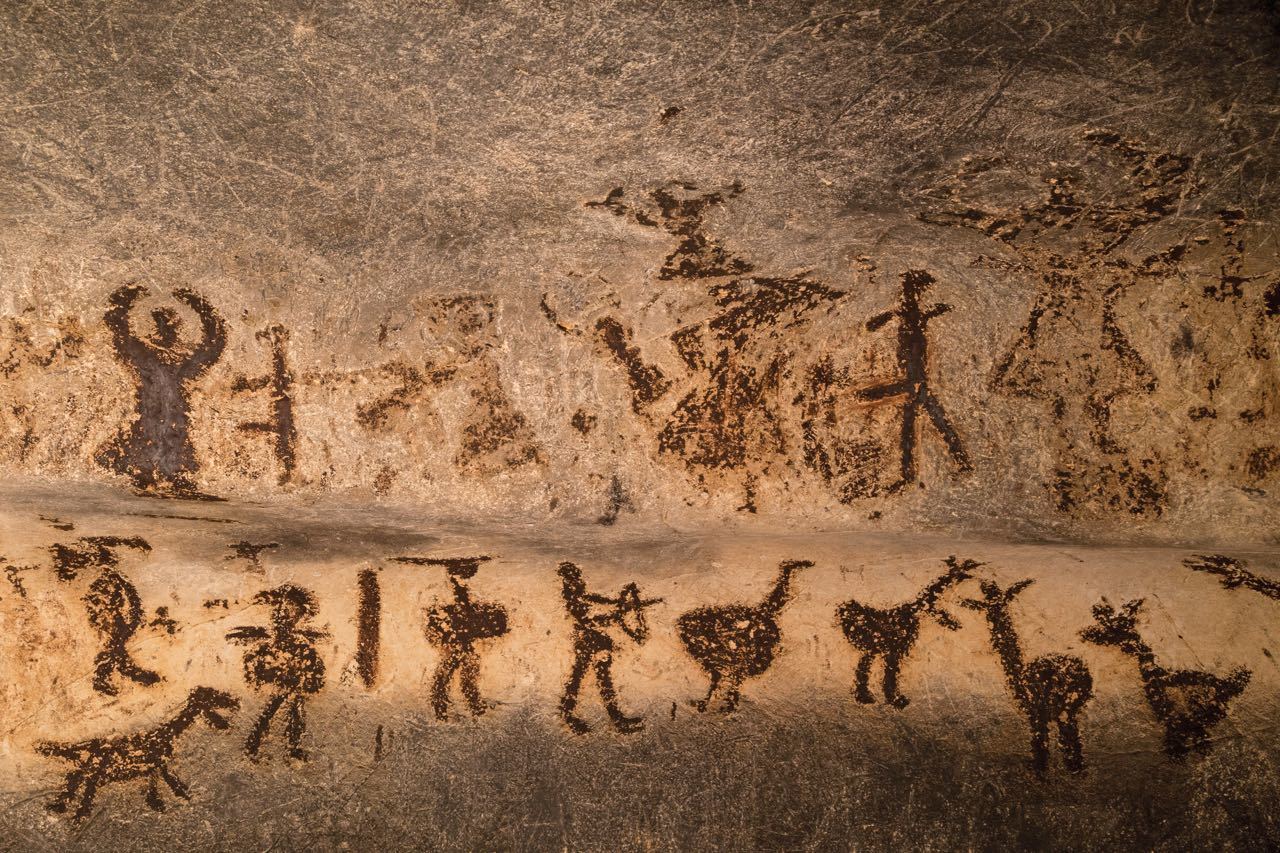 Situated in northwestern Bulgaria, the Magura Cave is one of the biggest and easily among the most beautiful caves in Bulgaria.

It’s in the town of Rabisha and about 23 kilometers from Belogradchik, which is home to arguably Bulgaria’s most beautiful castle.

The cave is so remarkable because of the prehistoric wall paintings in one of the halls. Between 10,000 and 8,000 years old, they depict dancing women, hunting men, tools, stars, plants, and animals. Bones of many prehistoric animals have also been found here, including cave hyenas, cave bears, otters, and wolves. The Magura Cave is on the Tentative List of UNESCO World Heritage Sites.

Near the border with Greece in southern Bulgaria lies the Devil’s Throat Cave. It’s about 2 kilometers from the town of Trigrad in the Trigrad Gorge. This particular cave is unlike all other Bulgarian caves in this overview because it doesn’t have any cave formations.

This is not a cave with corridors and halls. Instead, it’s a so-called precipice cave, where the water from the Trigrad River tumbles down into a deep ravine. This is the Devil’s Throat, with its height of 42 meters, the tallest underground waterfall in the Balkans.

Entering the cave is only possible with a tour guide, who’ll take visitors through human-made halls and stairways to the waterfall.

Yagodinska Cave is a cave complex comprising several marble floors and many draperies, flowstone formations, stalactites, stalagmites, etc. It’s also quite famous for its countless cave pearls formed with a grain of sand that gets covered with calcite over time. Visitors can explore the developed lower floor on a route that’s over 1 kilometer long.

Even though it’s only 145 meters long, the Snezhanka Cave in the Rhodope Mountains is one of the most impressive caves in Bulgaria. It houses some of the country’s most beautiful cave formations, from the classic stalactites and stalagmites to draperies and sinter lakes. There are several spectacular halls bearing names like Music Hall and Large Hall.

The Wonderful Hall is home to a white crystal sinter formation that resembles Snow White—Snezhanka is the Bulgarian word for Snow White.

Although not the most visited cave in Bulgaria, Uhlovitsa does make for some super-fun underground exploration. This is another Rhodope Mountains cave located near Mogilitsa in the Smolyan Province.

The cave is 460 meters long—tourists can explore 330 meters of that.

You can reach the entrance after a rather steep 30-to-40-minute hike (which might explain why only a few thousand people visit this cave each year).

People who make an effort to go there will find a subterranean paradise. Its countless stalagmites, stalactites, helictites, dendrites, stunning flowstone formations, and even stone waterfalls are why it’s sometimes called an “underground palace.”

One of many caves in north-central Bulgaria, Bacho Kiro lies 6 kilometers from the town of Dryanovo. It’s only 300 meters from the St. Archangel Michael Monastery in Dryanovo. Named after Bulgarian Revival leader and revolutionary Bacho Kiro, it’s been open to the public since 1937.

Bacho Kiro Cave is one of the best Bulgaria caves to visit because of its abundance of cave formations. Its interior is a maze of passageways, galleries, corridors, and halls shaped by rivers over thousands of years. The cave is about 3.6 kilometers long, 700 meters of which are accessible to tourists and outfitted with electric lights. You can visit Bacho Kiro Cave via two different routes. The short route takes about 30 minutes, while the longer option is 70 minutes long.

One of the most famous Bulgaria caves, Ledenika Cave, has been a popular destination since its opening in 1961. The cave is in the Balkan Mountains and is one of the smaller caves in Bulgaria, about 350 meters long.

Yet, it consists of ten different galleries, one of which has a small sinter lake. Ledenika is visit-worthy because it has lower temperatures than most other caves in the Balkan.

This results in the formation of ice stalagmites and stalactites in winter. This abundance of beautiful icicles explains the cave’s name, meaning “glacial” or “icy” in English.

A tour of the Ledenika Cave lasts about 1 hour.

Situated 2 kilometers from Karlukovo in north-central Bulgaria, the Prohodna Cave is one of Bulgaria’s greatest and most accessible caves. It’s a major attraction in the Karlukovo Gorge, one of the country’s largest karst areas, located within Iskar-Panega Geological Park.

Prohodna Cave is a tunnel cave 262 meters long, making it the longest of its kind in Bulgaria. The cave’s name reflects its shape, meaning something like “Passage Cave.” there are two entrances at each end, the Big Entrance and the Small Entrance. The former is no less than 45 meters high—Bulgaria’s largest cave vault, so large that it’s suitable for bungee jumping.

Additionally, there are also two large adjacent holes in the ceiling, which resemble a pair of enormous eyes. This is the most famous feature of Prohodna Cave, known locally as Oknata.

Near the towns of Velingrad and Rakitovo in the Western Rhodope Mountains, the Lepenitsa Cave is 1.5 kilometers long. It has three levels, the lower of which has an underground river, while the middle level contains subterranean lakes.

The cave is also rich in stalactites, stalagmites, and many other rock formations.

A noteworthy feature of Lepenitsa is its cave pearls, numerous of which have been found here. You can see some of them at the Natural History Museum in the capital Sofia. The cave is accessible to tourists, who can explore a section of the interior on a fixed route. 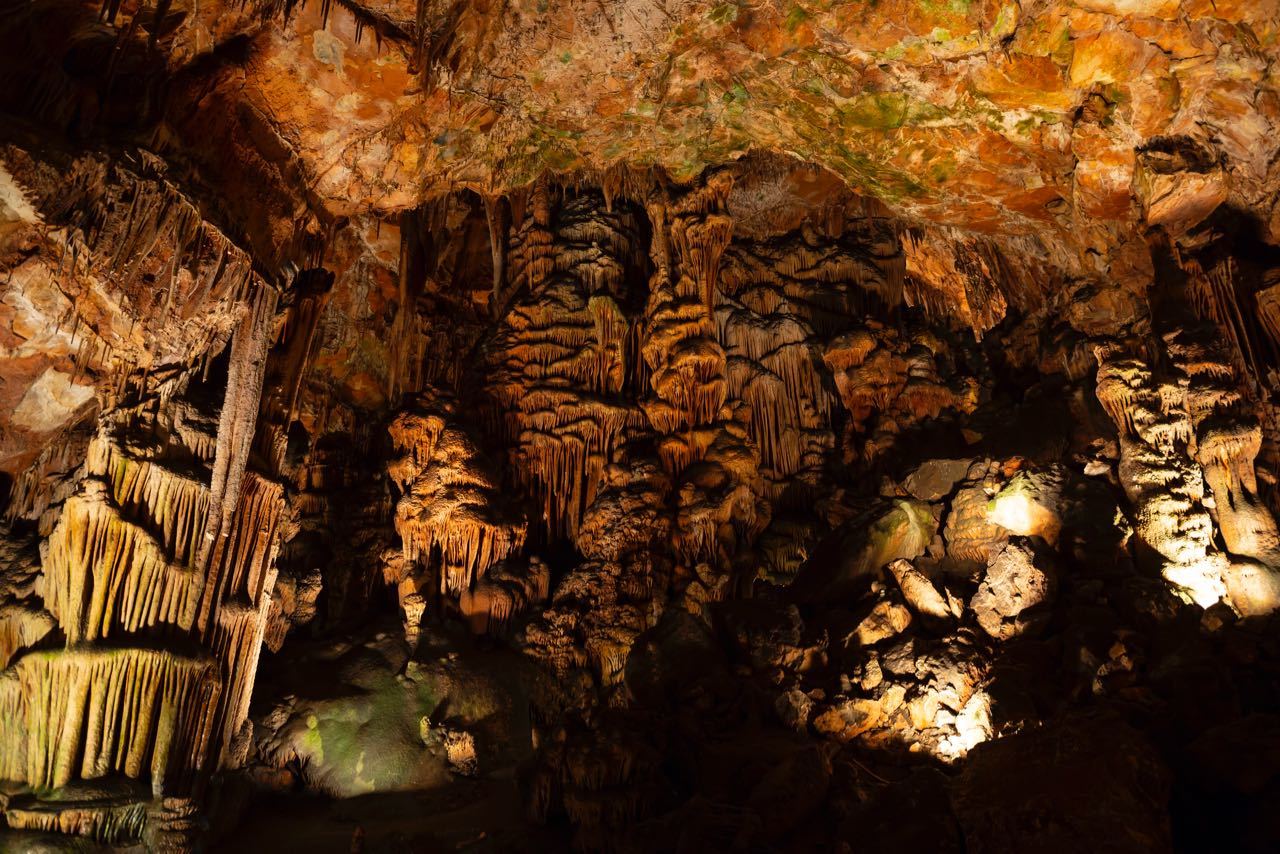 Sometimes called the most beautiful cave in Bulgaria, Saeva Dupka is near Brestnitsa in the Lovech region. It encompasses five subterranean halls and several hundred meters of corridors. Wonderfully illuminated and almost entirely accessible, it’s the perfect destination for cave-loving tourists.

The name comes from two brothers, Sayu and Seyu, who sought refuge in this cave during the Ottoman occupation. However, evidence suggests that people have lived here or used it since Roman times. The main claim to fame of Saeva Dupka Cave is its superb acoustic features. Concerts regularly take place in the Harmana Hall.

As far as stunning caves in Bulgaria go, the Devetashka Cave is right at the top. It’s a spectacular karst cave in north-central Bulgaria, a fun drive from popular destinations like Veliko Tarnovo. Also known as Oknata and Maarata, the cave is renowned for the seven holes in its ceiling.

This allows sunlight to stream in, lighting up the interior. This combination of shelter and plenty of available light is why humans have continuously inhabited the Devetashka Cave throughout prehistory. The oldest evidence of human presence dates as far back as 70,000 years ago. Now, it’s a refuge for 30,000 bats, about 30 other mammal species, and over 80 species of birds.

In 2011, parts of the movie The Expendables 2 were filmed at this cave. This resulted in several environmental law violations, damage to local flora, and the displacement of thousands of bats. About a year later, most of those bats returned to the cave.

The Orlova Chuka Cave is the second-longest cave in Bulgaria, with a total length of more than 13 kilometers. Discovered in 1941, it became accessible to the public in 1957.

Nowadays, visitors can explore about 3 kilometers of its halls, passageways, and tunnels. This accessible part is illuminated, allowing visitors to admire calcite crystals, stalactites, and sinter formations.

You’ll find Orlova Chuka, named after the rock crown above the entrance, in the northeastern Bulgarian Danubian Plain. Archaeological studies have discovered cave bear bones and traces of human use during the Paleolithic and Copper Ages.

These 12 caves in Bulgaria are waiting for you – which will you explore first?