We live in a day and age that is far more diverse than ever, but unfortunately, we are still to reach the point of every country globally having total tolerance, and Croatia is no exception.

I’m regularly asked if Croatia is gay-friendly or tolerant of those in the LGBT community. So, I figured out what better way to answer that question than to do a blog post dedicated to answering the questions about gay travel in Croatia.

Before we get into it, let me start by saying I am not gay and have compiled this post based on information from fellow expats in Croatia, Croatians, and those in the travel community.

The good news is that, yes, Croatia is, by in large, a place that the LGBT community can travel to, with some precautions.

According to the 2011 census, around 86% of Croatians are Catholics, and most Catholics share a biblical ideology that only a man and woman can be together and raise a family. Though our gay community in Croatia has been permitted civil unions since 2014, single gay people can adopt (couples are not permitted).

A survey from the ‘German Spartacus International Gay Guide’ announced that in its 2019 ranking of countries for gay-friendliness – that Croatia is now as gay-friendly as the USA, Bermuda, Bosnia, and Herzegovina, Chile, Costa Rica, Thailand, and Cuba.

It’s recognized by most that there are huge differences in the mindset between the more touristic urban areas and the rural areas of Croatia as to the acceptance of gay travelers. Given this, where you go in Croatia and how you act while there could make a difference to your experience.

Legal protection in Croatia has risen to good levels for the LGBT community, and homosexuality has been legal since 1977. Some say Croatia is one of the most tolerant European countries for gay travelers.

Some laws protect gays and lesbians’ rights: such as anti-discrimination clauses in the Labor Code and the Croatian Criminal code that have recognized hate crimes since 2003.

No legal issues are stopping you from holding hands or other forms of PDA in Croatia – though it’s widely agreed that gay tolerance isn’t 100% just yet. Sad, yes, but this is the world we, unfortunately, live in, and I’d recommend that you think about your desire for PDA and the potential conflicts that may arise on your vacation.

Below, I’ve tried to give you all the information I’ve compiled from the community to help you understand travel and being gay in Croatia. 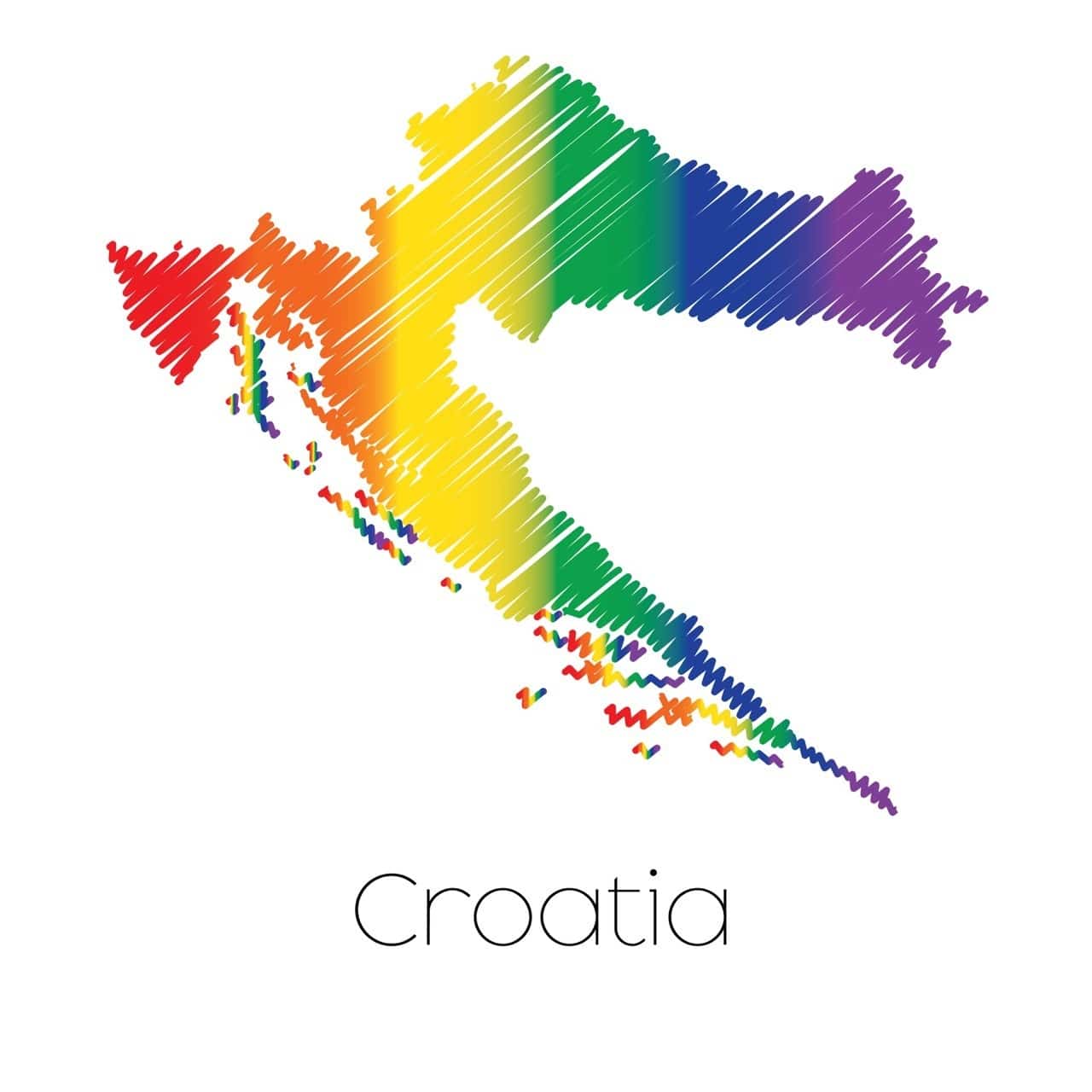 The general consensus amongst locals and visitors to Croatia is that it’s perfectly acceptable to be gay, lesbian, bisexual, transexual, or anything else you want to be in Croatia – but it’s not a good idea to be that open about it.

For instance, gay couples are perfectly welcome in Croatia, with no problems at all, but it’s not the best idea to hold hands in public or indulge in major PDAs, given that some may still take offense.

Some report they were given odd looks, disparaging remarks, or even refused service for being openly gay. That said, other people have no issues at all.

When I asked, it seemed that Zagreb and Dubrovnik are touted as the most LGBT-friendly locations in Croatia, with Split and Rijeka also great choices.

The rural areas are not to be avoided because they have some areas of authentic beauty and culture, but it may be best to travel as friends in these areas rather than as a couple.

It pains me to write that, and it’s not a blanket rule, of course – though I’d be sad to hear of someone having issues if I said, ‘be as open as you like.’ The overwhelming majority of locals, even in rural areas, will welcome you with open arms, but it really only takes one to spoil the party, right?

As I can judge from my reader’s emails and messages, it seems that the biggest worry for most LGBT couples is the issue of accommodation and worries about being turned away if they ask for a double bed.

This will not be an issue in most tourist parts and with large hotels. Most hotels and guest houses I contacted all stated that they were perfectly welcoming to LGBT guests; however, there are stories where people faced private accommodation issues, as was the case in Zadar in 2018.

Someone wrote to me and said when they travel, they ask for twin beds not to raise suspicion; then they push them together, so the hotelier is none the wiser!

From the general advice on my Facebook page, however, these accommodation choices are known to be LGBT-friendly:

Of course, I am sure there are countless more, but these will get you started! 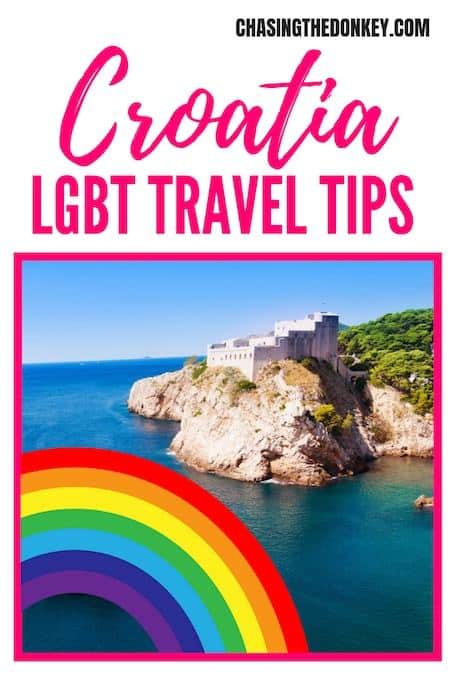 There aren’t many openly gay clubs in Croatia; however, Zagreb does have a couple (Hotspot and Rush). This is undoubtedly the most LGBT-friendly of cities in Croatia.

Zagreb has a Gay Pride Day, which is gaining more attention each and every year. Dates change every year for this event; you can keep updated with the next ones here.

You won’t find gay parties like those in other parts of Europe, though there are several gay-only tours from various travel agencies. I saw a gay sailing cruise – from a sailing company specializing in gay-only cruises, with Croatia being one of their destinations. Look up www.gaysail.com; it seems as though the trips are either one or two weeks, and you get to see the central coastline during this time, with a gay skipper and crew on board.

So, is Croatia – LGBT-friendly or not?

Yes, but be cautious with showing affection and speaking openly about your homosexuality. It’s absurd that in 2019 I have to give that advice, but unfortunately, we’re far from total acceptance here in Croatia – not just anyways.

I am sure that you will enjoy your time in this stunningly beautiful country, and if you have anything to add after your trip – please let me know in the comments below.