5 Croatian Islands You Can Reach By A Bridge

Home > 5 Croatian Islands You Can Reach By A Bridge

5 Croatian Islands You Can Reach By A Bridge

Are you planning a Croatian road trip and want to see the islands? You can! Many of our islands can be reached by car ferry, but sometimes the hassle of buying ferry tickets and waiting for the ferries – especially in the high season can be somewhat annoying when you are as impatient as I am.

That said, here are five Croatian islands you can easily drive to.

Along the waterfront, you will find the Dominican monastery of the Holy Cross, founded in 1432. The monastery is distinguished by a beautiful Renaissance courtyard and a respective art collection.

Čiovo is a hilly island with the highest peak of Rudina. The settlements of Arbanija, Slatine, Okrug Gornji, and Okrug Donji are worth checking out for rest and relaxation. While in the summer you’ll find local festivals & folklore shows. 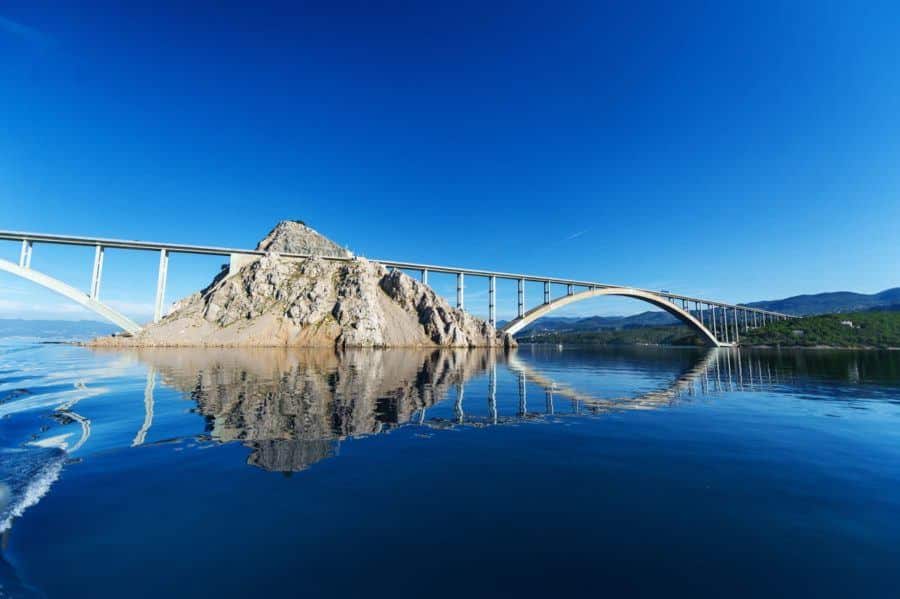 The largest and most populous island in the Adriatic Sea, Krk Island is an exceptionally accessible island in the Kvarner region. Tens of thousands of tourists find their way to this beautiful island each summer via a 1,430-meter-long concrete bridge from the mainland near Rijeka, said to be one of the world’s longest concrete bridges.

Krk’s popularity has much to do with this convenient location and its proximity to Slovenia and northern Italy. The numerous things to do on Krk Island, which we will get to shortly, are a massive factor as well. 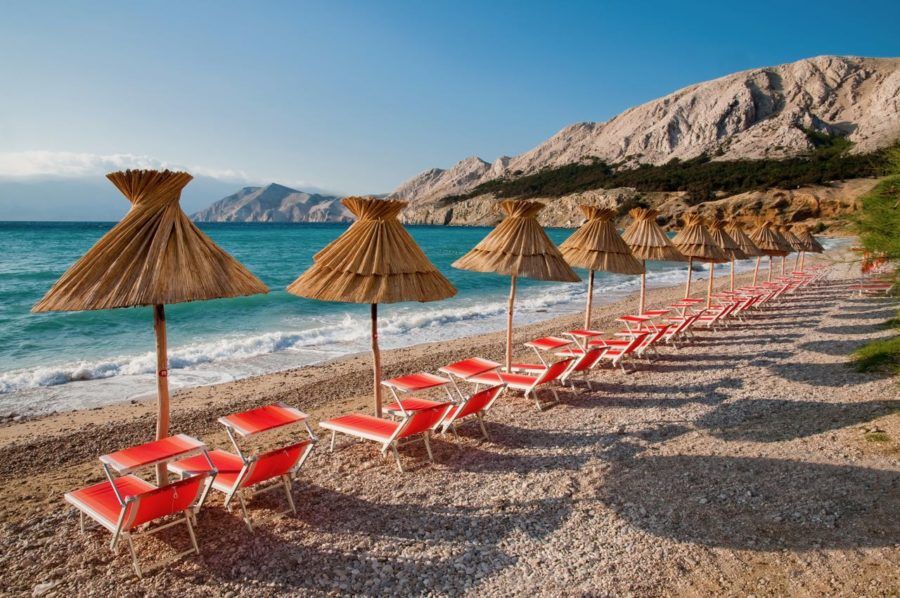 Referred to as the “Golden Island” for many centuries, Krk Island lies in the middle of gorgeous Kvarner Bay, a region blessed with supreme natural beauty and a wealth of cultural attractions. In fact, the island is sometimes also called the “cradle of Croatian culture,” a status it’s justifiably very proud of.

A fun thing to know about the island of Krk is that locals believe the island is connected to the number seven. For example, Croatian people have lived there since the 7th century; pirates have attacked Krk seven times, the island survived the assaults every time, and the island now has seven centers.

Here is your guide to Krk Island. 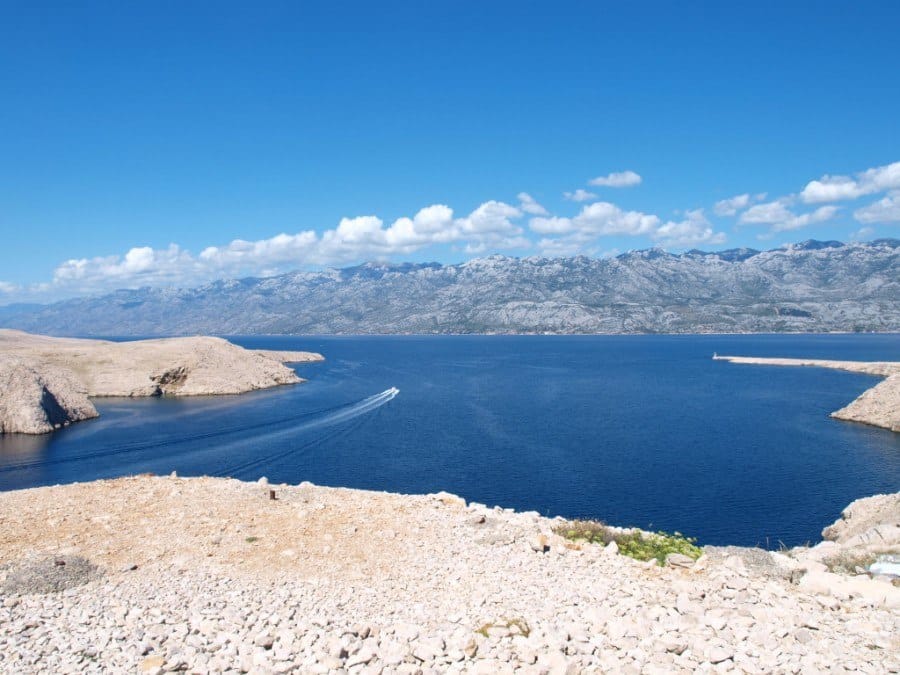 I am told that Pag Island was once home to an extensive forest before Venetian overlords exploited that natural resource. I don’t know if that is true, but Pag Island is merely a rocky limestone outcropping in the Adriatic Sea. However, to dismiss this location based on its treeless landscape would be a mistake.

During the summer months of July and August, parts of Pag Island transform into a giant, riotous beach party, so we’ve found you some family-friendly activities. Despite those rowdy parties, Pag is still one of the most family-friendly islands in the Zadar Region. At other times of the year, this is a quiet destination known for its culinary delicacies, such as Paški sir, a type of salted goat cheese and freshly harvested salt. Pag Island is also known for intricate lacework that is still handmade by the inhabitants.

Pag Island is also home to the first Croatian wind farm, which has been in operation for the past ten years, and visitors to this sunny spot will undoubtedly find plenty to see and do. We recommend you rent a car and check out these ideas!

Here is your guide to Pag Island. 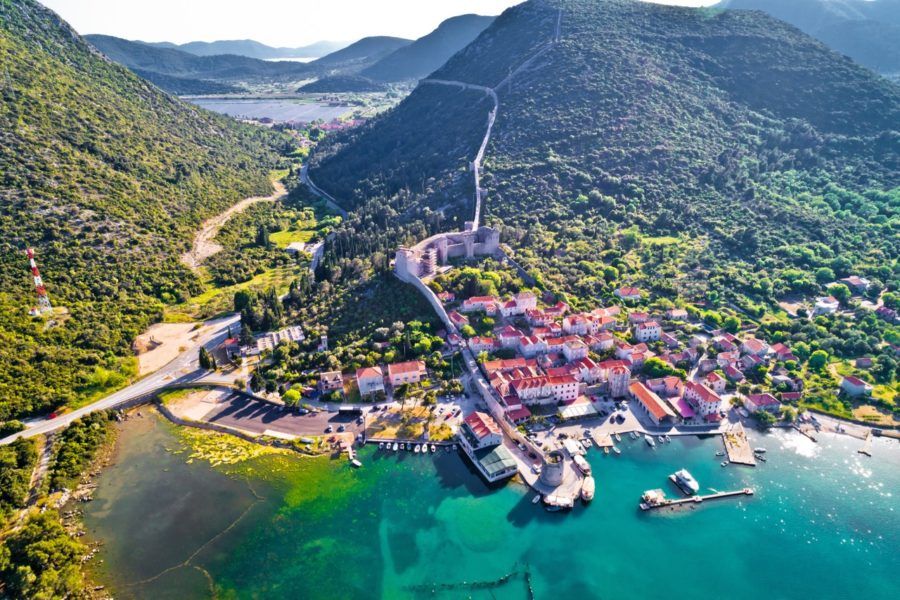 Despite the fact that the earlier years of this beautiful part of Croatia are shrouded in mystery, we know that the sparsely populated but seriously impressive Peljesac Peninsula was initially mentioned by Greek writers known as the Roman Province of Dalmatia.

Following a changing of hands, the area was part of the French Empire in the early 1800s before passing over to the Austrian Empire. Moving on from this, for around 70 years, the area was then part of Yugoslavia before Croatia was granted independence in the 90s. For this very reason, the Peljesac Peninsula is an area dripping in history, nods to various cultures, and is the ideal place to visit.

Though it is only home to about 8 thousand people, the Pelješac peninsula is now coming into its stride as a top travel destination.

We prioritized heading to this part of the world as soon as we moved to Croatia; with so much traveling and with a baby in tow, it took us a while! This region has long been known for its delicious shellfish, dry red wines, and gorgeous beaches, so there are many reasons to love the Pelješac peninsula.

The Pelješac peninsula is easy to get to from Dubrovnik, so we always recommend this part of Croatia to anyone who loves wine.

Here is your guide to Peljesac.

The island of Vir is located in the Zadar region. Though of the smaller islands in Croatia, in summer it’s packed! The island is connected to the mainland via an easy-to-access bridge from Privlaka. Cyclists love Vir for its flat terrain and beaches. While on the island, do not miss the Venetian Castle Kastelin or the Chapel Sv. Juraj. If you have some dollars to spend, you can also sleep in the Villa lighthouse Lanterna.

Here is your guide to lesser-known islands in Croatia.