How To Get From Tirana To Durres (& Durrës To Tirana)

Home > How To Get From Tirana To Durres (& Durrës To Tirana)

How To Get From Tirana To Durres (& Durrës To Tirana)

If you’re lucky enough to be spending some time in Albania, you’ll undoubtedly want to get out and about and explore the country a little. One of the latest countries to open up to mass tourism, Albania is a beautiful and fascinating destination. Its capital, Tirana, is bustling and modern yet still has plenty of nods to times gone by, including Ottoman architecture and Soviet-era reminders.

Of course, Skanderbeg Square is the capital’s focal point and houses the National History Museum and plenty of people-watching opportunities!

Despite the fact that plenty of time in Tirana is definitely recommended, it’s a good idea to venture further. In that case, Durres might be your next destination.

A beautiful city on the shores of the Adriatic, it’s entirely possible to visit Durres from Tirana for a day trip, but you might want to stay a little longer once you see the amazing beaches!

In that case, you need to know how to get from Tirana to Durres and back again. We’ve got you covered.

Tirana To Durres By Bus (And Back Again)

The easiest option is to take the bus. It’s also a relatively low-cost choice, and buses tend to run on time throughout the day.

To travel to Durres, you’ll first need to get to the central bus station for this service, which is located at Dogana. Head to Skanderbeg Square and take line 7 or 2, which will take you directly to Dogana. From there you can like to the main Durres bus. The first bus is around 5km in the distance and will cost you around 130LEK.

Once you arrive, the bus to Durres will be very obvious. This service takes around 45 minutes, depending upon traffic, and departs every half an hour. The bus runs between 6.30 am and 7.30 pm daily. It will cost you around 130LEK for a one-way journey.

The bus is very comfortable, and the highway is modern and new, so it’s not going to be a bumpy ride in any way! Once you arrive in Durres, you’ll need to walk 10 minutes into the city center.

When you’re ready to return back to Tirana, simply return to the same spot and take the same service in reverse!

Tirana To Durres By Taxi 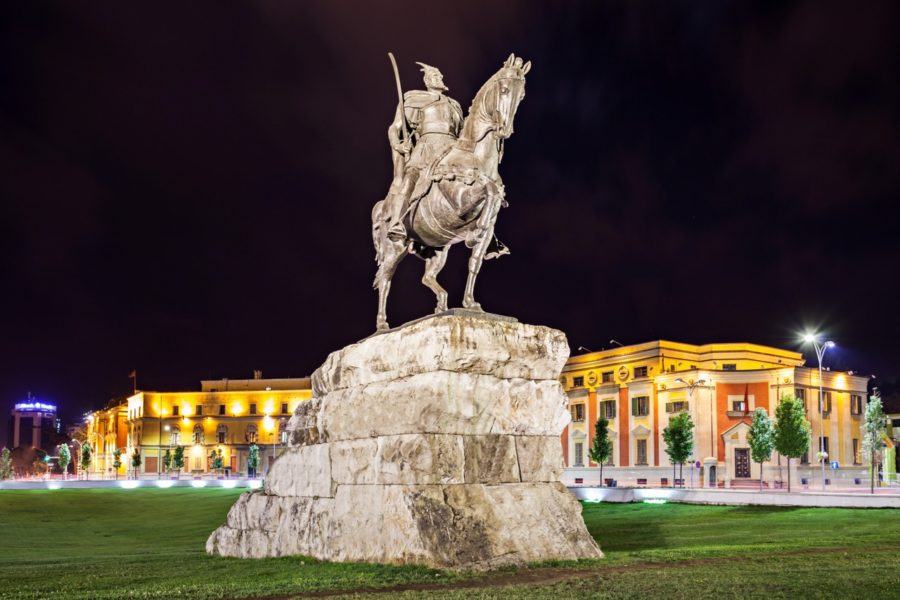 If you prefer a private route, you can take a taxi to Durres, which will cost you more. Be sure to set the price with the taxi driver before getting in the cab, but some will insist on using the meter.

The journey should take around 45 minutes and will cost you between 2000-2500LEK.

Any taxi from the center of Tirana will take you to Durres, and you simply reverse the same process when heading back to the capital at the end of your trip.

Tirana To Durres By Car

You can hire a car and drive between the two cities very easily. It’s only 45 minutes at most; however, this will depend on traffic during the summer months. The distance is just 36km, and the road is a brand new highway called SH2. You simply head to Skanderbeg Square in the center of Tirana and then connect to the highway, traveling the rest of the way to Durres. Just reverse the instructions on your way back.

Driving is effortless and comfortable. The road is easily marked and is modern, so no issues for drivers who may not be familiar with Albania.

Tirana To Durres By Train

Traveling between these two cities by train may not be the most obvious or most comfortable choice, but it will give you a real experience. Trains in Albania are very old and in need of an upgrade, dating back to the communist era, but that means you get to experience a historic journey like no other. The train will also take you through the stunning countryside, and because it isn’t high speed, you’ll be able to really appreciate what you’re seeing.

The only issue is that the train station isn’t in the center of Tirana and instead you’ll need to take a regular bus to Kashar station, on the city’s outskirts. This is around 7.6km away, and you can catch the bus from Skanderbeg Square once more.

Once at the station, purchase your ticket for around 70LEK one way. The journey takes just under an hour. Once you arrive in Duress, you can buy your return ticket.

There are two trains in either direction per day. The first leaves Tirana at 7.20 am and the second at 8.30 am. From Durres to Tirana (Kashar), services run at 7.05am and 5pm.

Don’t forget to book a room for your stay in Tirana!