Home > 5 Things To Do In The Lake Bohinj Region

Lake Bohinj is the largest permanent lake in Slovenia, and it also happens to be less than half an hour’s car ride from Bled. While my visit to Lake Bohinj happened because of a scheduling mishap that left me a week between my pre-planned travels, it was the best destination I could have hoped for.

A glacial lake fed by, you guessed it, glaciers; the water is cold even in the warm summer months. But its large size means it’s more water-sports friendly than Lake Bled. The lake is nestled between the Julian Alps and on the fringes of the only national park in Slovenia: the Triglav National Park.

Spending a week or two in this region seemed like a lot of time. Still, I had just about covering the most accessible attractions available in this beautiful corner of Slovenia. Here, I want to share the top 5 things to do in the Lake Bohinj region, plus here is a free map of the Lake Bohinj area for you!

A small town on the east bank of Lake Bohinj, it is the most touristy of all the towns and villages in the region, but its charm is undeniable. Even though I stayed in the largest town in the area, Bohinjska Bistrica, I infinitely prefer this scenic town.

With an unparallel view over Lake Bohinj and the readily available water sports equipment rental facilities, it’s an excellent base for travelers.

The moment I fell in love with this town was when the bus drove past the bridge of Ribcev Laz just as the sunset. It was the most serene scene I have ever seen.

Aside from the brick bridge and the church next to it, you can quickly reach some great relaxing spots on the perimeter of Lake Bohinj north of the town.

Northeast of Lake Bohinj, near the town of Stara Fuzina, is the Mostnica River and one of the most fascinating gorges I have ever seen. The Mostnica Gorge is a two-mile stretch of the Mostnica River, where the river has eroded deep gorges.

The stunning turquoise water, mini waterfalls, and rapids formed in the limestone landscape are Instagram-worthy. You can quickly finish the hike around the paid area in half an hour, but I ended up spending one hour there snapping photo after photo.

If you are feeling adventurous, you can even hike up to the source of the Mostnica River, the Okrepcevalnica Slap, crossing beautiful meadows and traditional houses. Though the waterfall isn’t as spectacular as I hoped, the view on the way more than makes up for it.

In my research on what to do in the area, I found the prettiest pier on Instagram in Lake Bohinj. The only problem was that it isn’t easy to reach, being on the south bank of the lake where the main road borders it. However, upon closer inspection, it is close to a public bus station Voglom, and the hostel of the same name.

But the schedule makes it challenging, and I didn’t want to be stuck there for an hour plus waiting for one public bus.

Instead, I rented a kayak at Ribcev Laz and paddled over there. Gravelly banks border lake Bohinj, and there are plenty of nooks and small bays where you can dock your kayak or SUP. I docked mine next to the pier and took some photos and a swim before setting off again. 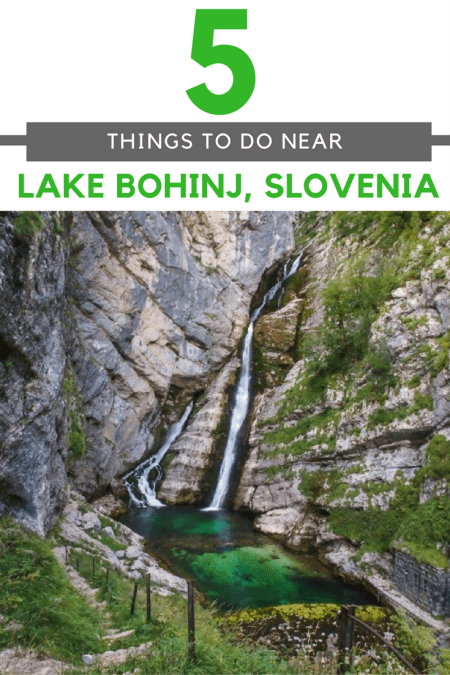 Also south of the lake, Mount Vogel is a ski resort in winter and a popular hiking destination in the summer months. One of its biggest selling points is the view down to Lake Bohinj as you rode the car lift that would take you up to 1,353 m above sea level.

If you are not a keen hiker, you can stroll around the ski center level, where you can admire the alpine sceneries or try zip lining. During my visit in August, there were also herds of mountain goats roaming the ground, who barged around the place looking for grass to eat.

Given the ski center’s name, I decided to hike up to the peak that gave the center its name. The view at the beginning wasn’t anything special, but it began to get better as I got higher. It is topped with a stunning vista of the Julian Alps across at 1,922m above sea level. I can only describe it as being on top of the world. You can read more about my hike up Mount Vogel on my blog.

A waterfall northeast of Lake Bohinj, Savica Slap is famous for its A-shaped double waterfall resulting from a fault line.

A well-developed tourist attraction has a paved set of stairs leading to the waterfall. However, be warned that it’s pretty long, and there isn’t a lot of space at the end for everyone to get a good photo at once. Despite that, the Savica Slap is a beautiful waterfall that hangs on the limestone cliff. And with the vibrant water and curious shape, it is the most visited attraction. Not to mention, it involves the least amount of exercise.

Where To Stay In Lake Bohinj 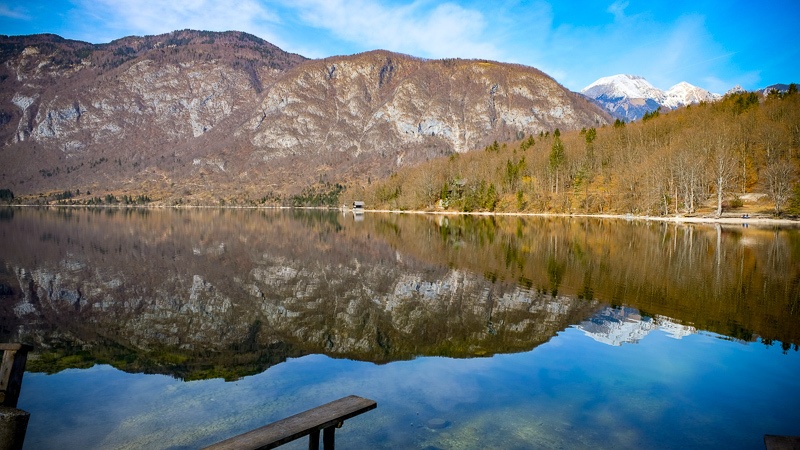 Don’t miss our guide to the best hotels near Lake Bohinj!

How To Get To Lake Bohinj 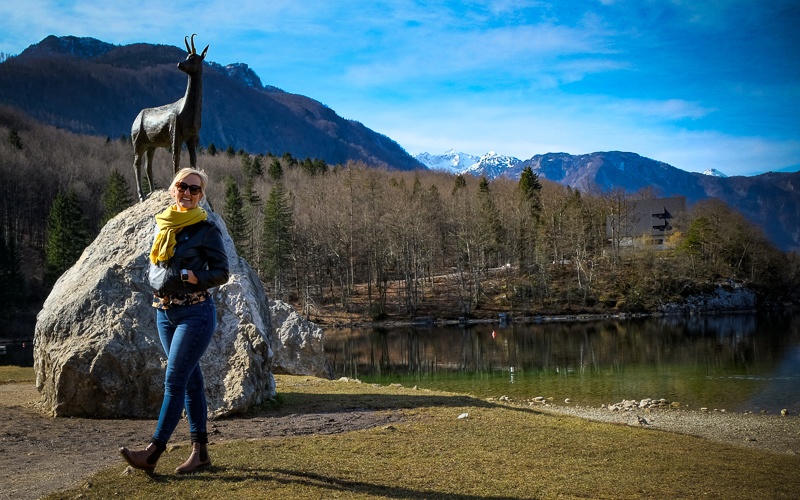 Lake Bohinj is close to Lake Bled, so visiting Bohinj is easy to do on a day trip when you visit Lake Bled on the same day. And the best way to get to Bohinj is by car. Without the hectic summer traffic, the travel times are as follows: