Dormouse, The Biggest Challenge To Hiking The Balkans

Home > Dormouse, The Biggest Challenge To Hiking The Balkans

When hiking the Balkans, you have to be prepared for all sorts of challenges. Probably you don’t speak the language; you’re unfamiliar with the local customs, there are bears, wolves, snakes.

The mountains are dry, water is scarce, it can be sweltering, and near the coast, there is this strong wind called “bura.” The paths are not always signposted or maintained like in the Alps. In some parts, you have to be aware of the risk of mines; you’ll come across abandoned villages and ruins. The traces of the last war are still visible, and it’s an undeniable sad history.

People will tell you stories about the war, about getting lost, about bears and wolves, but what they don’t do, is warn you of your biggest enemy, the dormouse.

What Is A Puh?

In Croatia, I had my first encounter with a dormouse, puh in Croatian or polh in Slovenian. It was on a cold, stormy night in Velebit that I realized I wasn’t alone. Earlier that day, I hiked up to planinarsko sklonište Crnopac, a little mountain hut in the middle of the woods. Local mountaineers spread wooden statues of bears, wolves, snakes, and birds all around this forest to scare innocent hikers. Luckily I knew about these wooden creatures, so no fooling around with me.

Nevertheless, I was glad to spend the night inside; sleeping between wild animals still makes me a bit uncomfortable. That was until I met the dormouse. 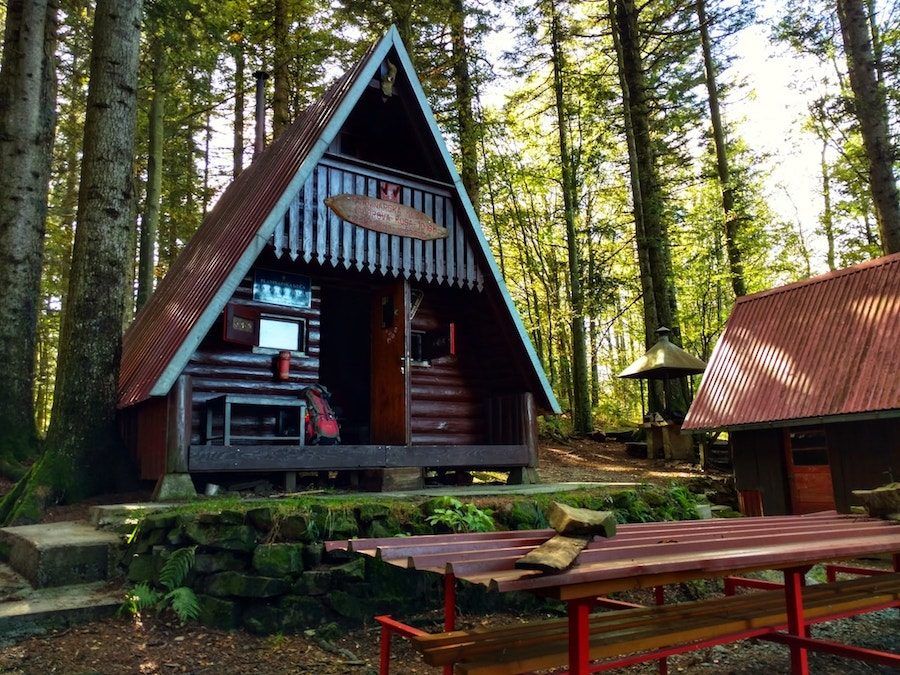 This little puh likes to make a lot of noise at night. It’s looking for food, and they especially love your food. Dormice live in the forest and often take over mountain huts as their new home.

They are fast and, most of the time, invisible. The next morning though, traces of their presence are unmistakable—holes in your bread, muesli bars, and vacuum-packed meals. Really, plastic is no problem for these hungry bastards. If they feel like it, they even eat their way through your backpack or tent. So, be warned!

While the wind was banging on the walls, I suddenly heard something on the roof. Or in the roof. Was it in or outside? I couldn’t tell.

Whenever I was about to fall asleep, footsteps came closer, somewhere near my head. And then stopped. What is this? I wondered. Later I found out that it must have been a puh. Their head looks like a mouse, but their tail is big and fluffy – it’s what makes them kind of cute.

“You have to hang your food in a tree or somewhere else; it doesn’t matter. As long as it’s hanging, dormice won’t touch it.” I have no idea why, but it works.

A few weeks later, I arrived in a little Slovenian village, Podcerkev, in Loška Dolina. In this particular region, the tradition of hunting the dormouse is still very much alive. During the first week of October, they celebrate the beginning of the new hunting season with a big feast in the forest. This is called polhanje.

My host in Podcerkev immediately invited me to join them. Before I realized what I was about to do, I found myself sitting in a car driving up through the forest. The big forest at the foot of mount Snežnik, to be precise.

Apparently, the dormouse is an animal that hibernates. During the summer, they eat as much as they can, but when the winter is on its way, they slow down and find a nice place to take a nap. This is the perfect moment to catch them when they’re fat and slow ánd not looking for your food. 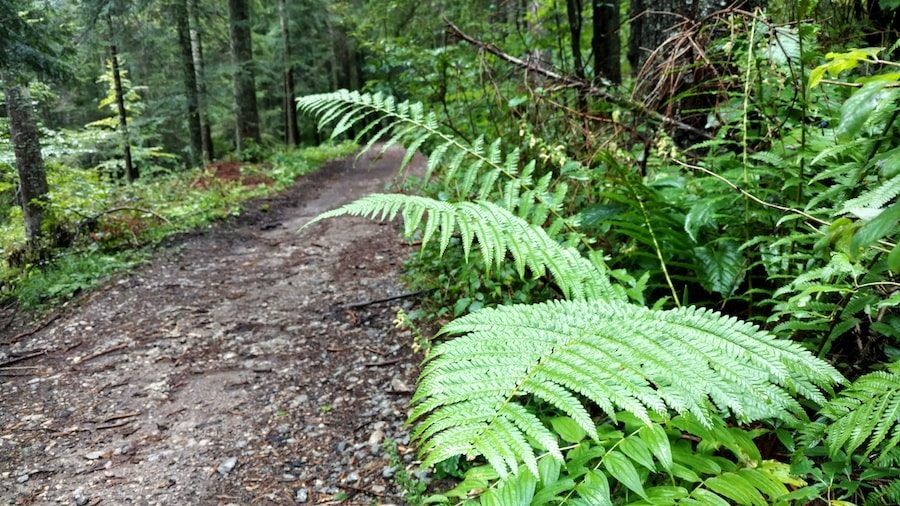 Years ago, the dormouse hunt had been necessary to survive the long, cold winters in Loška Dolina. These days there is much more food available; people don’t merely depend on what their land has to offer. Nevertheless, the tradition of the dormouse hunt is kept alive and passed on to the younger generation.

But how do you catch them?

I wondered. Even if they’re a bit slower, they’re excellent at hiding themselves. You do hear them, but it’s hard to get a glimpse, let alone catch them. “Wait and see.” my host told me while refilling my glass in the meantime. Hunting and drinking go together, that’s for sure. It turned out waiting, and watching was exactly how hunting works.

Earlier that evening, the property owner placed several traps on his land. Some on the ground, but most of them were hidden high up in the trees. Every 30 minutes, we walked in a small group through the forest to check those traps. We followed the footsteps of the dormouse.

As simple as that. I have to admit that I was a bit disappointed; it didn’t feel like hunting. After the third round, we still only had found empty traps. I started to doubt the whole undertaking. Were they fooling me? 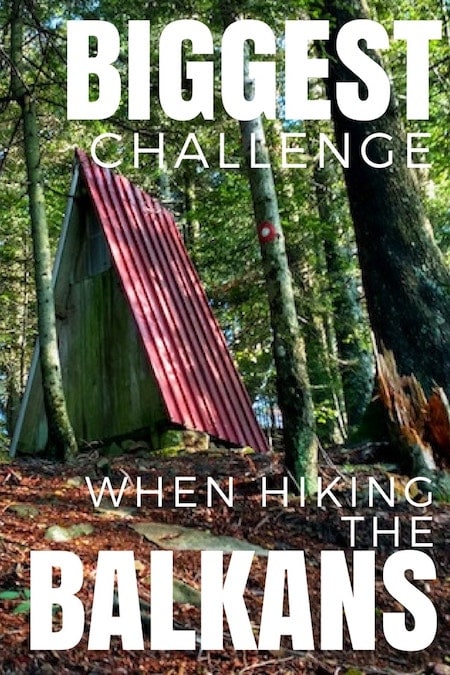 No, they were most certainly not fooling me. Like any other animal, the dormouse hears, smells, and sees much better than we do. Of course, they don’t show up when people are drinking and singing around a campfire. Fair enough.

That’s why a group of villagers spent the previous night in the forest and caught about 50 fat dormice. Half of those were about to be grilled; the other half were meant for the dormouse goulash.

Until I started traveling to Eastern Europe, I didn’t eat any meat. I still don’t buy or prepare it myself, but I believe that eating is a big part of each culture. Sharing food and eating together is a way to get to know a country. That’s why I eat what is offered to me. I eat what the locals eat, and this evening it was dormouse for dinner.

Besides, eating dormouse was my little revenge for all the nights they kept me from sleeping. An act of sweet and very tasteful revenge it was.

What does it taste like? Hard to describe. Soft, juicy, and extremely hmmm… tasty.  A good taste, for sure. I would definitely order it if possible, but I’ve never seen puh on the menu. I guess I was lucky to witness the hunt, the tradition, the feast: Witness, experience, and taste.