Written by Sue, from Travel Tales of Life.

Often listed as one of the top 10 most beautiful spots globally, Croatia’s Island of Hvar (pronounced H-VAR) could easily be the definition of paradise. Besides the pristine pebbly beaches, quaint towns, and gorgeous vistas, Hvar provides a wide variety of spectacular terrain for those on bicycles.

Cycling holidays in Croatia continue to increase in popularity, with guided tour groups becoming a frequent sight, especially on the islands and Istria. With sleeping accommodations provided on a boat, cycling away from the harbor offers visitors a break from tourist crowds on two wheels. Within minutes a cyclist on Hvar Island may feel no tourist has yet found this nirvana. 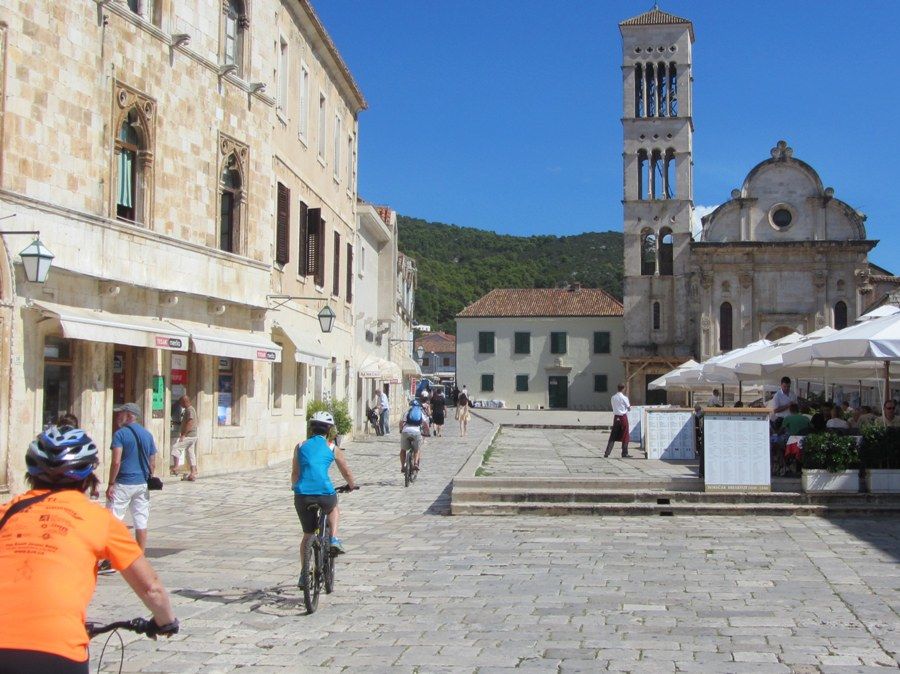 Our trip to Hvar Island was a self-guided affair and began with a ferry ride from the mainland city of Split to an island that has been inhabited since the 4th century BC. A guidebook will describe Hvar’s climate as perfect and the landscape lush and green. It takes approximately fifteen minutes on a bike, traveling in blistering sunshine toward the island’s summit, to realize that the author of the guidebook may not have been traveling by bicycle but rather lounging on a Croatian beach while conducting research.

The Reality Of Self-Guided Cycling 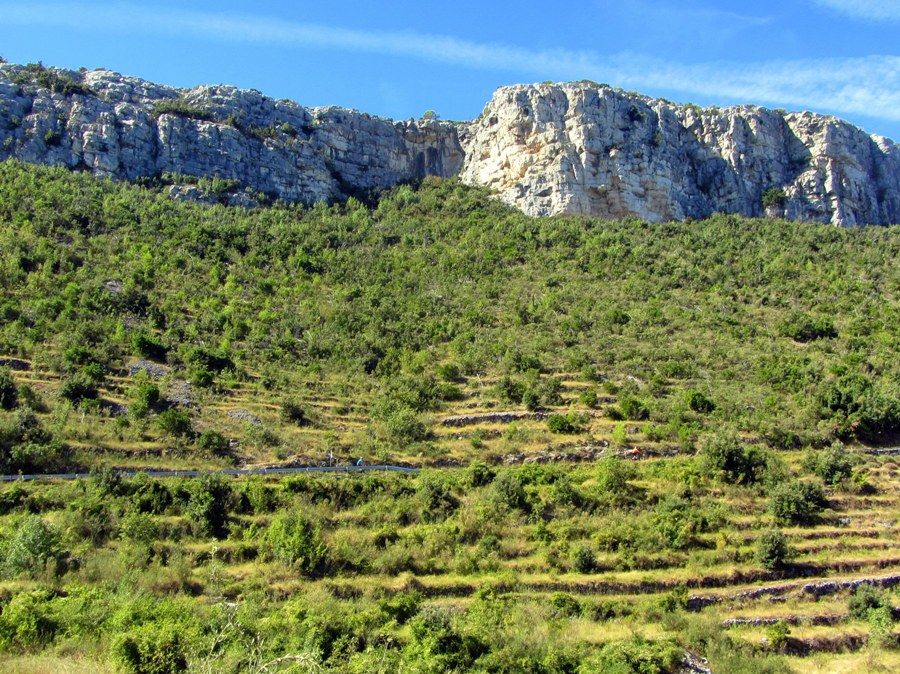 When our ferry docked at Stari Grad’s town (meaning Old Town) on the northern side of Hvar, the reality of our self-guided cycling day became apparent. Fresh off a week-long guided cycling holiday in Slovenia, we felt confident we could manage this one day on our own in Croatia.

However, without a guide to meet our needs of food, water, and the most basic essentials of all-the bikes, the challenges began. Our research had included that Stari Grad had a bike rental shop near the ferry terminal. We pictured it steps from the terminal, and it was a taxi ride away. No harm done.

We set out to Hvar town with bicycles rented and a quick stop at a nearby grocery store for supplies. The road signs directed us to the ‘Bike Route,’ which immediately turned and climbed skyward. We had decided not to bring our padded cycling shorts since it would be such an easy day. Suffice it to say that by day’s end, sweating in the blazing Croatian heat; we were keen to stand and take in views. 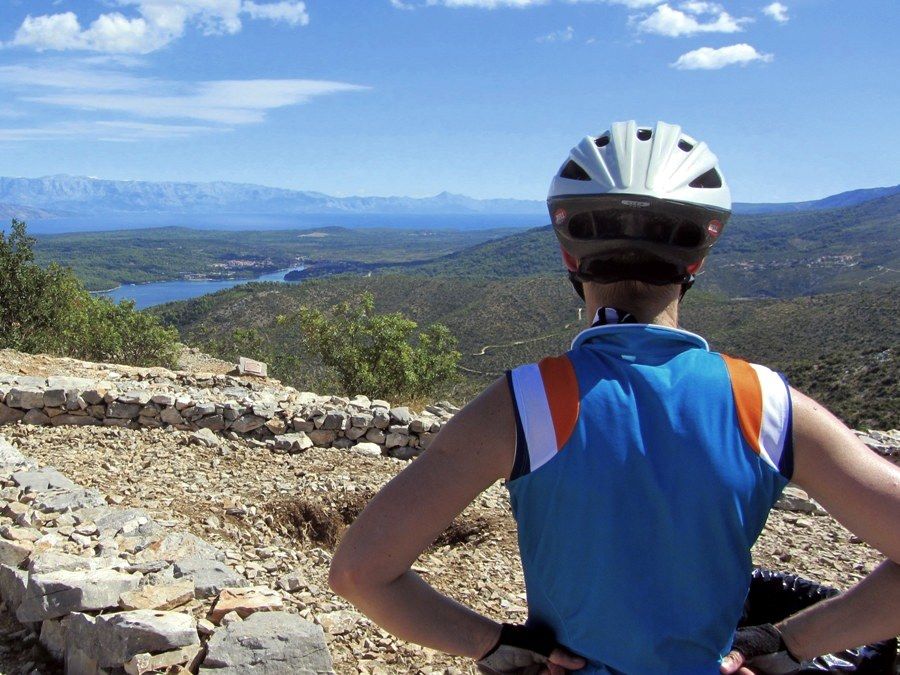 Along the ‘Bike Route,’ there seemed to be an inordinate amount of cemeteries, tombstones, and memorials. With very few vehicles and a noticeable absence of cyclists other than ourselves, we joked that perhaps those traveling by bicycle before us were even less prepared to perish along the way due to lack of food and water.

What Could This Be? 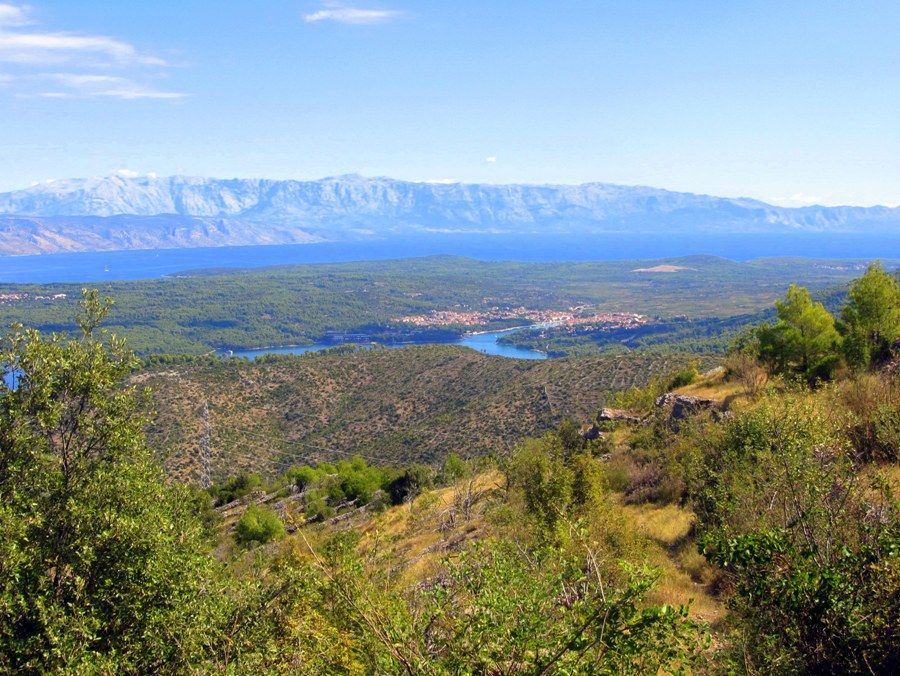 In the photo below, you will see many piles of stones. On higher elevations, the obvious old and often haphazard arrangements could be seen everywhere. Due to the language barrier and lack of information in guidebooks, we remain stumped.

Can you tell us about the rock piles and why they cover the hillsides? 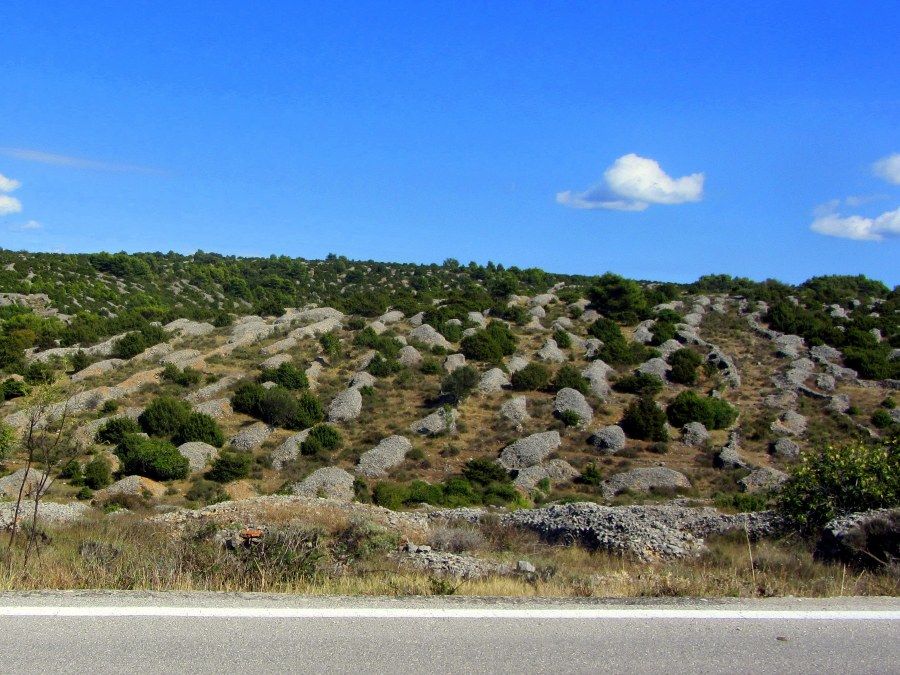 Our Tips For Cycling On Hvar Island 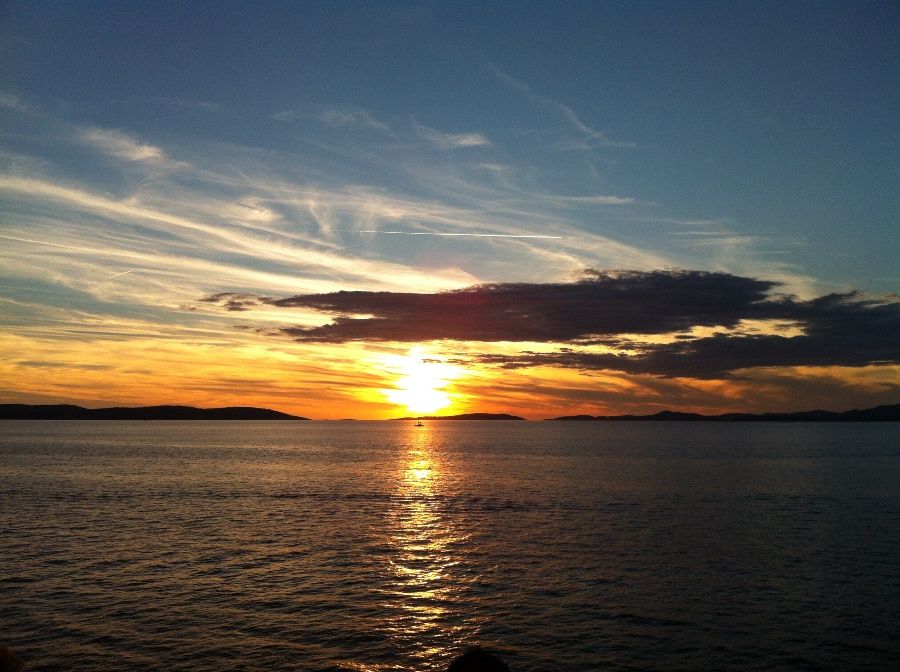