UNESCO Sites In Slovenia You Won’t Want To Miss

Home > UNESCO Sites In Slovenia You Won’t Want To Miss

UNESCO Sites In Slovenia You Won’t Want To Miss

Slovenia is so popular right now, and it has some of the most stunning countryside and scenery on offer, so it’s no surprise.

The small but lively capital, Ljubljana, is an excellent place to visit for a few days, but then the real beauty is a little further afield, there are so many lakes, parks and great areas to ski!

The country lies in what most people called the Balkans (though many in Slovenia will disagree), with the vast Julian Alps dominating the scenery and a stretch of the Adriatic coastline. This all means that anyone wanting to experience the great outdoors is perfectly catered to here. Beach lovers have plenty of choices to enjoy the crystal-clear waters; that said, there is so much more to see than the beach.

Check out these UNESCO World Heritage Sites in Slovenia. 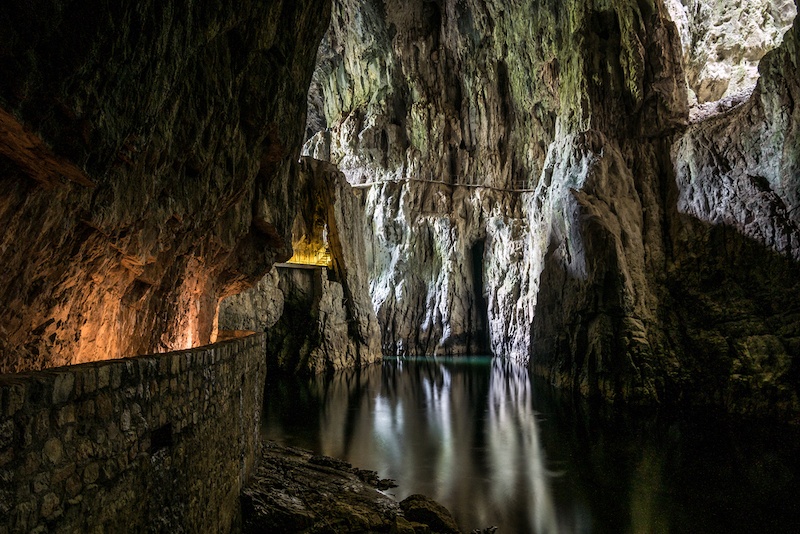 Located in Slovenia’s Karst region, the Škocjan Caves are among the most impressive natural attractions in this part of Europe. The cave is an extraordinary system of underground rivers and waterfalls, collapsed dolines, and subterranean chambers, including one of the largest known cave canyons on earth. Yes, on earth!

The caves have been designated World Heritage because of their exceptional geological features. This is the very area where geological terms like “karst” and “doline” originated. As far as natural Balkans UNESCO World Heritage Sites go, these majestic caves are one of the most impressive.

Pile Dwellings In Town Of Ig

The UNESCO World Heritage Site “Prehistoric Pile dwellings around the Alps” encompasses no fewer than 111 individual sites spread across all Alpine countries. Two of them are located in Slovenia—two separate locations in the town of Ig.

Pile dwellings were stilted settlements built on the edges of wetlands, rivers, and lakes around the Alps. They date from 5,000 to 500 B.C. All settlements included in this UNESCO site are well-preserved and offer an intriguing insight into prehistoric life in Central Europe.

Heritage Of Mercury In Idrija

This UNESCO World Heritage Site comprises the mining sites of two countries. Almaden in Spain and of Idrija in Slovenia.

Idrija became a vital mining site when mercury was discovered in the area in 1490. The current site includes miners’ living quarters, mercury stores, mining infrastructure, and a miners’ theater. An active mine until quite recently, this used to be one of the world’s largest mercury mines.

Do any of the Slovenia UNESCO sites sound up your alley?