Miljenko and Dobrila were two young people madly and deeply in love. It was a forbidden love that would lead to a happily ever after. But not before they tried with all their might to stay together. Miljenko and Dobrila’s story is one that has inspired novels, an opera, and a theatre play in Croatia.

You can discover the tragic love story of Miljenko and Dobrila in Kaštel Lukšić, a small town close to Split in Southern Dalmatia.

Miljenko and Dobrila’s story is the Croatian version of Romeo & Juliet. The young couple met in the late 17th century on a beach by a castle, where they fell instantly in love.

Dobrila was born into the noble Vitturi family, while Miljenko to the Rušinić family. The two families were at war, and once the love affair was discovered, a plan was put in place to keep them separated.

You can visit the Castle of the Vitturi, now the city museum, and Castle Rušinić, which are still standing and are in superb condition for buildings erected in the 15th and 16 centuries. (see below for details)

The Love Story Of Miljenko And Dobrila

Desperate to keep the couple apart, a young Miljenko was shipped off by his parents to live in Venice. At the same time, a sad and lonely Dobrila was kept under her parents’ watchful eyes. Dobrila’s father, Radoslav, was so intent on keeping the pair apart that he arranged a marriage between Dobrila and Družimir, another nobleman from Trogir, a town further north of Kaštel Lukšić.

Dobrila’s Aunt, Countess Demetrija had her doubts regarding the nature and righteousness of such a marriage, so she ordered a soldier to inform Miljenko in Venice. Broken-hearted, Miljenko left Venice and set out to stop the marriage of his one true love. He arrived at the ceremony just as the bride and groom were vowing to love one another to death do them part; Miljenko announced his love for Dobrila, and the wedding was stopped.

Furious at the shame brought on by Miljenko’s actions, Radoslav sent Dobrila to the convent of St. Nikola in Trogir & ordered Miljenko to be killed. Not one to give in and desperate to find his lover, Miljenko got in contact with Dobrila’s once infant nurse, and through her, he passed messages to Dobrila. A plan was set in place for Miljenko to disguise himself as a monk, rescue Dobrila and for the lovers to meet and once again be in each other arms.

Once Miljenko and Dobrila were reunited, Radoslav wanted to avoid any more shame to his noble family and offered reconciliation to Miljenko’s father. The two families reconciled and then sent word for the disobedient lovers to return to Kaštel Lukšić and be wed.

In August 1690, they were finally wed. After an enormous feast, Dobrila’s father was engulfed with rage. He took out his pistol and shot dead his son-in-law on the bridge in front of his castle at the Brce Square in Kaštel Lukšić. 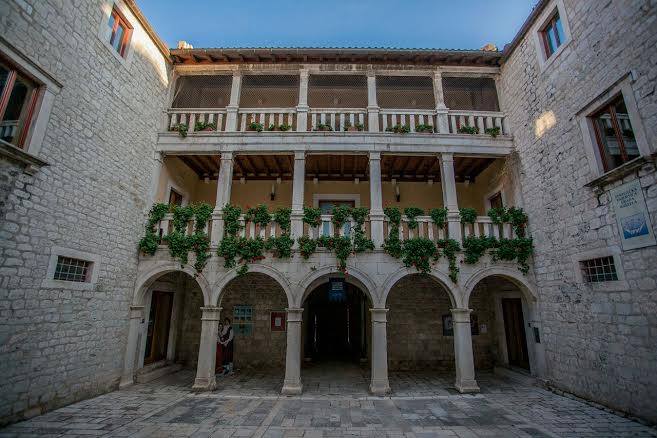 Sometime later, a desperate and broken hearted Dobrila lost her mind, became ill, and died. Dobrila’s final wish was to be buried next to Miljenko in the little church of St. Ivan at Rušinac. Her wish was granted.

Today you’ll find etched on their gravestone “Pokoj ljubovnikom,” which translates to “Peace to the lovers.” In Kaštel Lukšić, you’ll find the 15-16th-century castle of the Vitturi family and The Rušinić castle of the same period. Also still standing is the old church, built-in 1530, where they were married. 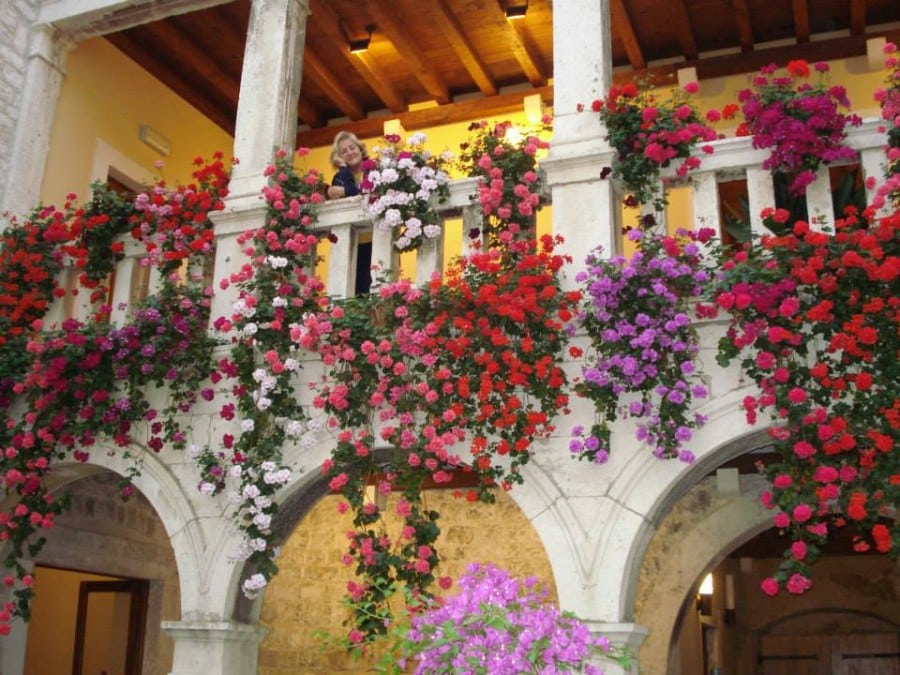 How To Get To Kaštel Lukšić

The Dalmatian coastal town of Kaštel Lukšić is located on the coast of the Bay of Kaštela. It is one of seven old towns that form the city of Kaštela and is easily accessible by car from Split (25 mins), Trogir (15 mins), Šibenik (60 mins) or even as far as Zadar (90 mins). If you’re sailing Croatia, Marina Kaštela is just a few kilometers away.

Visit The Castles Of Kastela

There are seven castles in the Kastela area, and the best way to see them is by bike. You can take a guided bicycle tour of all seven castles each Tuesday and Wednesday with a local.  If you want more info on the town of Kaštela, or to know more about the castles you can talk to our friends at Kastela – Croatian adventure who kindly supplied the photographs for us to share with you all.

You can also visit the local Tourist Board for places to stay, and other things enjoy.

Things To Do In Kaštela?

Be sure also to visit the church St. John Birnj, Our Lady of the Assumption church, and take a wander through the Vitturi park. With over 6 kilometers of bays and swimming areas, some shaded with towering pine trees; the Kastela beaches make a great place to relax.

What are the other things to do in Kastela? Had you heard of the legend of Miljenko and Dobrila before? Let us know in the comments below.